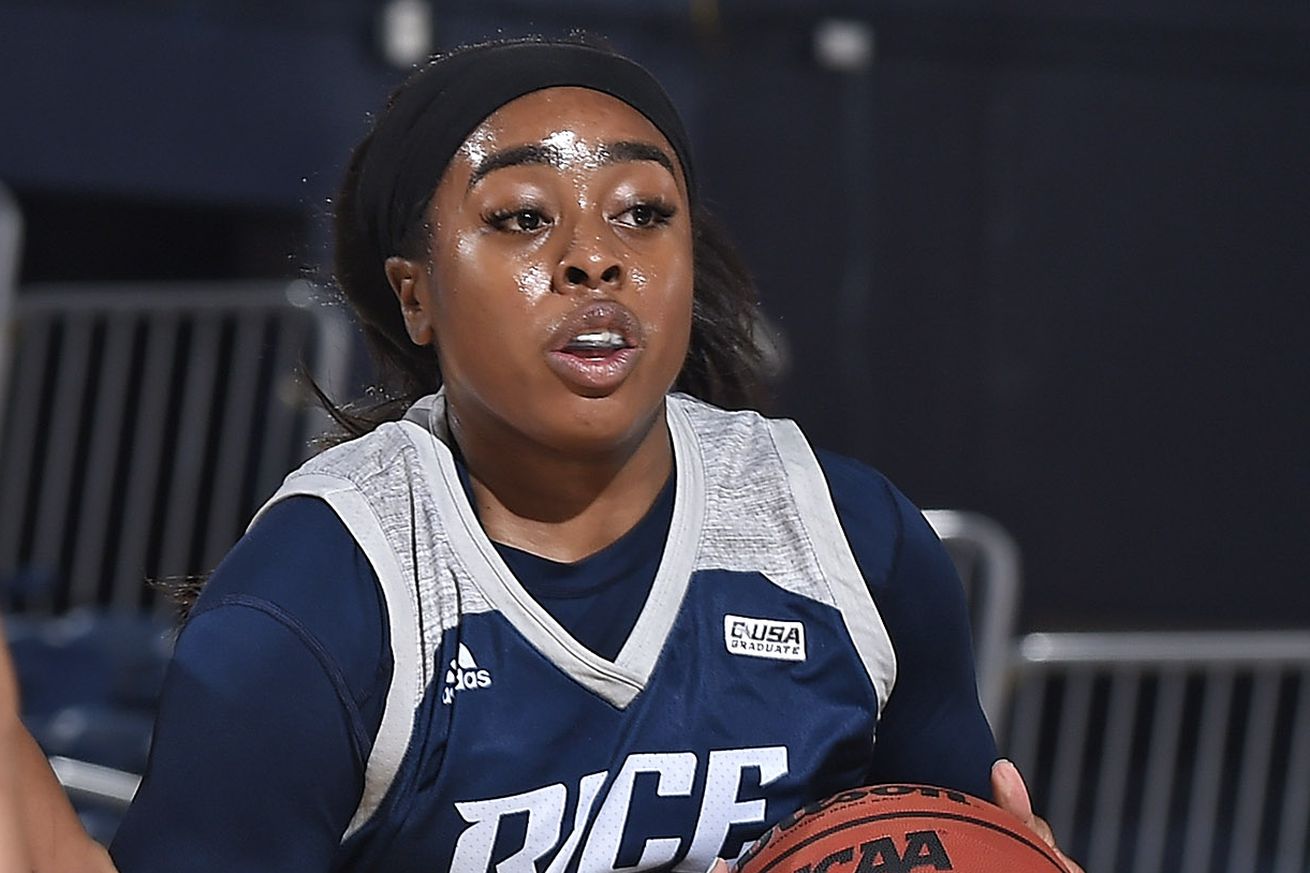 Erica Ogwumike may have a household surname for Stanford and WNBA fans but her path to the pros isn’t as guaranteed as those of her older sisters. | Photo by Samuel Lewis/Icon Sportswire via Getty Images

With the 2020 NCAA Division I tournament officially canceled, women’s basketball fans will be waiting at least a month to see their favorite student-athletes’ next steps. While a handful of those basketball players have WNBA careers all but secured, plenty more are missing out on one last chance to impress league coaches and general managers.

On Thursday, the NCAA officially canceled the upcoming Division I tournaments due to the spread of the COVID-19 virus.

It’s not entirely clear how this will affect the WNBA, whose 2020 season is set to begin in roughly two months. The league put out a statement, but it didn’t give us much new information; right now it appears that the WNBA still intends on continuing as scheduled, with the 2020 Draft being held on April 17 and training camp beginning soon thereafter.

Of course, a lot can happen between now and then, but should the WNBA Draft and season continue as scheduled, it will be the first time in league history that the WNBA resumes without the NCAA Tournament immediately preceding it. This is uncharted territory for just about everyone involved, and it raises countless questions pertaining to the student-athletes.

One such question: Which players with professional aspirations are losing the most by not playing in the NCAA Tournament? In other words, which WNBA Draft prospects most needed a strong tournament showing in order to solidify their draft stock?

For this exercise, we’ll be using Charlie Creme’s (ESPN) Women’s College Basketball Bracketology for tournament hypotheticals, including bubble teams. Here are 10 players from these teams who could have benefited from the opportunity to compete for a national title.

Odom is one of the more curious cases in college basketball. She was never featured prominently in Duke’s offense, but she’s built for the WNBA, with an impressive wingspan and guard skills as a 6-foot-2 forward. Odom will still get a solid look from GMs — particularly when the best players are off the board and potential becomes more of a factor — but a tournament win or two for Duke couldn’t have hurt.

It’s been quite the season for UCLA, which has remained tough in an uber-competitive Pac-12 despite lacking the star power of some of its conference foes. Dean is the Bruins’ sparkplug and leading playmaker, but she’s had a rough season shooting the ball (36.5 percent effective field goal percentage) and her size will be concerning to WNBA scouts. Dean can get hot in a hurry, though, and doing so on the country’s biggest stage would have done her wonders.

Johnson is the classic example of a player absolutely obliterating mid-major opponents while getting relatively little credit for it. She led the country in scoring (24.8 points per game) this season and posted a massive 34.5 percent usage rate, and Rider lost just two MAAC games along the way. If Johnson got the chance to do this against teams from bigger conferences, she’d get hyped up pretty quickly.

If there’s one thing you need to know about Ogwumike, it’s that she has a similar tenacity and athletic build to sisters Nneka and Chiney. It reflects in her statistics: Ogwumike averaged 16.5 points and 10.5 rebounds per game for the Owls this season. At 5-foot-9, though, she doesn’t have her sisters’ size, and it’s difficult for guards dependent on athleticism and with mediocre assist/turnover ratios to make it in the WNBA. Unfortunately, Ogwumike won’t get the opportunity to change anyone’s minds in the NCAA Tournament.

Stonewall was recently named the Big East Defensive Player of the Year — an interesting accomplishment for a player on a team known almost exclusively for its offense. She does have an enormous wingspan and fluid athleticism, so WNBA scouts are going to love her physical potential, though she could have used a couple of hot-shooting performances in the NCAA Tournament to really put her on the map.

Doyle had plenty of momentum just a couple weeks ago, having won Big Ten Player of the Year and leading Iowa to a No. 3 seed in the conference tournament. The Hawkeyes were upset by Ohio State, however — a game Doyle did not play well in. The cancellation of the NCAA Tournament robs Doyle of a chance to redeem herself and help her draft stock.

One of the best rebounders and shot-blockers in the Big Ten, Harris never really took off on mock draft boards during the 2019-20 season. She’s a tremendous athlete who blocked 13 shots in two Big Ten Tournament games; if Purdue ended up making the NCAA Tournament, similar performances could have separated Harris from the pack of potential frontcourt draftees.

Ekhomu, a 5-foot-9 combo guard, will likely still be on the board towards the end of the draft’s second round — a position that generally does not bode well for one’s WNBA chances. While Ekhomu had a solid season for a good Florida State team (14.9 points, 4.4 assists and a very respectable assist/turnover ratio of 2.03), a deep tourney run for the Seminoles would have benefited her professional prospects.

NC State took 35 percent of its shots from deep during 2019-20, and Konig was its most prolific outside shooter, hoisting seven three-pointers per game. She also assisted on over 20 percent of her teammates’ baskets, but the 3-point shot remained her bread and butter. Konig went through a shooting slump in February, but recovered in time to win ACC Tournament MVP for the Wolfpack. It’s a shame that her momentum was stymied.

Unlike most of the other players on this list, Martin has been flirting with potential first-round pick status in several mock drafts. It’s not difficult to see why: She’s an excellent scorer and has the physical tools to succeed at the next level. With junior wings Satou Sabally and Megan Walker leaving school early to enter the draft, though, Martin’s stock as a perimeter scorer has undoubtedly dropped, and she could have used a strong tournament showing to boost it.