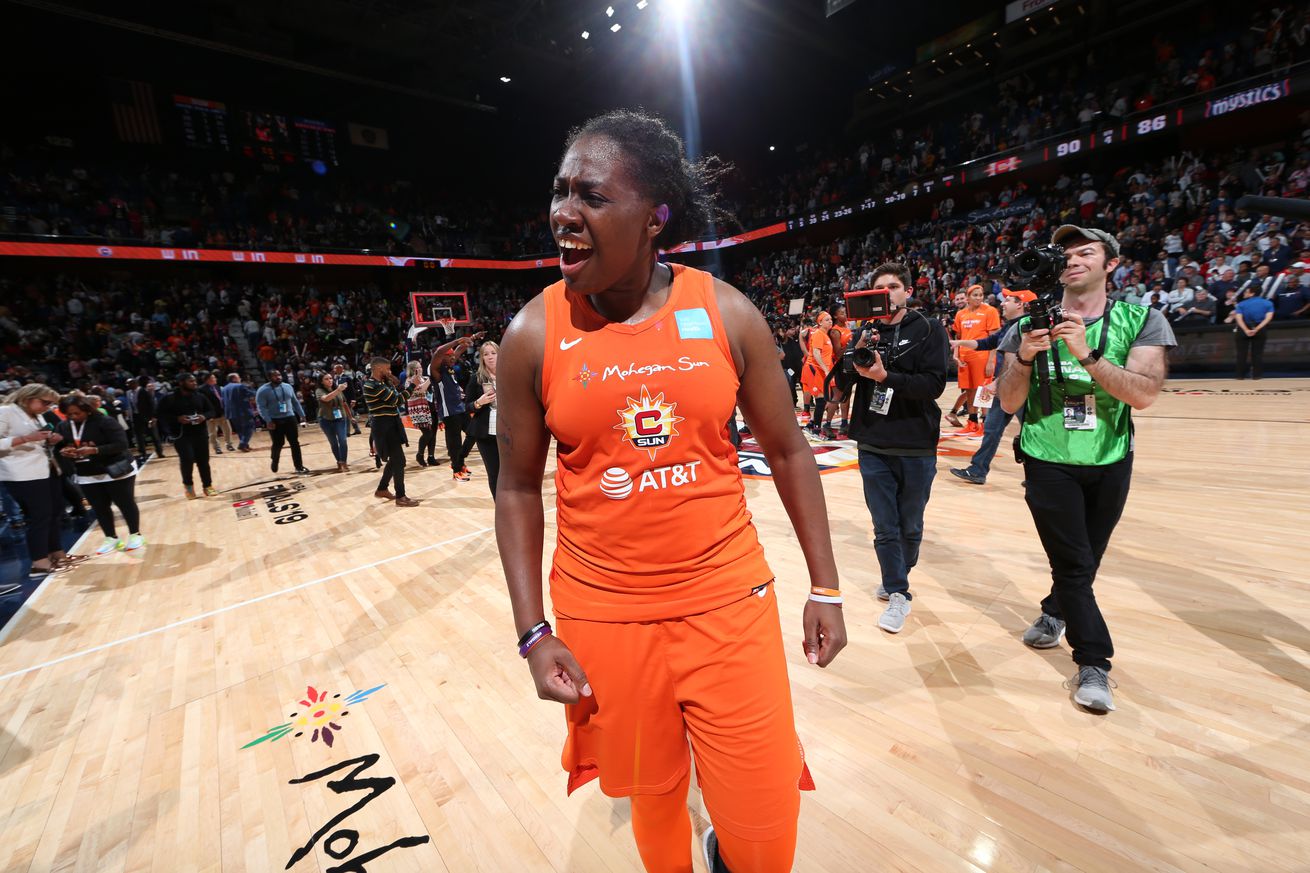 Shekinna Stricklen, winner of the 2019 WNBA All-Star 3-Point Contest, is the third big acquisition of the 2020 free agency signing period for the Atlanta Dream. | Photo by Ned Dishman/NBAE via Getty Images

One week into the 2020 WNBA free-signing period and fans, though eager for the start of the regular season in May, are unsure what to expect from the new-look rosters taking shape. The majority of the 12 teams have made major roster moves, with some players who’d spent most or all of their careers in one city packing their bags for another in hopes of title glory. The face of the Atlanta Dream for her entire professional career, Angel McCoughtry has taken her talents to Las Vegas with hopes of winning her first WNBA championship with rising star A’ja Wilson and Liz Cambage. From there, the Connecticut Sun stole their thunder by wooing DeWanna Bonner to Uncasville. After a respectful farewell, the Phoenix Mercury, Bonner’s former team, brought in All-Star playmaker Skylar Diggins-Smith, Bria Hartley and others. The Dream rocked the league by signing frontcourt forces Kalani Brown, Glory Johnson and Shekinna Stricklen.

Atlanta and Phoenix may be winning the free-agency race right now, but anything can happen as the signing period moves along!

Here are the 2020 free agency signings so far (organized by team):

DeWanna Bonner (acquired via sign and trade from Mercury)

This story will be updated as new information becomes available.