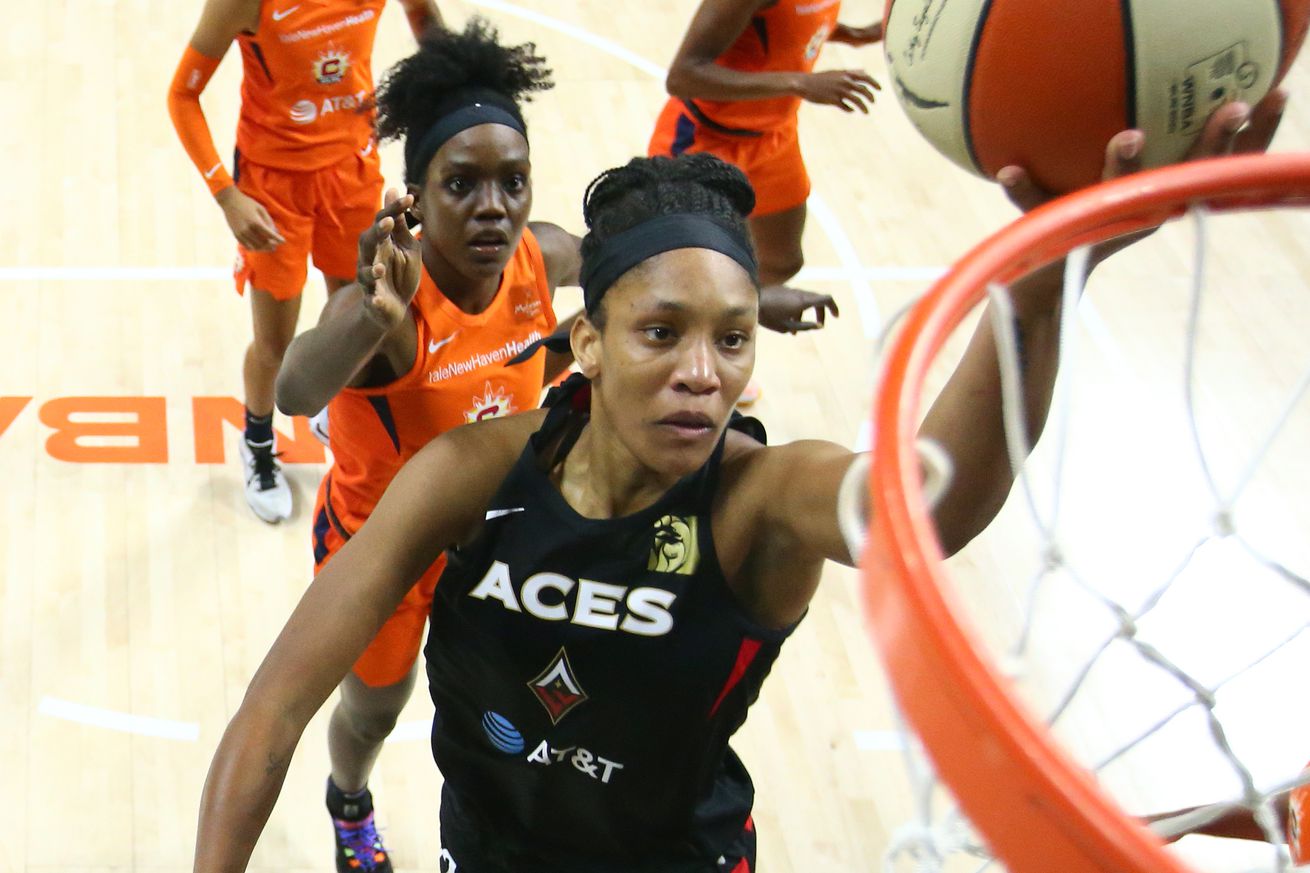 After taking down the Connecticut Sun, A’ja Wilson (with ball) looks to shine in her first trip to the WNBA Finals. | Photo by Stephen Gosling/NBAE via Getty Images

After a fast-paced regular season and an intense semifinal round, the Las Vegas Aces and Seattle Storm go head-to-head to decide the WNBA champion.

After a rigorous five-game series with the Connecticut Sun, the Las Vegas Aces are set to make the second WNBA Finals appearance in franchise history and their first as the Aces. On the other side, the Seattle Storm swept the Minnesota Lynx in the WNBA Semifinals and are making their second WNBA Finals appearance in three years and fourth in franchise history.

During the regular season, the Aces topped the Storm in both meetings between the teams. For the Storm’s part, their star point guard Sue Bird missed both games. The regular starting fives for both teams are intact to start the series but both will be missing impact players off the bench. The Aces’ reigning Sixth Woman of the Year Dearica Hamby missed the last three games of the semifinals and will be out for the Finals due to a knee injury. Meanwhile, Sami Whitcomb, an impactful player for the Storm, is out for the series to be in Australia with her wife, who is expecting the couple’s first child.

On the court, there are intriguing matchups all over the place. Alysha Clark should cover a resurgent Angel McCoughtry, which will be a tough task. McCoughtry scored over 20 points in Games 4 and 5 against Connecticut and looks primed to be part of a championship-winning team. A’ja Wilson and Breanna Stewart head-to-head should be must-see TV but the question for the Storm is how to handle Wilson as a team. How much will Natasha Howard cheat off of Carolyn Swords to help on a double-team? The Storm’s defense will be critical to their success throughout the series.

The Aces got past the Sun without any bench scoring in Game 5. That is unlikely to get the job done against Seattle. Without Hamby, the rest of the bench will have to fill the void. Another thing to remember is that Seattle seemed to settle in over the course of its series with Minnesota. If the Aces do get a jump on the Storm, they will need to stay on top of their game to prevent the Storm from finding their groove.

Keys to the matchup: Defense is crucial for both teams. Each team has players that are great on the offensive end, so expect tough battles back and forth as well as bursts of scoring from each side. The team that can string stops together should be in a good position to get the win.