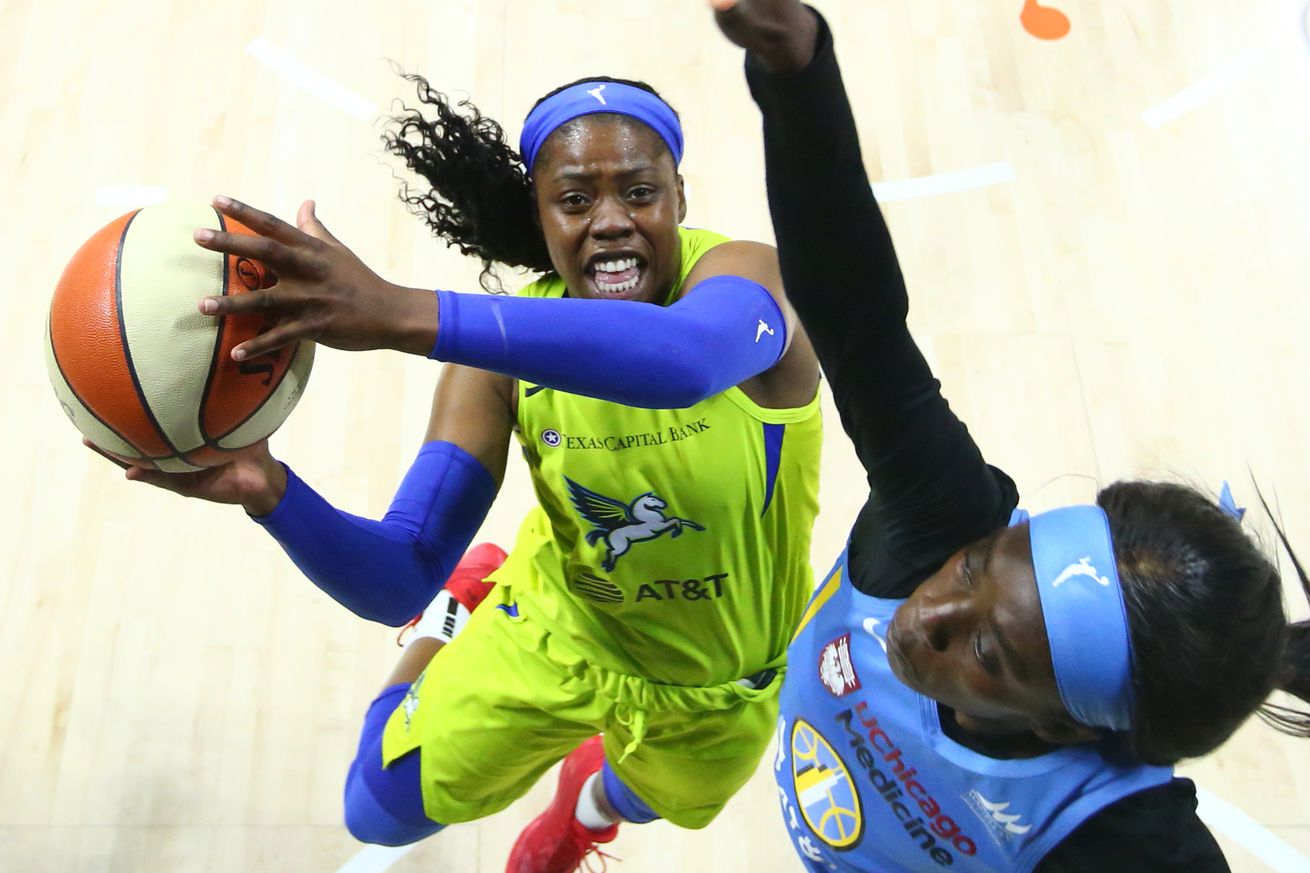 Arike Ogunbowale (with ball) upped her scoring average by 3.7 points from 2019 to 2020. | Photo by Ned Dishman/NBAE via Getty Images

Arike Ogunbowale of the Dallas Wings led the WNBA in scoring this season to earn the 2020 Peak Performer Award. Candace Parker of the Los Angeles Sparks (rebounds) and Courtney Vandersloot of the Chicago Sky (assists) also were named Peak Performers.

The WNBA announced on Monday that Arike Ogunbowale of the Dallas Wings is the winner of this year’s Peak Performer Award for scoring. Candace Parker of the Los Angeles Sparks received an award for rebounds and Courtney Vandersloot of the Chicago Sky was honored for assists.

With 22.8 points per game, Ogunbowale demonstrated her ability to score at all three levels; she averaged 2.2 triples per game and dazzled with phenomenal midrange and at-the-basket games. Last year as a rookie, she was third in the WNBA in scoring as a rookie. Her signature clutch shots in key moments and overall production make her the undeniable Peak Performer.

Parker can affect the game in many ways but rebounding was her true calling card this season. With the league-leading 9.7 rebounds per game, Parker won this year’s Peak Performer Award for rebounds for the first time since 2009, when she repeated for the honor after winning it as a rookie. In 2020, she notched double-digit boards 12 times.

With 10 assists per game and double-digit scoring, Vandersloot is averaging a double-double for the season. She broke her own WNBA record by dishing out 0.9 more assist per contest than she did in 2019. On Aug. 31, she broke Ticha Penicheiro’s single-game assists record, with 18.

A’ja Wilson of the Las Vegas Aces came in second in scoring this season with 20.5 points per game, Connecticut Sun forward Alyssa Thomas was second in rebounding with nine boards per game and Indiana Fever rookie Julie Allemand trailed only Vandersloot with 5.8 assists per contest.