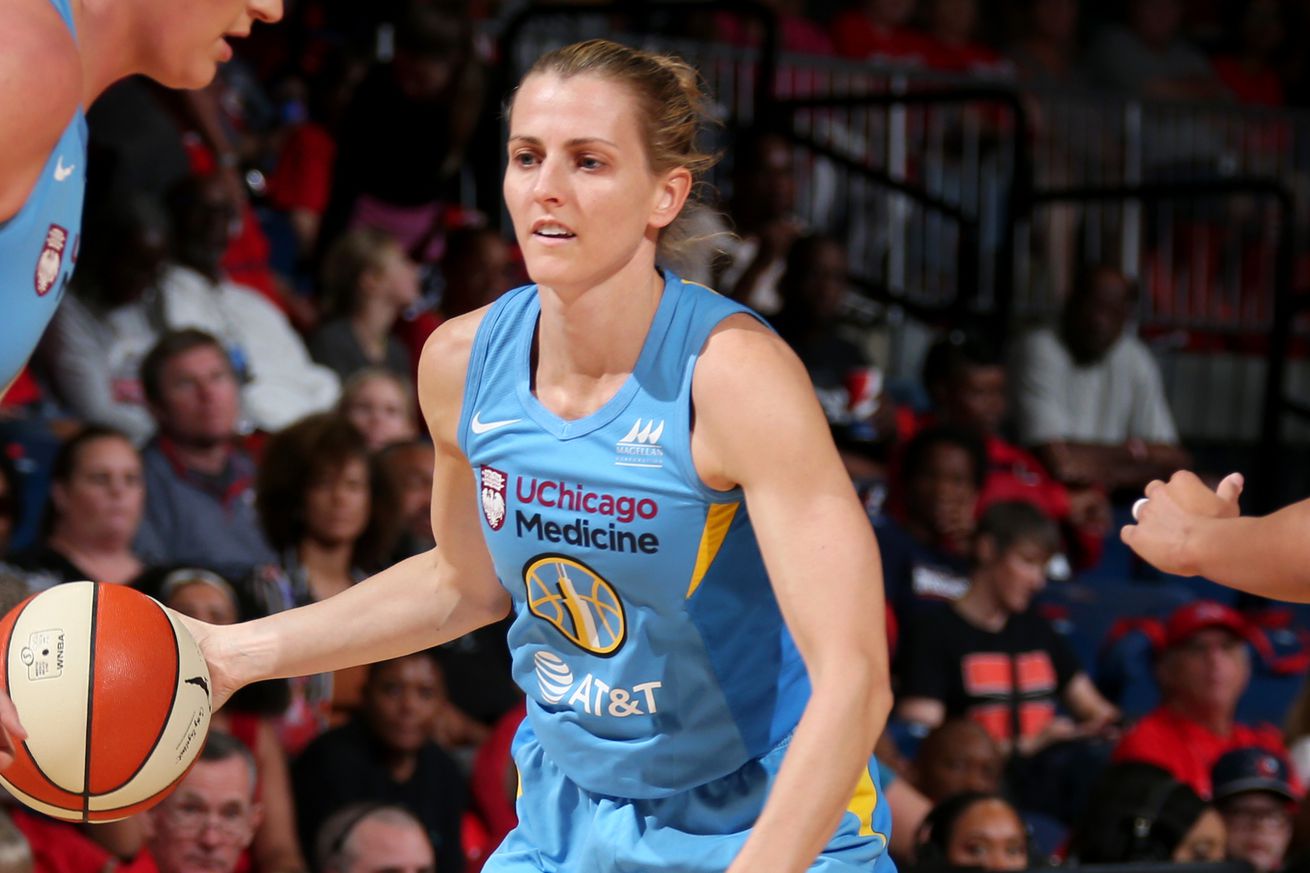 Allie Quigley of the Chicago Sky made the sitting-down shot she had been practicing, but it wasn’t enough to overcome the creativity of the Chicago Bulls’ Zach LaVine. LaVine lost in the final game to the Utah Jazz’s Mike Conley, who advanced over Chauncey Billups in dominant fashion.

Chicago Sky guard Allie Quigley (Group 2) put up another good fight in the the first-ever NBA HORSE Challenge, this time in the semifinals on Thursday night. Despite her valiant effort, Quigley fell to Zach LaVine of the Chicago Bulls on an off-the-backboard, between-the-legs, mid-air layup.

Quigley was given consecutive letters on LaVine’s last three shots, with the R coming on an off-the-backboard, reverse layup and the S coming on a 180-degree jump, free-throw shot.

The three time All-Star and top 3-Point Contest scorer in NBA or WNBA history had given herself a one-letter lead (HO to HOR) on a behind-the-backboard shot but lost possession on her next turn when she missed a mid-range look after a step-back dribble. Had she made that shot, Quigley very easily could have closed things out and won.

LaVine started the round with possession and went straight to a difficult layup. Quigley, however, successfully completed a hop on one foot from the free-throw line and made the underhanded shot to equal LaVine.

The Bulls’ star’s next shot was a reverse layup and it gave Quigley an H. The WNBA All-Star tied the game H-to-H shortly thereafter on a deep two from the left elbow that started with a fancy hop to her left.

Quigley received an O when she couldn’t convert a controversial nothing-but-net floater that was much easier for the taller LaVine, and questionably close to being a dunk. Yet, she bounced back with a mid-range bank shot from a sitting position, which gave LaVine an O of his own.

In the Group 1 semifinal, Mike Conley, Jr. of the Utah Jazz defeated NBA legend Chauncey Billups using his creativity and ability to shoot well with his non-dominant right hand. Those same skills propelled him to victory over LaVine in the final round, making Conley the first-ever NBA HORSE Challenge champion.

Quigley’s teammate and wife, Courtney Vandersloot, captured the Group 2 matchup on her phone and got to talk a bit about her point guard/shooting guard relationship with Quigley:

Is their familiarity with each other on and off the court, and the trust between them, at the root of their backcourt superpowers?