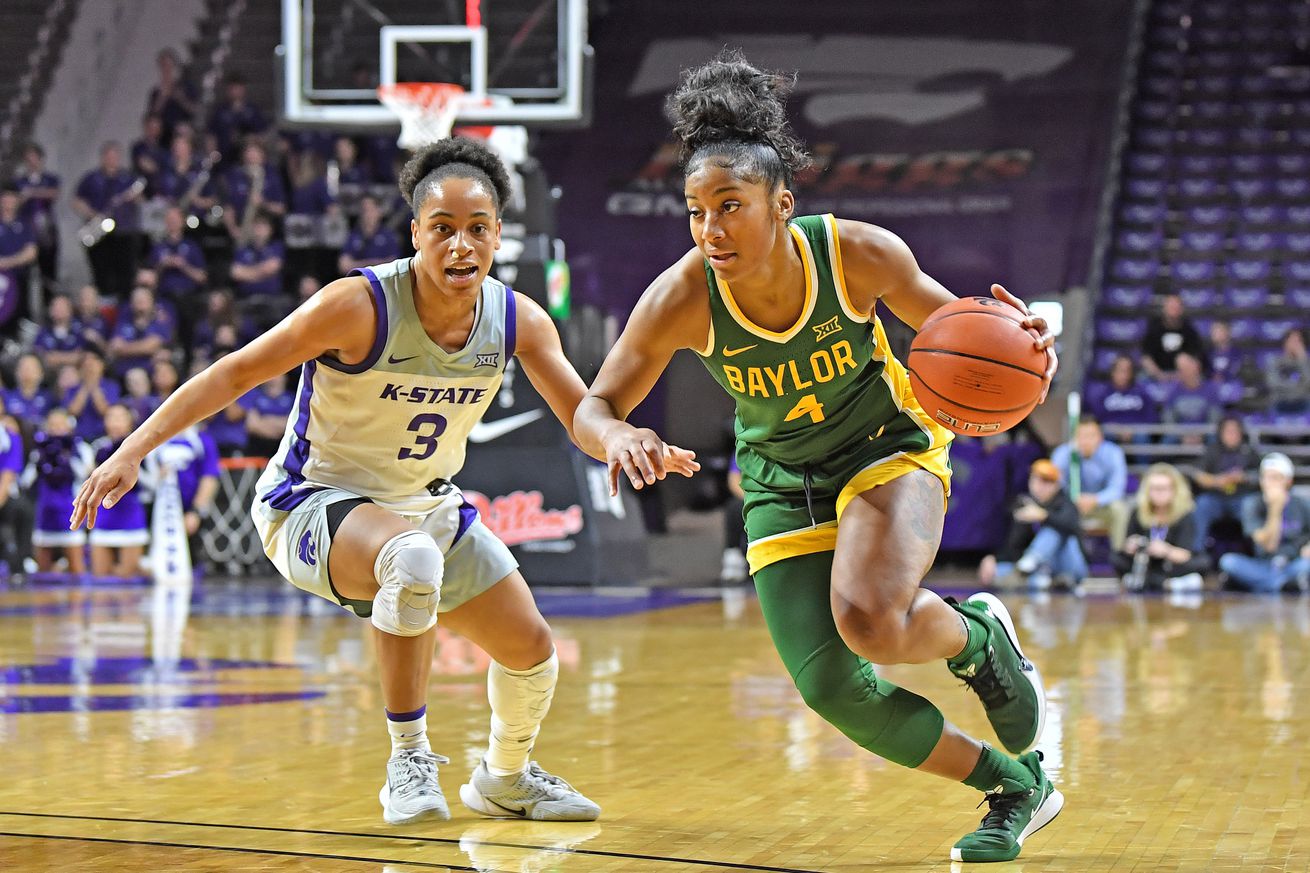 It came as a bit of a surprise that Te’a Cooper (with ball) didn’t make the Phoenix Mercury roster. | Photo by Peter G. Aiken/Getty Images

WNBA teams were given until May 26 to prepare their rosters for the regular season. This resulted in plenty of activity, most of which was expected. Still, a few moves stand out.

There was a flurry of activity in the WNBA last week as teams scrambled to cut their rosters down to regular-season size before a recently-imposed May 26 deadline. Per the Across the Timeline transaction database, WNBA teams made 29 roster moves in the two days leading up to the deadline, most of which involved 2020 draftees and prior undrafted free agent signings.

The majority of these cuts were predictable and likely would have happened even if the WNBA continued with its usual 15-player training camps. A few, though, weren’t so expected. Let’s review some of last week’s cuts from both ends of the spectrum.

Cuts that surprised us

The Mercury entered what would normally be their training camp period with some decisions to make. Though Phoenix had already invested heavily in guards Skylar Diggins-Smith and Bria Hartley in free agency, its selection of Cooper (Baylor) and Johnson (Rider) in the draft suggested that the team was searching for additional depth at the position. Cooper and Johnson would theoretically be competing with 2019 draftees Alanna Smith and Sophie Cunningham for spots on the 2020 roster; both guards making the team would have been unlikely, but carrying one of them would at least give the Mercury some insurance in case Diana Taurasi’s injury issues persist.

With no real training camp to hold such a competition, however, the Mercury decided to cut both Cooper and Johnson. Neither Smith (7.5 minutes per game and 19.5 percent shooting in 2019) nor Cunningham (12.2 minutes and 35.4 percent shooting) had particularly impressive rookie campaigns, but it looks like Phoenix will be giving them another opportunity. Don’t be surprised if head coach Sandy Brondello runs a tight guard rotation with Taurasi, Diggins-Smith and Hartley playing all the minutes they can handle.

It’s the start of a new era in New York. First-year head coach and general manager Walt Hopkins has made it clear that he wants to rebuild around No. 1 overall pick Sabrina Ionescu, using the draft and free agency to fill his roster with shooters and versatile defenders.

Though Gray fits more of a “traditional” frontcourt player mold, she had by far the best season of her career in 2019, specifically as a rebounder. Gray hauled in 11.0 percent of available offensive rebounds last season, good for second in the WNBA among players who played at least 15 minutes per game. So many extra possessions would be particularly valuable to a Liberty team that will probably want to hoist as many 3-pointers as it can, so it’s somewhat surprising that Hopkins didn’t have room for Gray on his 2020 roster.

OK, so this wasn’t a cut (Anigwe and a 2021 third-round pick were traded to the Los Angeles Sparks in exchange for a 2021 second-round pick), but it was pretty darn close. The Wings had clearly put all their eggs into the Megan Gustafson basket when they signed her to a multi-year extension — a curious move for a rebuilding team — and Anigwe became the odd woman out as a result.

The Wings’ 2020 frontcourt has plenty of skill — the team invested heavily in Astou Ndour and drafted Bella Alarie at No. 5 overall — but it’s lacking an athletic, physical presence. Anigwe may still be a raw talent, but it was interesting to see a young Dallas team give up on her so quickly, especially after trading for her last season.

Cuts that didn’t surprise us

The other side to the Anigwe trade was that it gave the Sparks the opportunity to carry 12 players — something they wouldn’t have been able to do with Mompremier.

Per Her Hoop Stats’ Richard Cohen, the cap numbers were such that Los Angeles could afford to keep a 2019 draftee on a salary of $57,00 (signed under the previous WNBA collective bargaining agreement), but not a 2020 draftee getting paid $59,750. That’s how close this was.

While Mompremier was by many accounts “stolen” by the Sparks at No. 20 overall and boasts plenty of athletic potential, as described by our Zack Ward, Los Angeles simply couldn’t keep her due to its cap situation. Mompremier will certainly get another shot elsewhere.

The Storm are another team that enters 2020 just barely below the salary cap, and just like the Sparks, they would never realistically be able to carry any of their 2020 draftees.

That includes forward Holmes (who Seattle drafted at No. 19 overall) and guard Gorecki (No. 31 overall), both of whom were cut last Tuesday. Holmes, in particular, brings a combination of size and ball handling that makes her an intriguing frontcourt prospect, but she and Gorecki were more or less drafted into an impossible situation. The Storm could have cut a higher-paid vet like Crystal Langhorne or Epiphanny Prince to make room for the rookies, but that was probably always going to be a long shot.

The Chicago Sky were in a relatively straightforward situation: choose one 2020 draftee and roll with 11 players, as they would then be up against the salary cap. That draftee, predictably, ended up being center Ruthy Hebard, who the team drafted at No. 8 overall.

Consequently, the Sky cut Dean, who was drafted at No. 30. Chicago was already locked in at point guard with Courtney Vandersloot and Sydney Colson, so it’s not surprising that the Sky didn’t want to carry another player at the position. While the Sky suspended the contract of forward Kiah Gillespie (No. 32 overall), allowing them to retain her rights and bring her back to compete in training camp next season, they did not do this for Dean.