ACC Tournament Preview: Can the Cardinals fly into an ACC tourney win? 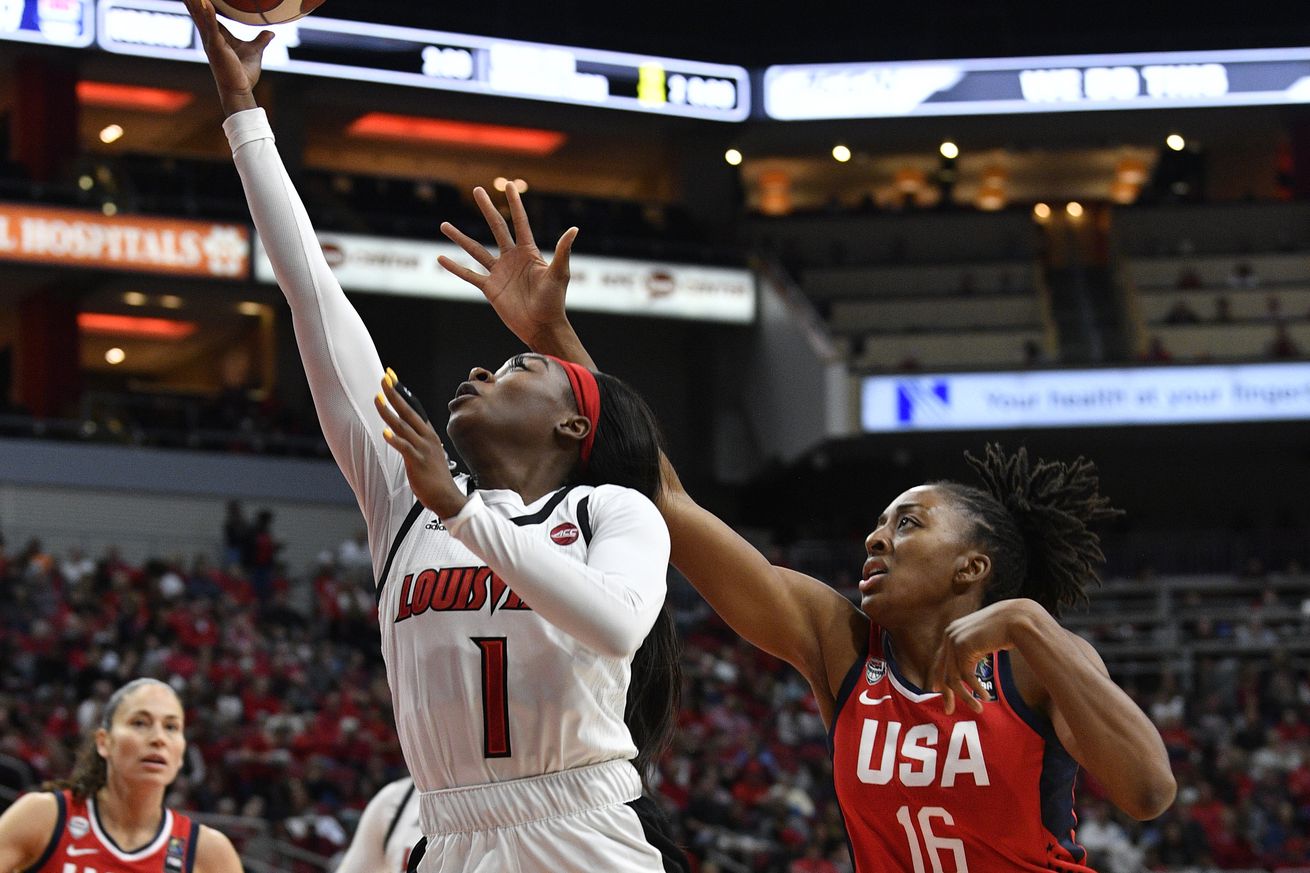 ACC Player of the Year Dana Evans (with ball) finished the regular season with a scoring average of 17.9 points per game. | Jamie Rhodes-USA TODAY Sports

The No. 4 Louisville Cardinals have had some very high highs this year. They also had a few of low lows and are now trying to right the ship in the ACC Tournament, powered by ACC Player of the Year Dana Evans.

The No. 4 Louisville Cardinals (27-3, 16-2 ACC) are the only team in the ACC with a shot at a one-seed in the conference tournament, making them an exciting team to keep an eye on. However, the two other Top 25 teams — No. 10 NC State Wolfpack (25-4, 14-4 ACC) and No. 22 Florida State Seminoles (22-7, 11-7 ACC) — have good chances of upsetting the regular-season champs. Florida State already has defeated the Cardinals once this year and NC State came within seven points of beating them.

Though Louisville is one of just two teams to beat the No. 3 Oregon Ducks this year, the Cardinals also have head-scratching losses to unranked Ohio State and Syracuse.

The Duke Blue Devils (18-11, 12-6 ACC) and Virginia Tech Hokies (21-8, 11-7 ACC) should make the NCAA Tournament unless underdog teams in other conferences steal automatic bids. Both the Blue Devils and Hokies are intriguing teams that could be sleepers once they get into the tournament in a bid for the national title. Duke has the second-best scorer in the ACC in Haley Gorecki (18.2 points per game) and Virginia Tech is a solid 3-point shooting team that could cause problems if the shots are falling.

As for teams on the bubble, the ACC has two: Georgia Tech Yellow Jackets and Boston College Eagles. The Yellow Jackets (10-8 ACC) have a strong overall record (19-10) because of their wins in non-conference play. The Eagles (18-11, 11-7 ACC), on the other hand, have made a late push, winning six of their last seven games with the one loss coming to Louisville.

Syracuse, Notre Dame and Miami began the season ranked but fell off the map and need automatic bids to get into the tournament. The Orange defeated the Cardinals at home in Syracuse and only lost by four points in Louisville. Thus, it’s March Madness, and anything can happen.