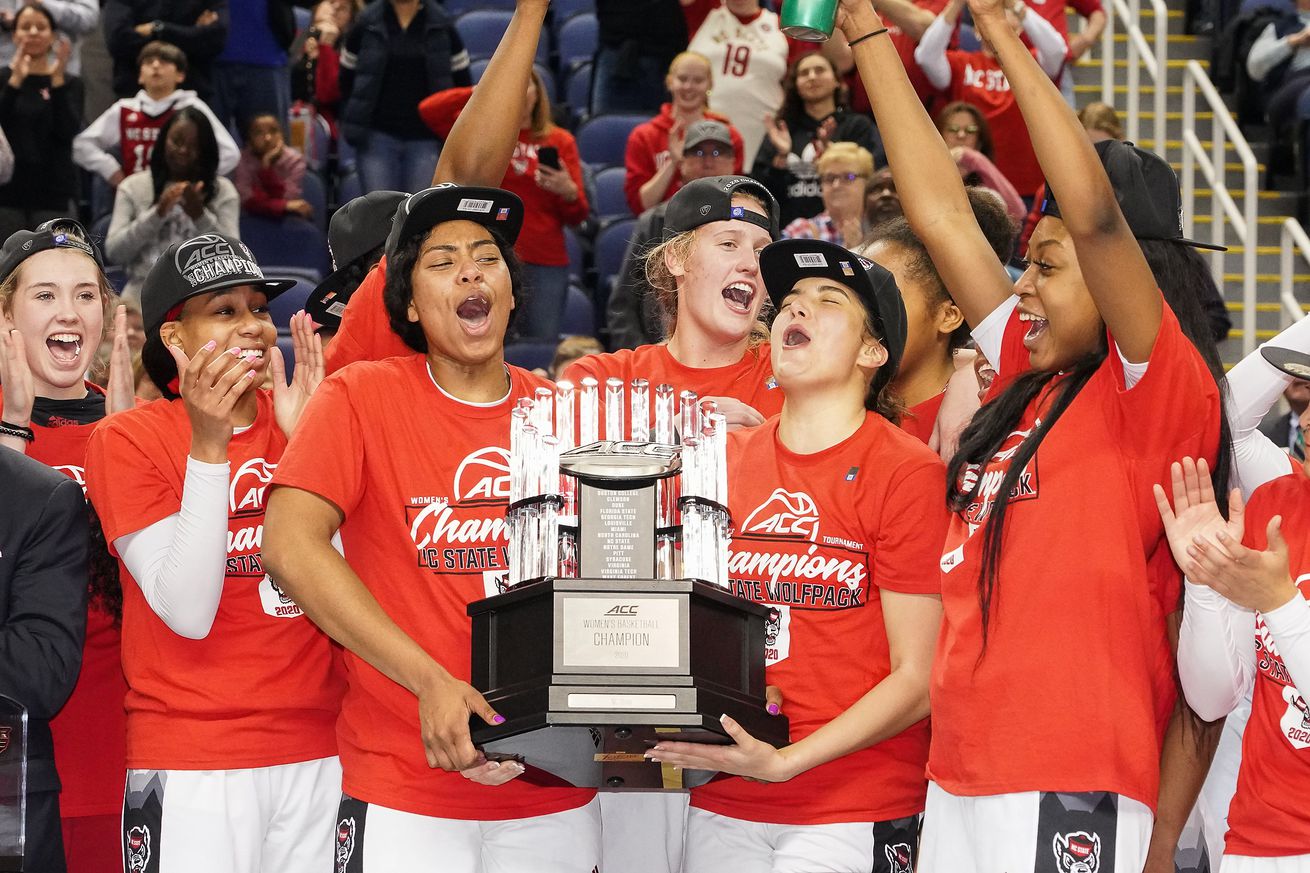 The No. 10 North Carolina State Wolfpack won their first ACC Tournament championship since 1991 by defeating the No. 22 Florida State Seminoles 71-66 in Greensboro, N.C., on Sunday.

Senior guard Aislinn Konig redeemed her poor 3-point shooting early in the game by going 3-of-3 in the second half to help the Wolfpack secure the win. Konig and sophomore center Elissa Cunane scored 18 points apiece and Cunane recorded nine rebounds for a near double-double.

Jakia Brown-Turner, meanwhile, scored 12 of her 14 points in the first half to prevent the Seminoles, who led by as much as five, from pulling away. Brown-Turner claimed a double-double by pulling down 10 rebounds.

In a game that saw 57 attempts from 3-point range (34 from Florida State and 23 from NC State), there was an abundance of momentum-shifting shots. The last two came from Seminole star forward Kiah Gillespie and Konig.

Gillespie, who scored a game-high 25 points and hauled in nine rebounds in defeat, buried a 3-pointer with 4:44 to go to give Florida State a one-point lead. Konig responded by tying the game at 63 on a trey with 2:28 to go.

NC State eventually took the lead on free throws but a missed free throw by Cunane with 21.5 seconds to go kept it a one-possession game. It wasn’t until Seminoles guard Nausia Woolfolk missed a 3-pointer with 14 seconds remaining that NC State could breath a sigh of relief. Cunane made two free throws shortly thereafter to seal the victory.

Nicki Ekhomu and Woolfolk scored 17 points each for a Florida State team that nearly won its first ACC Tournament. The Seminoles received just seven points combined from the rest of their players.

Ace Konig is our Tournament MVP!

Congrats to the members of our All-Tournament teams! #ACCWBB pic.twitter.com/wJoRHTu46b

If the Seminoles had won, they may have been able to host the first two rounds of the NCAA Tournament but that seems unlikely now. NC State, meanwhile, likely raised itself from a three-seed to a two-seed.

On the way to the prize round, Florida State upset the tournament’s No. 1 seed Louisville Cardinals in the semifinals and NC State topped the Boston College Eagles.

With their loss, the Cardinals likely missed their chance at a one-seed but they avenged a Feb. 9 regular-season loss to Syracuse by handing the Orange a blowout in the quarterfinals. Meanwhile, the six-seed Eagles upset the three-seed Duke Blue Devils team that surprised a lot of people with its 12-6 conference record. Boston College may be able to move into the NCAA Tournament because of that win.

The five-seed Virginia Tech Hokies were upset by the 13-seed Wake Forest Demon Deacons in the tournament’s second round and their status as an eight-seed may change as a result.