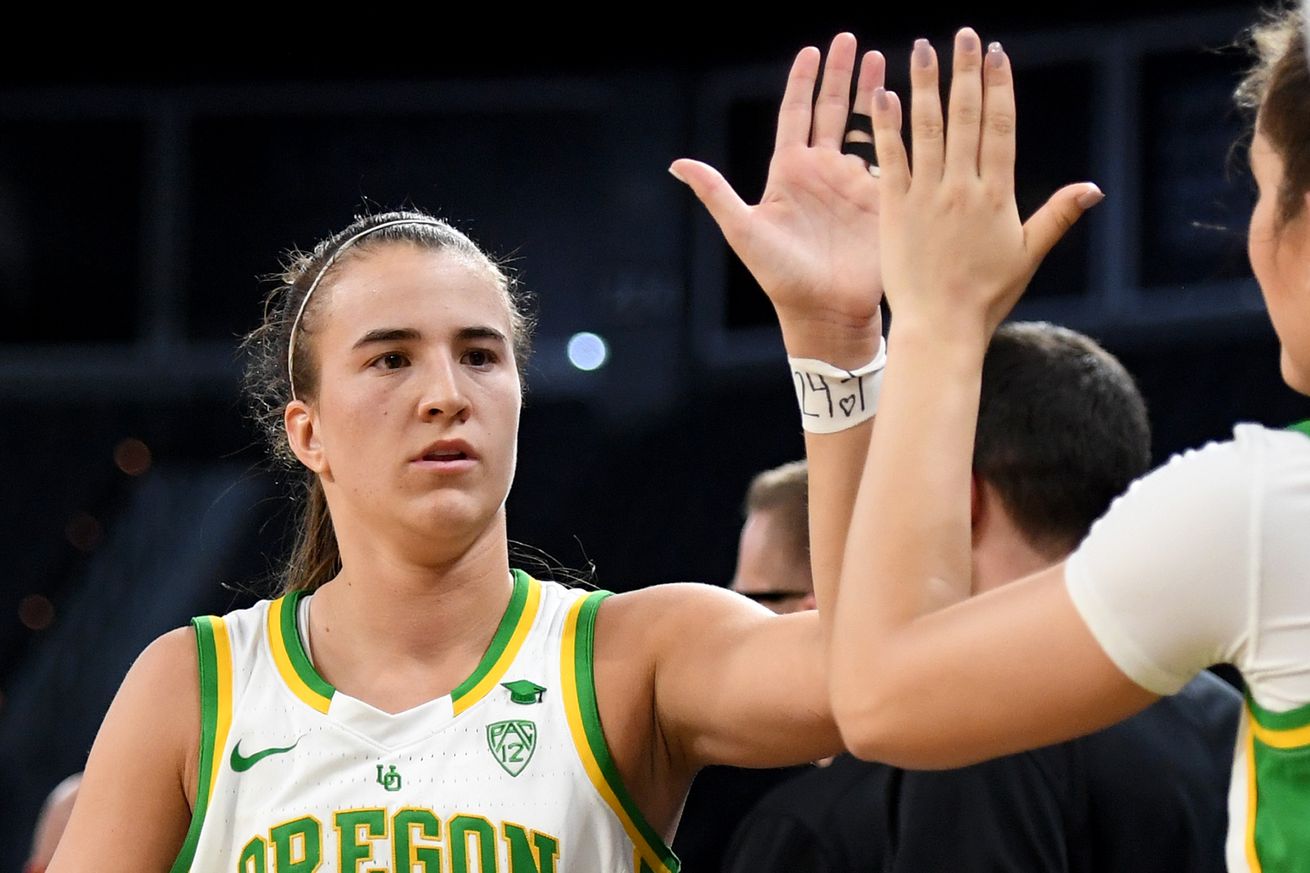 The Oregon Ducks have a rich history of frontcourt talent and versatile stars. Which players made our list of the best players in program history?

Here’s the all-time starting five for the No. 2 Oregon Ducks:

Landerholm, who won the first Pac-12 Player of the Year award in 1987, is the second-highest scoring guard in Oregon history after Sabrina Ionescu with 1,783 points. She also averaged 5.1 assists per game, which is second to Ionescu among players who played at least 100 games for the Ducks. Maite Cazorla, who shared a backcourt with Ionescu for three years, is ahead of Landerholm in total assists but played 26 more games and is pretty far behind in scoring. Landerholm is also second at Oregon in career steals and in her five years made three NCAA Tournament appearances. Her last appearance in 1987 marked the first postseason where Oregon made it to the second round of the Big Dance.

While Ionescu is almost certainly going to be more of a point guard than a shooting guard in the WNBA, she played off-ball a lot when Cazorla was in Eugene and is a better 3-point shooter than Landerholm was so the 2020 graduate gets the nod at the 2-guard spot.

The NCAAW’s triple-double queen is the most obvious choice to be on this list and is the Oregon women’s basketball GOAT. She is arguably the NCAAW GOAT too and not many programs can say they have a player in the running for that.

Ionescu finished her college career with an NCAA Division I-record 26 triple-doubles. The next closest player in men’s or women’s, BYU’s Kyle Collinsworth, has 12. Ionescu is also the only Division I basketball player (men’s or women’s) to record over 2,000 points, 1,000 rebounds and 1,000 assists. She played with a swagger and energy unique to her and not only put Oregon women’s basketball on the map, but also became a national phenom during her four years in Eugene.

As a freshman, Ionescu led the Ducks to their first Elite Eight and she returned there as a sophomore before taking them to the Final Four as a junior. Ionescu could have entered the WNBA Draft after her junior year, but came back to Eugene and helped Oregon land a No. 2 national ranking at the conclusion of 2019-20, an NCAA Tournament-less season due to the global COVID-19 pandemic.

At 6-foot-1, Smith is probably the next-best versatile talent in Oregon history after Ionescu. She is in the top 10 in career points, rebounds and assists at the school. She scored 2,063 points at a rate of 18.8 per game — an average that is second in Oregon history after Alison Lang. In addition, her career rebounding average of 12.4 is second to Jillian Alleyne and her 4.0 assist average is fourth. She also averaged 3.2 steals over her four years in Eugene — good for first in program history. Smith made it to the inaugural NCAA Tournament in 1982 and graduated the same year.

Alleyne graduated the spring before Ionescu and star forward Ruthy Hebard arrived on campus. The latter two now occupy the top two spots in scoring in Oregon history. Alleyne has thus fallen from second in that category to fourth, but her 17.9 scoring average compared to Hebard’s 16.4 is impressive. She also averaged 14.3 rebounds for her career compared to Hebard’s 9.0. Other than Bev Smith, nobody else is even close to Alleyne in that category among Oregon greats. She may have never been to the NCAA Tournament, but Alleyne set the stage for Ionescu, Hebard and Satou Sabally, a trio that turned Oregon into a national power.

Lang was the program’s leading scorer before Ionescu and Hebard came along and is still first in career scoring average (19.2). Allenye and Lang are both 6-foot-3, but it makes sense for Lang to play the 5 and be the defensive anchor for this starting lineup seeing as her blocked shots average triples that of Alleyne. Lang is the greatest shot-blocker in Oregon history with 425 rejections in her career (3.6 per game).

Lang went to two NCAA Tournaments — one with Landerholm and Smith in 1982 and another with just Landerholm in 1984.

Graves is already the most successful Duck head coach of all-time as he enters his seventh season at the helm. His recruitment of Sabrina Ionescu altered the course of Oregon women’s basketball history. Before Graves, the Ducks hadn’t even been to the Sweet Sixteen. Now they have been to three Elite Eights and have finished in the Top 4 in the end-of-season rankings twice.