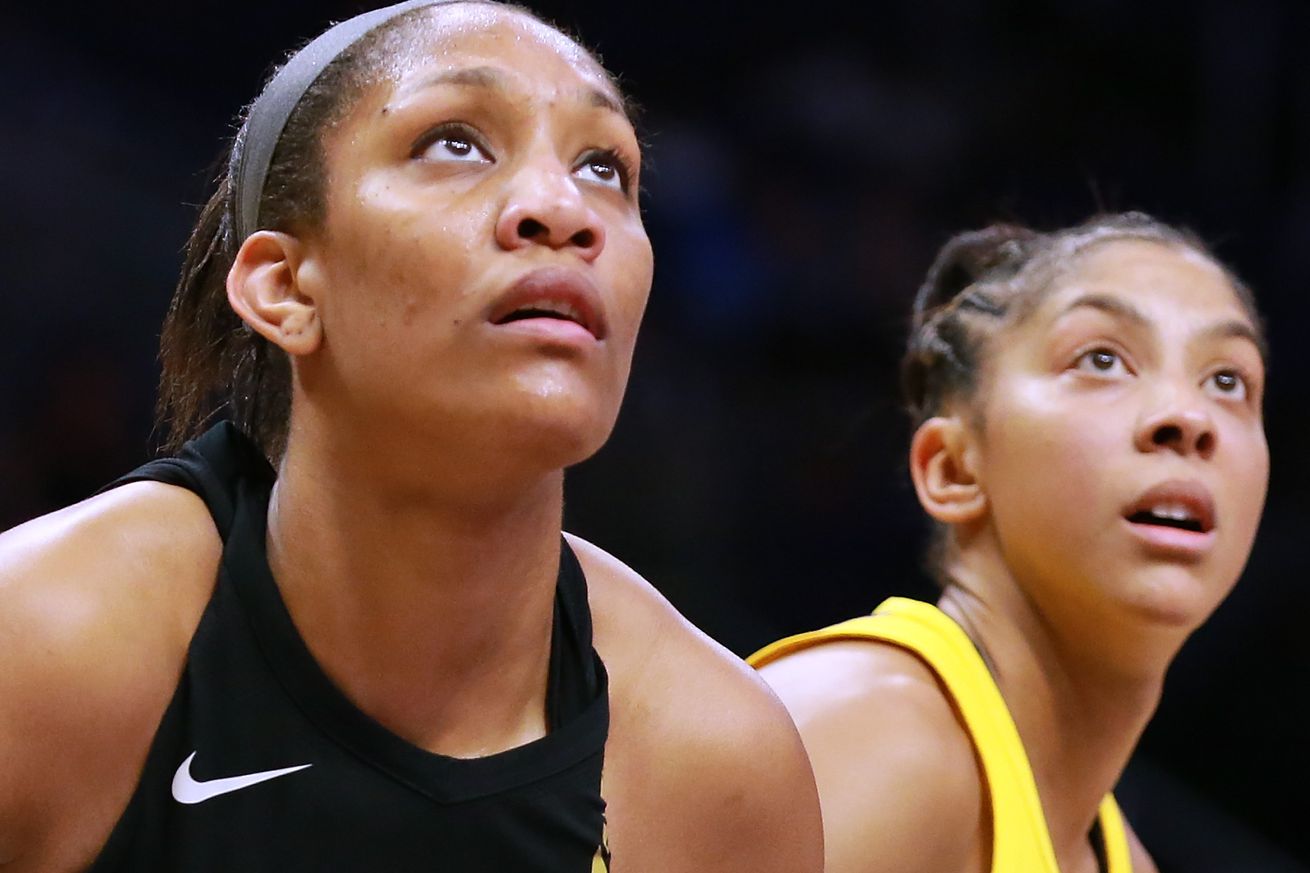 The 2020 All-WNBA First Team, announced on Sunday, features a dominant inside scorer, rebounder and defender in A’ja Wilson, two masters of versatility in Candace Parker and Breanna Stewart, an accomplished distributor in Courtney Vandersloot and a young, prolific scorer in Arike Ogunbowale.

Ogunbowale was the biggest surprise on the First Team seeing as the four other players received MVP votes.

In a year with numerous star players sitting out, many young up-and-comers took on bigger roles and Wilson, Collier and Hines-Allen shone the brightest of the players in that situation. Hines-Allen filled in for Elena Delle Donne and Tina Charles and led the Mystics to the playoffs while Collier stepped up mid-season to compensate for an injured Sylvia Fowles and led the Lynx to the semifinals. Wilson, on the other hand, led her team to the No. 1 seed entering the playoffs, earned the league MVP award and has the Aces fighting for a win in the Finals — without fellow superstar Liz Cambage.

Here’s a look at the 2020 All-WNBA First and Second Teams:

With 20.5 points per game, Wilson was second in scoring in the regular season to Ogunbowale and a league seventh in rebounding with 8.5 rebounds per game. She led the WNBA in blocked shots with two per game and she was named to the All-Defensive Second Team. As if she wasn’t already, Wilson is a clear-cut superstar. Watch out for the Aces next year if Liz Cambage rejoins her in the paint.

Parker is the 2020 Defensive Player of the Year as voted on by the media but was left off of both All-Defensive Teams, which are decided on by coaches. Parker was the emotional leader of the Sparks and led the league with 9.7 rebounds per game. Her average of 4.6 assists per game is impressive for a player at her position and she also posted 14.7 points per game.

Stewart came in second in MVP voting behind Wilson and was fourth in the league in scoring with 19.7 points per game. She was a great team player who let Jewell Loyd take over at times and she should be commended for her amazing comeback from a torn Achilles that kept her out for the 2019 season.

Vandersloot’s historic season has been rewarded with a First Team honor after some thought she was a legitimate candidate to be the first true point guard to win the WNBA MVP award. With exactly 10 assists per game, she became the first player in league history to average double-digit helpers and also set a single-game record on Aug. 31 with 18 assists.

Ogunbowale was third in the league in scoring as a rookie last year and came in second in Rookie of the Year voting to Napheesa Collier. This year, she led the league with 22.8 points per game — a comfortable 2.3 points ahead of A’ja Wilson — and made some clutch shots that reminded fans of her college days at Notre Dame. After two years in the WNBA, she is already amongst the best.

Taurasi gave us at least one more look at the vintage version of herself and made an All-WNBA team for a record 14th time. After struggling with a back injury in limited time last year, she finished fifth in the league in scoring with 18.7 points per game and went on hot streaks that made her seem like an MVP-caliber player. Her 4.5 assists per contest ranked ninth in the league and guided the Mercury to the No. 5 seed without having Brittney Griner down the stretch.

Bonner was a prolific scorer this year with 19.7 points per game and she became the emotional leader of her new team, the Sun, who relied on her in every aspect of the game. Look out for the potential trio of Bonner, Jonquel Jones and Alyssa Thomas in what should be a 2021 season of promise.

Collier entered her second season as a team captain and was ready to take on more of a leadership role. Little did she know that Sylvia Fowles would get hurt and that she would become the team’s best player. With 16.1 points per game, she finished just behind Rookie of the Year Crystal Dangerfield as the second-best Lynx scorer. She also averaged nine rebounds and made the All-Defensive First Team.

Diggins-Smith notched 17.7 points per game and at times this season caught fire from distance. She averaged a career-best 2.1 makes per game from beyond the arc while shooting at a 39.7 percent clip. In addition, she averaged a solid 4.2 assists per contest, fit in with Diana Taurasi as a new member of the Mercury and proved she is still at the top of her game after returning from maternity leave.

Hines-Allen scored 27 points in the Mystics’ opening game and never looked back. After playing just 7.8 minutes per game last year, she was instrumental in the Mystic’ surprising 3-0 start and came up clutch late in the season when a playoff berth was on the line. Her season included two 30-point games and averages of 17.0 points and 8.9 rebounds per game.