AN OPEN LETTER TO VOX MEDIA ABOUT TRUMP ADS 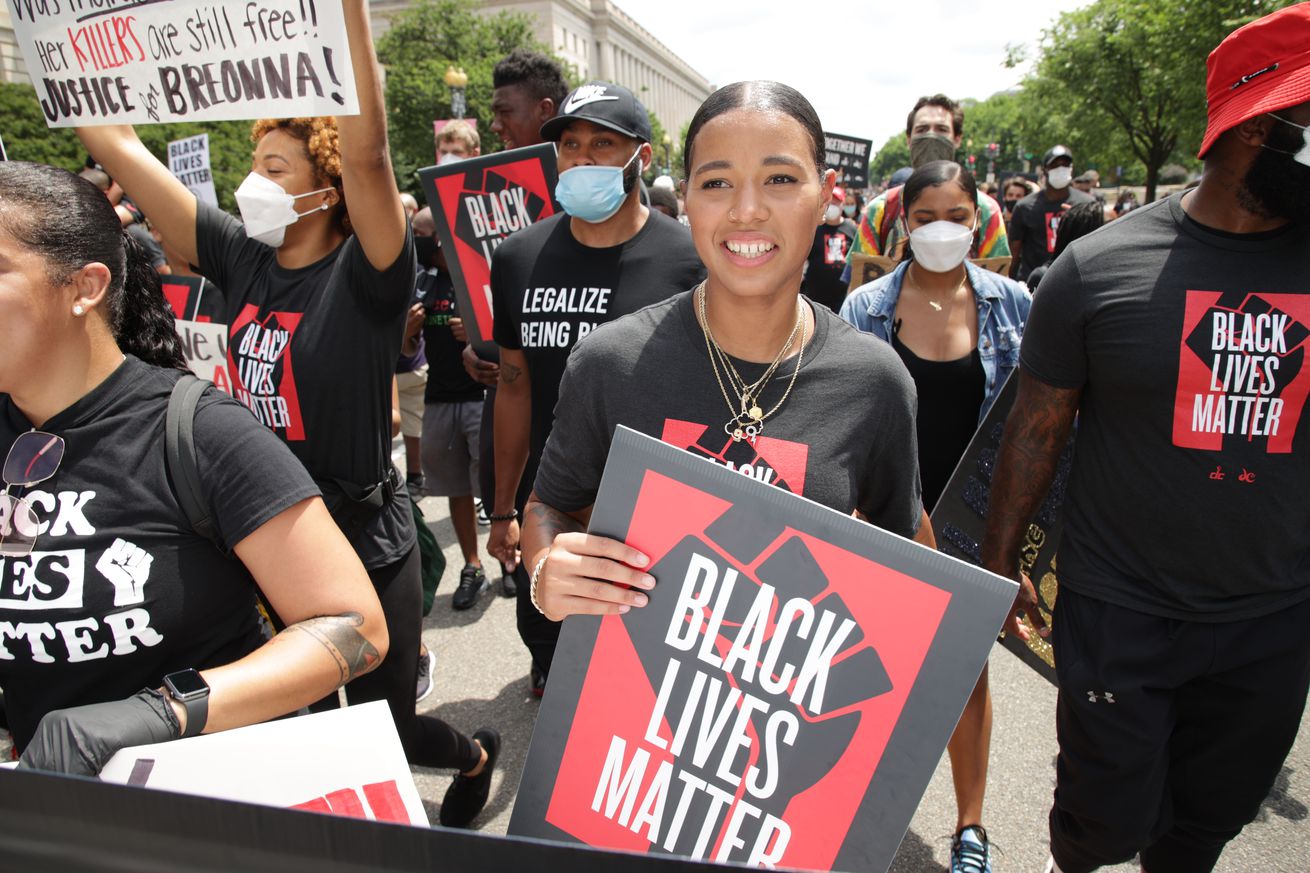 Natasha Cloud of the Washington Mystics helped lead the “Together We Stand” peaceful protest march to commemorate Juneteenth on June 19, 2020 in Washington, D.C. | Photo by Ned Dishman/NBAE via Getty Images

“By choosing to run political ads, specifically those by the most divisive president in U.S. history, you have thrown all of the Swish Appeal contributors into moral conflict,” Swish Appeal editor-in-chief Tamryn Spruill wrote in an open letter to the media giant on behalf of her staff.

On behalf of the entire Swish Appeal staff, I write to inform you that we vehemently reject your choice to include advertisements for Donald J. Trump’s reelection campaign in banners over our work on SwishAppeal.com. We are aware that advertising dollars are down due to the coronavirus pandemic and the stoppage of sports, but Trump ads run in direct contradiction to our coverage of women’s basketball and we do not wish for our names and words to be associated with a figure who has committed his presidency to:

The WNBA and the WNBPA jointly declared that the 2020 season will be devoted to social justice in the wake of the brutal murder of George Floyd by police officers in Minnesota. Players such as Natasha Cloud, Renee Montgomery and Maya Moore have sacrificed playing this season (Moore did in 2019 as well) to pursue causes of racial justice and criminal justice reform — the opposite of anything Trump and his administration have professed.

By choosing to run political ads, specifically those by the most divisive president in U.S. history, you have thrown all of the Swish Appeal contributors into moral conflict. We refuse to be silent about this, and we demand in the strongest terms that you immediately cease running political ads, especially those for Donald J. Trump.

On behalf of our amazing, diverse staff of women’s basketball contributors who practice integrity and individually stated,

I fully support you taking the strongest stance possible against the ads. I think any political ad would be gross, but, because of his politics, Trump ads are a direct insult to the majority of the writers and readers of Swish Appeal, as well as the athletes covered and analyzed. The ads are a blatant, disgusting money grab.

An ad for Donald Trump is an ad for racism, homophobia, sexism and white supremacy. I will NOT be associated with those things. It is an insult to me, my colleagues and the sport we work so passionately to cover. I don’t care how poorly other ads are performing; this is unacceptable and we will not stand for it, PERIOD.

I don’t want my work attached to THAT!!

The ads send a completely opposite message from our perspective which has been to challenge the culture of racist behavior (explicit or implicit) in and outside of sports.

I am not comfortable with this; you can definitely add me to the list of those opposing this.

… and who stand against racism, sexism, homophobia, inequality, injustice, hate and discrimination of any kind,

PS for the WNBA: Your players believe Kelly Loeffler, Atlanta Dream owner and devoted Trump supporter, is wrong for the league and should be ousted.