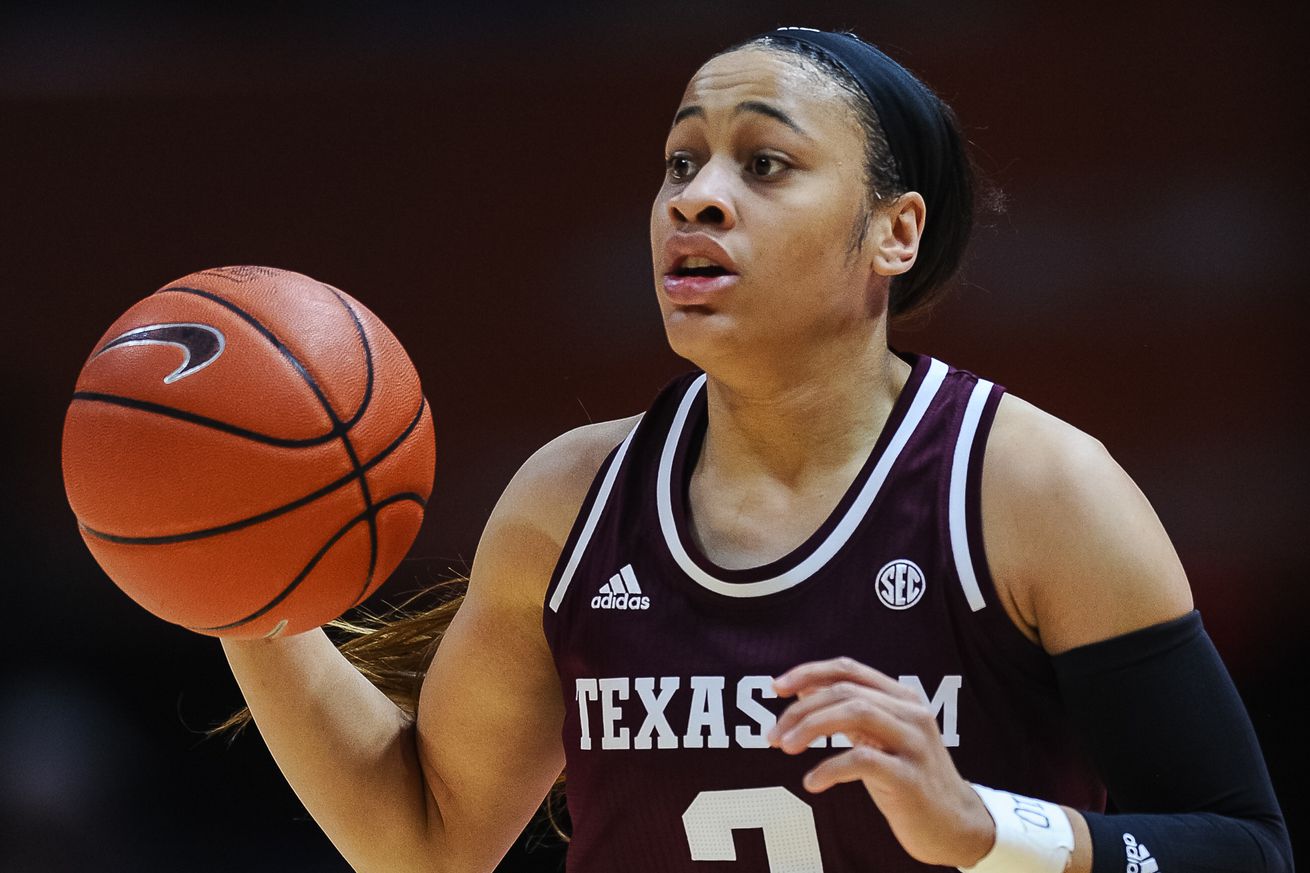 Having Chennedy Carter back healthy is huge for Texas A&M. | Photo by Bryan Lynn/Icon Sportswire via Getty Images

With Chennedy Carter back, the Texas A&M Aggies are playing some of their best basketball of the season. Plus, the UCLA Bruins, Mississippi State Bulldogs, Arizona Wildcats and DePaul Blue Demons all were stunned by upsets.

Here’s an analysis of some of the teams that have risen — and fallen — in Week 17.

The Aggies are vying for a four-seed or higher so they can host the first two rounds of the NCAA Tournament. They helped their cause with wins over the Georgia Bulldogs and Auburn Tigers last week. They looked especially good against the Tigers in what was a 30-point blowout led by Chennedy Carter’s 23 points.

N’dea Jones deserves a lot of credit for keeping the team afloat during Carter’s one-month absence due to an ankle injury. This week, the Aggies — who went 4-3 without Carter — got into a groove in their effort to make up for the three losses they suffered while their star player was out. The wins, plus luck in the form of upsets to higher-ranked teams, moved them up four spots.

Texas A&M didn’t face a Top 25 opponent but they played great basketball in what was a sloppy week for the mid-section of the poll.

The No. 9 Bruins went 2-1 last week with wins over the No. 17 Oregon State Beavers and the Washington State Cougars. The win over the Beavers counts as a quality win but the loss to the Huskies (13-14, 5-11 Pac-12) was the worst for any ranked team last week.

The No. 10 Bulldogs only beat Auburn by seven points and then proceeded to lose a thriller to the Crimson Tide (16-11, 6-8 SEC). This has been an up-and-down season for Mississippi State, but their potential remains very high. The Bulldogs are still contenders to go deep in the tournament but the loss to Alabama will hurt their seeding.

The No. 16 Blue Demons were caught in Big East cruise control and suffered their second conference loss of the season. The first came against the Creighton Blue Jays (17-10, 9-7 Big East) on Jan. 31. The team then won six games in a row before falling to the Wildcats (16-11, 10-6 Big East) on Sunday.

DePaul is talented enough that they could have gone undefeated in the Big East this year. Although they didn’t stay perfect in conference play, they will be a dangerous team in March.

Movement caused by the upsets

The losses by UCLA and Mississippi State allowed the NC State Wolfpack — who defeated a struggling Miami Hurricanes team last week by just two points — to climb two spots to No. 8. A higher rise was impossible given perfect weeks for the seven teams ranked above them.

The No. 11 Gonzaga Bulldogs benefited from the upsets as well, moving up two spots. Gonzaga and Texas A&M passed Arizona and DePaul while the No. 14 Northwestern Wildcats passed the Blue Demons as part of their four-spot rise. Last week, Northwestern beat a solid Rutgers team and Wisconsin.

The Beavers fell two spots this week after losses to UCLA and Stanford. The toughness of the Pac-12 was inevitably going to creep up on a team and the Beavers have become that team. Despite their extreme talent, Oregon State lost four close games, consecutively, from Feb. 7 to Feb. 21. Three of those games were against Top 25 teams.

The Beavers will be a team nobody wants to face in the Pac-12 Tournament. If they win it, they’ll probably move beyond a four-seed and become a two or three given how well-respected the Pac-12 is right now. But if they don’t go far in the Pac-12 Tournament, the Beavers could miss out on hosting the first two rounds of the Big Dance, which would be disappointing for a team that has been ranked as high as No. 3 this year.