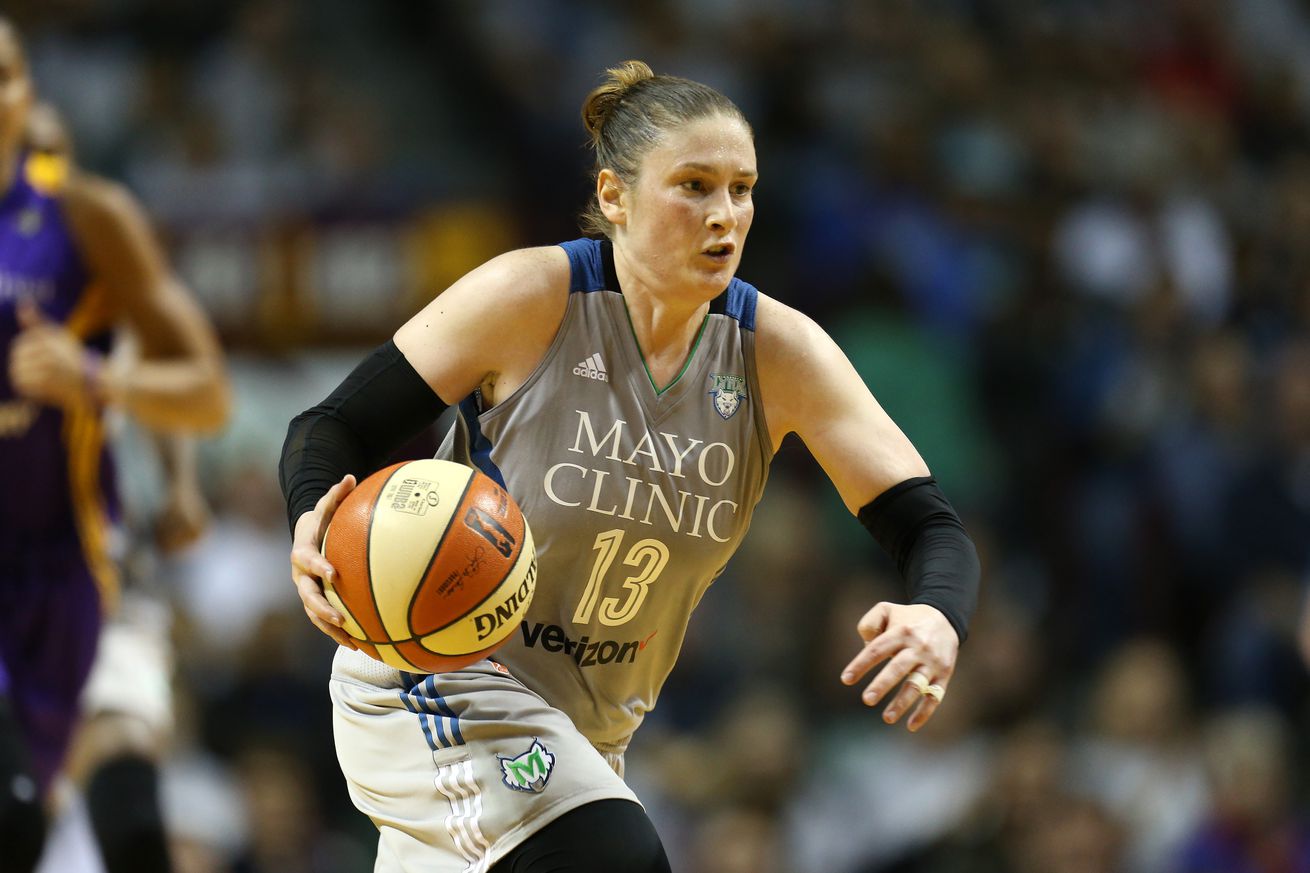 Lindsay Whalen did nothing but win during her WNBA career, leading the Minnesota Lynx to four championships. | Photo by Nathan Klok/NBAE via Getty Images

It’s hard not to consider team success when looking back upon a player’s career — especially a point guard’s. Lindsay Whalen accomplished plenty as a player, but when her contributions to the Minnesota Lynx dynasty are accounted for, her legend becomes even taller.

As we continue to rise through the historical ranks of WNBA draft picks, the title of top draft pick at that particular spot gets tougher and tougher to narrow down. We’re at No. 4 now, and there’s been a lot of talent picked there throughout the years. Players like DeLisha Milton-Jones, Sophia Young-Malcolm, Plenette Pierson and Ashja Jones all had stellar WNBA careers after being drafted at No. 4 overall.

It’s hard to argue against someone who quarterbacked her team to four WNBA championships, though. Point guard Lindsay Whalen had her fingerprints all over the rise of the Minnesota Lynx as the WNBA’s last true dynasty — an achievement that, while somewhat immeasurable, shines even brighter than her multitude of All-Star and All-WNBA selections.

Drafted out of the University of Minnesota in 2004, Whalen spent the early portion of her WNBA career with the Connecticut Sun. As a rookie, Whalen’s 4.8 assists per game ranked fifth in the league, and while she struggled with turnovers, Whalen immediately put the WNBA on notice as a burly, physical point guard who could use her strength to bully smaller players at her position.

Whalen quickly rose to WNBA stardom in Connecticut, averaging 12.1 points and 5.1 assists (third in the league) in her sophomore season while leading the Sun to the WNBA Finals. She was named an All-Star for the first time in 2006, which was strangely the only such nomination for Whalen during her six years in Connecticut.

Whalen’s most individually productive season with the Sun came in 2008, when she averaged a career-high 14 points per game (58 percent true shooting percentage — thanks mostly for her ability to get to the free throw line) to go along with 5.4 assists, which led the WNBA. She was named to the All-WNBA Team and had there been an All-Star Game that season (the event typically does not occur during Summer Olympics years), Whalen would have certainly earned that piece of hardware as well.

The ultimate hardware — a WNBA championship — still continued to elude Whalen, however, but it wouldn’t stay that way for much longer. A massive trade involving Renee Montgomery and a young Tina Charles sent Whalen home in early 2010, where she would play alongside fellow All-WNBA talents Seimone Augustus and Rebekkah Brunson, as well as up-and-coming talent in Candice Wiggins.

Injuries suffered by Augustus and Wiggins in 2010 derailed the Lynx’ playoff hopes, but it led them to an invaluable prize: the No. 1 pick in the 2011 Draft, which Minnesota used to select Maya Moore.

The rest, as they say, is history. From 2011-2017, the Lynx went a combined 182-56 (76.5 percent winning percentage), winning four WNBA championships and failing to make the WNBA Finals only once.

While most of this success was characterized by big-time play from Augustus and Moore (and later, All-WNBA center Sylvia Fowles), Whalen’s contributions to the Lynx’ golden era cannot be written out of the narrative. Her individual statistics remained among the best for many years, ranking in the WNBA’s top five in assists in each season from 2011 to 2015, and she was named to four more All-Star and four more All-WNBA Teams. Her steady play as a point guard combined with Cheryl Reeve’s coaching to make a well-oiled machine of leadership, which was undoubtedly key in Moore quickly developing into one of the WNBA’s brightest stars.

Of course, all good things must eventually come to an end, and by age 36, Whalen was ready to call it a career. She retired as the Lynx dynasty finally began to crumble, but as it turned out, her time in basketball was far from finished. She was officially announced as the head coach of — where else? — the University of Minnesota in 2018, where she remains the head of a Gophers program seeking to establish itself among the best in the Big Ten.

While the coaching chapter of Whalen’s career is just getting started, take a moment to reflect on all she accomplished in the WNBA. A point guard’s individual contributions to a winning team might be undersold too often, but looking back upon Minnesota’s years atop the women’s basketball world, Whalen’s trademark toughness was reflected in each one of those Lynx championship squads. She deserves to be called the most successful No. 4 draft pick in WNBA history.