Big East Preview: Huskies back and ready to be challenged 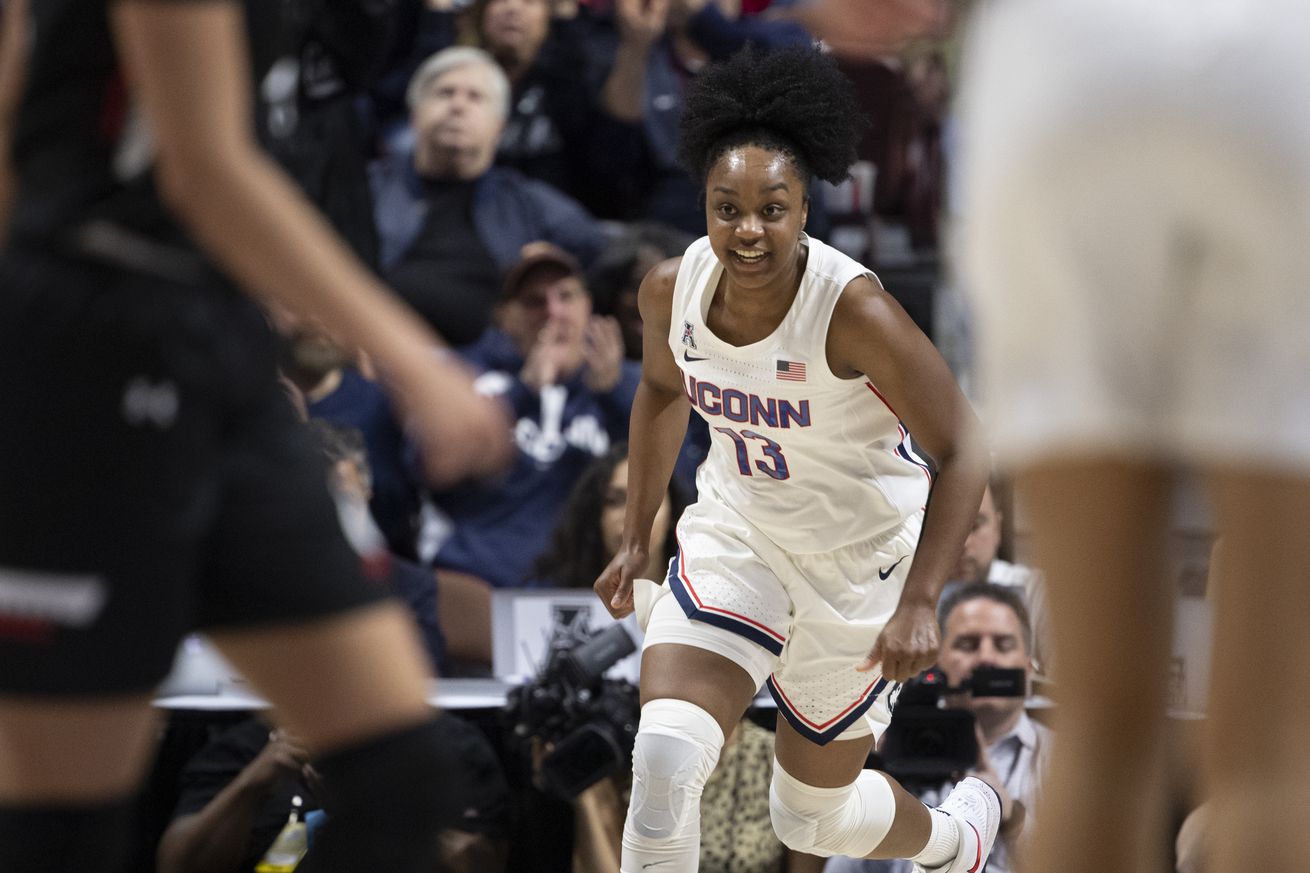 Christyn Williams is the top returning scorer for the Huskies and the Preseason Player of the Year pick for the Big East. | Photo by Benjamin Solomon/Getty Images

The UConn Huskies have not lost a conference game since 2013. The DePaul Blue Demons and Marquette Golden Eagles are the two heavyweights in the Big East that will look to change that.

The Blue Demons and the Marquette Golden Eagles have battled for Big East supremacy the past few seasons and this season will be about how those teams are able to challenge the Huskies, who will be heavily favored to win the conference.

Villanova comes into the season with a new head coach, Denise Dillon, following the retirement of Harry Perretta after 42 seasons. Dillon played at Villanova from 1992 to 1996 and most recently was the head coach for the Drexel Dragons from 2003 to 2020.

How it started: How it’s going: pic.twitter.com/xC7nDKKUlS

The Big East has only released their conference schedule for December with more games to be announced at a later date.

DePaul won the 2020 Big East regular-season title, beat second place Marquette to win its third-straight Big East Tournament and finished at No. 15 in the rankings with a record of 28-5 (15-3 in conference play). The last four Big East Tournament title games have taken place between DePaul and Marquette.

Although the global COVID-19 pandemic forced the cancellation of the 2020 NCAA Tournament, Swish Appeal’s hypothetical bracket featured DePaul as a No. 5-seed and the No. 18 team overall. Additionally, Marquette went 24-8 (13-5 Big East) and earned a No. 10-seed (37th overall).

DePaul returns three starters from 2020, including juniors Sonya Morris (15.6 points per game) and Lexi Held (15.4). Held was named the Big East Tournament Most Outstanding Player and was an All-Big East Honorable Mention. Morris was named All-Big East Second Team. In addition, newcomer Darrione Rogers, the 12th best guard in the nation as ranked by ESPN, should be a special player for the Blue Demons.

Last year, Marquette was picked to finish ninth in the Big East and ended up second which lead to the selection of head coach Megan Duffy as the Big East Coach of the Year. Marquette returns their 2020 leading scorer, Selena Lott (15.5 points), who was named to the All-Big East Second Team.

Oumou Toure enters her sophomore year as the returning high scorer for the Bulldogs (9.0 points) and will look to step into a bigger role in 2021. Redshirt freshman Tenley Dowell returns after looking promising in her only game of the season — in which she scored 12 points — prior to a season-ending ACL injury. Okako Adika is a promising junior college transfer to watch out for this season.

Tenley Dowell is back on the court with her teammates and hitting the corner 3️⃣ in today’s workout. pic.twitter.com/whfxQWTSBZ

Losing the Big East Player of the Year in Jaylyn Agnew to graduation and the WNBA will present a challenge for Creighton. Temi Carda, an All-Big East Honorable Mention last season, is the top returning scorer (12.9 points). Returning senior Tatum Rembao improved her scoring average from 5.5 to 10.0 points in 2020. Creighton will need Rembao to take another step in her senior season.

Seton Hall advanced to the Big East Tournament semifinals last season but graduated its top two scorers after the season. However, the Pirates return two players who averaged double figures in Desiree Elmore (13.0 points) and Mya Jackson (10.0). Jackson was a big contributor off the bench but should factor into the starting five.

Moves like these are why DESIREE ELMORE is a Preseason All-BIG EAST selection!!!

St. John’s may only be returning two starters but they also return the Big East Sixth Woman of the Year, Leilani Correa, who was also named to the All-Freshmen team. Qadashah Hoppie was the leading scorer last year (15.4 points) and will look to lead the Red Storm to an improvement of their 11-7 Big East record.

Villanova has a new head coach for the first time in 42 years and returns two starters in what could be a difficult year for a team in transition. The reigning Freshman of the Year, Maddy Siegrist, will look to be even better after averaging 19.3 points. Raven James, who started at point guard and averaged 5.5 points, is the only other returning starter.

Providence is one of two Big East programs, along with Georgetown, to not have any players on the postseason awards list last season. The Friars return their top scorer and rebounder from last season Mary Baskerville (11.7 points and 7.6 rebounds). Incoming freshmen Julia Fabozzi and Grace Efosa-Aguebor should play crucial roles for the Friars this season.

Georgetown returns just one starter this season, Anita Kelava, who has tallied 107 blocks in her two seasons yet averaged just 6.6 points last season. After winning just five games overall in 2019-20, the Hoyas are likely in for another long season.

Xavier went just 3-27 last season. However, the Musketeers return A’riana Gray, who was an All-Big East Honorable Mention after averaging 15.8 points and 9.3 rebounds. Gray is the active leading rebounder in the conference and is one of five starters to return this season. In addition, redshirt freshman Nia Clark will be available after transferring from Miami (Ohio) where she averaged 10.6 points.

Connecticut did not lose a conference game during their tenure in the American Athletic Conference (AAC) and look poised to win the Big East this season. The Huskies return three starters, including Christyn Williams, who averaged 14.6 points last year and was picked as the Preseason Big East Player of the Year. The Huskies bring in six freshmen, three of which are ranked in the top 25, including in the No. 1 player in the country Paige Bueckers.

Dec. 4: DePaul at Villanova. The reigning Big East champions take on the reigning Freshman of the Year and Villanova’s new head coach.

Dec. 6: Connecticut at Seton Hall. UConn’s first game in the Big East since the end of the 2013 season.