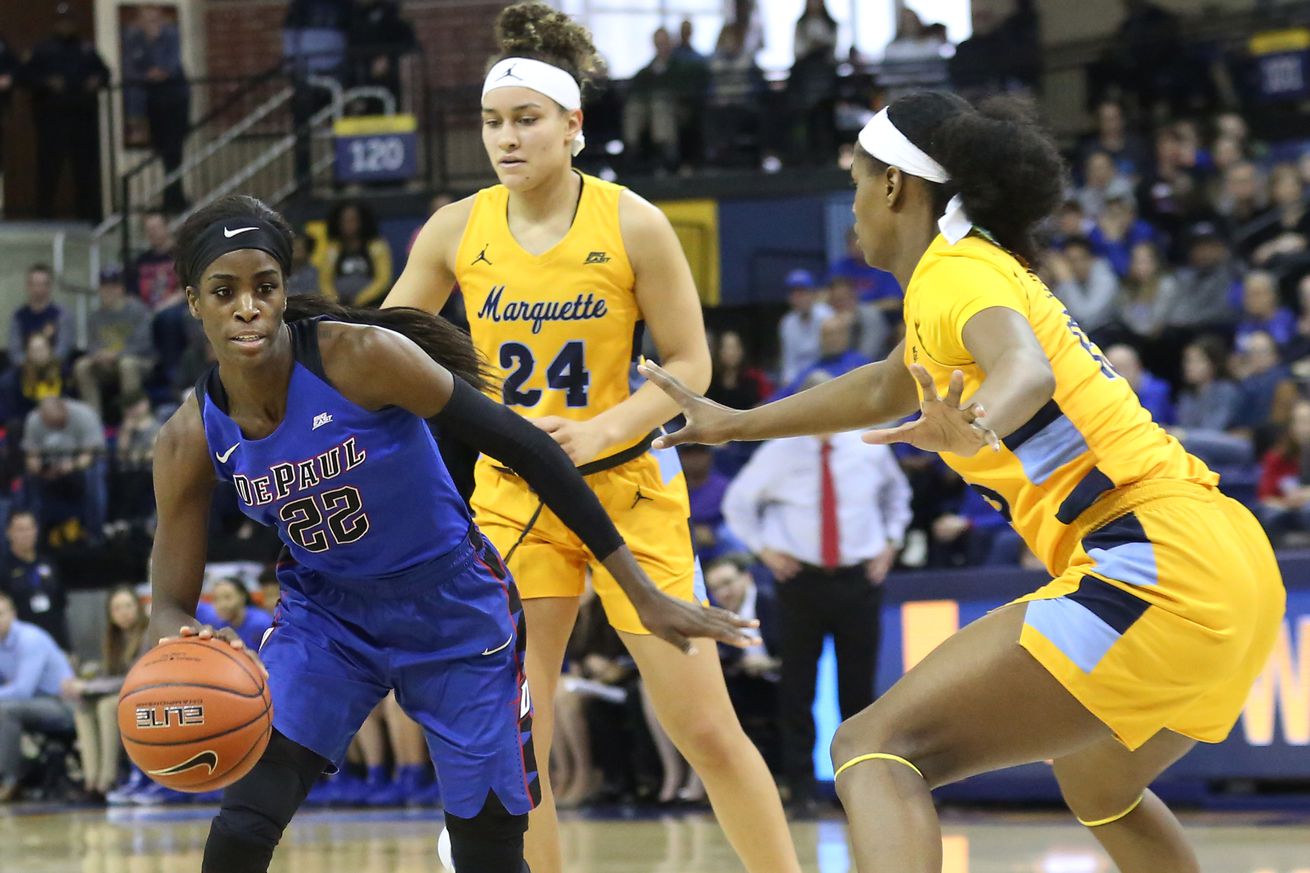 The two-time defending Big East Tournament champion DePaul Blue Demons, led by Chante Stonewall, are favored for a three-peat. The Marquette Golden Eagles, however — who were upset by DePaul in the championship game last year — seek revenge.

Now a senior, Stonewall is the team’s leading scorer and the Blue Demons have been the favored since the beginning of the season to win the Big East outright. However, DePaul lost to the Golden Eagles 90-83 this past Sunday, giving the Blue Demons two-straight losses to end the regular season.

DePaul also lost to the Villanova Wildcats on Feb. 23 and to the Creighton Blue Jays on Jan. 31.

The Golden Eagles finished 22-7 overall and 13-5 in the Big East — second place, and two games behind DePaul (25-5, 15-3 Big East). With first-year coach and Big East Coach of the Year Megan Duffy at the helm, Marquette will put up a fight with potential to upset the Blue Demons. DePaul (4-seed), Marquette (9-seed) and Creighton (10-seed) are projected to make the NCAA Tournament, according to Charlie Creme of espnW’s bracketology.

Creme has St. John’s on the bubble. The Red Storm will face Creighton in the second round with a chance to boost its resume.

DePaul is the type of team that could have a different leading scorer on any given night but Stonewall has been a model of consistency by scoring in double digits in all but one game this season. She is fifth in points per game in the Big East, with 17.3. With 16.2 points per game, teammate Sonya Morris isn’t far behind while Kelly Campbell can do it all for the Blue Demons with 8.3 points, 8.4 rebounds and 6.1 assists per game.

That trio, along with Lexi Held and Deja Church, forms a formidable starting lineup for the Blue Demons.

Creighton has the Big East Player of the Year in Jaylyn Agnew, though.

Agnew, the Big East’s top scorer at 20.8 points per game, could lead the Blue Jays to an upset over Marquette in the semifinals. That would break a trend because the last three Big East Tournament championship games have featured DePaul and Marquette with the 2017 crown going to the Golden Eagles.

The night before training camp