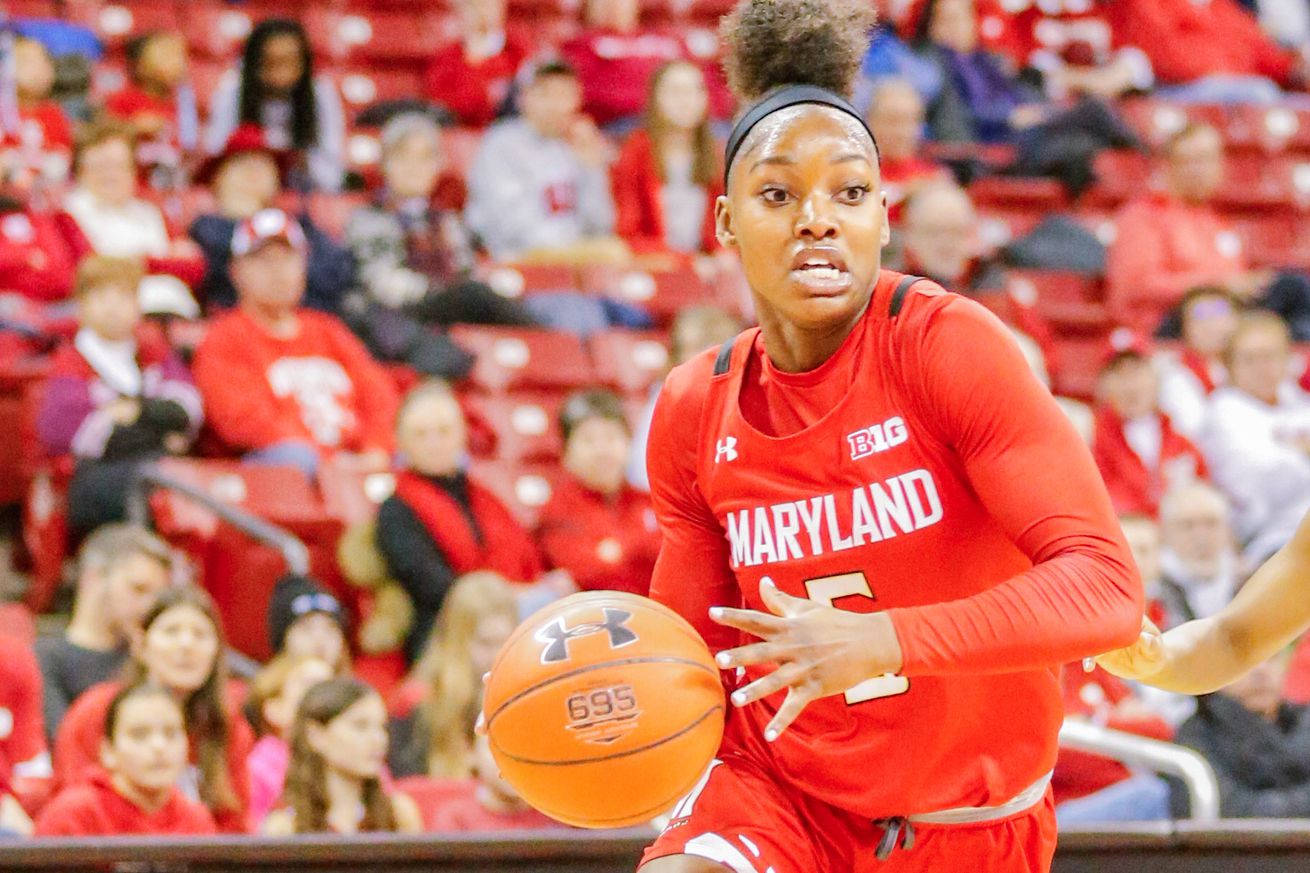 Kaila Charles leads an aggressive, fast-paced Maryland team that is seeded at the top of the Big Ten Tournament. | Photo by Lawrence Iles/Icon Sportswire via Getty Images

Fueled by a stifling, aggressive defense, the No. 6 Maryland Terrapins are favorites to win 2020’s Big Ten Tournament. No. 11 Northwestern, No. 19 Iowa and No. 20 Indiana stand the best chances to knock them off.

The Big Ten Women’s Tournament is underway, and as we’ve become accustomed to in recent years, the Maryland Terrapins (25-4, 16-2 Big Ten) and Iowa Hawkeyes (23-6, 14-4) enter as favorites. Maryland either has won the tournament or finished as runner-up in each season since joining the Big Ten in 2014-15.

The Hawkeyes, of course, no longer have the services of 2019 Most Outstanding Player and Big Ten legend Megan Gustafson. They do, however, feature Big Ten Player of the Year Kathleen Doyle and Monika Czinano, who shot an astounding 69.9 percent from the field during the regular season. The guard-center duo ensured that Iowa never skipped a beat after Gustafson’s graduation — the Hawkeyes are currently ranked No. 19 by the Associated Press.

Maryland, meanwhile, rolls out Big Ten First Team honoree and WNBA Draft prospect Kaila Charles, conference Freshman of the Year Ashley Owusu and a stifling defense that ranks second in the country in steal rate (per Her Hoop Stats).

The Terrapins enter the Big Ten Tournament as the No. 1 seed and the No. 6 team in the latest AP rankings.

While it wouldn’t be surprising to see Maryland coast to another Big Ten title, don’t rule out this season’s surprise team: the Northwestern Wildcats (26-3, 16-2). Northwestern won its last nine regular-season games and finished with a share of the regular-season conference title. The Wildcats — currently ranked No. 11 by the AP — also are responsible for one of Maryland’s two Big Ten losses this season (Dec. 31). Iowa accounts for the other.

As for the rest of the field, the No. 20 Indiana Hoosiers (23-7, 13-5) are seeded at No. 4 and should get a significant hometown boost. Rutgers (21-8, 11-7) might have a shot, but the Scarlet Knights did not play well against the tournament’s top four seeds in the regular season — going a combined 1-3 against Iowa, Northwestern, Maryland and Indiana.

On the first day of the tournament, the Wisconsin Badgers (12-18, 3-15) defeated the Illinois Fighting Illini (11-19, 2-16) 71-55 behind 24 points from Abby Laszewski. Later, Lindsay Whalen’s Minnesota Golden Gophers used a strong second half to defeat the Penn State Lady Lions 85-65.

All games at Bankers Life Fieldhouse, Indianapolis, IN