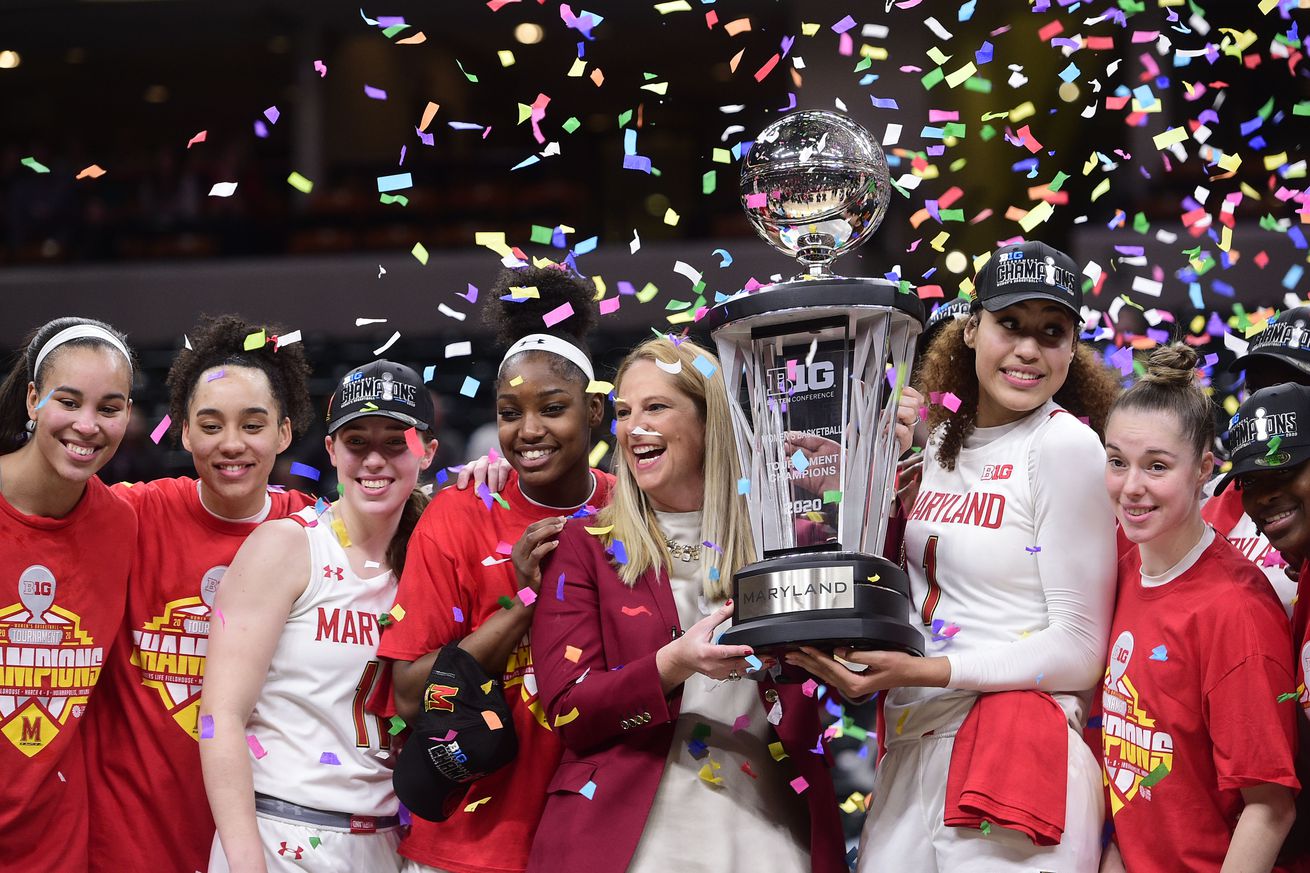 Brenda Frese and her team were all smiles on Sunday after winning the Big Ten Tournament title. | Thomas J. Russo-USA TODAY Sports

Led by freshman star Ashley Owusu, the Maryland Terrapins — currently ranked No. 4 by the Associated Press — fought their way to yet another Big Ten Tournament championship.

The No. 4 Maryland Terrapins have won their fourth Big Ten Tournament title in the past six years, defeating the Ohio State Buckeyes 82-65 in the championship game.

Maryland has been nothing short of excellent since joining the Big Ten in 2014, winning tournament championships in each of its first three seasons in the conference and placing as runners-up in 2018 and 2019.

As of Sunday, the Terrapins are now back on top.

Maryland was the tournament’s No. 1 seed and encountered little resistance throughout, winning each game by double digits thanks to the play of freshman point guard Ashley Owusu and an aggressive, frenetic team defense. Owusu was named Most Outstanding Player of the tournament after averaging 14.7 points, 5.7 rebounds and 8.0 assists in Maryland’s three wins.

While the final result may not have been surprising — Maryland recorded the fourth-best efficiency differential in the nation during the regular season and was heavily favored to win the tournament — there were some interesting developments along the way. The two-seeded Northwestern Wildcats and three-seeded Iowa Hawkeyes were both upset in the quarterfinals, the latter falling to a spirited Ohio State team that dressed just eight healthy players.

The Buckeyes’ energetic style of play and underdog mentality made them fan favorites throughout the tournament, but four games in four days is a tall task for any team, let alone one with such little depth. These circumstances benefited the Terrapins, who were in control of the final game from an early juncture and cruised in the second half to earn the tournament title. It’s a big one for Maryland. The Terps are now firmly in the conversation for a No. 1 seed at the upcoming NCAA Tournament Regionals.

All games at Bankers Life Fieldhouse, Indianapolis, IN