Biggest performances of the 2020 WNBA season 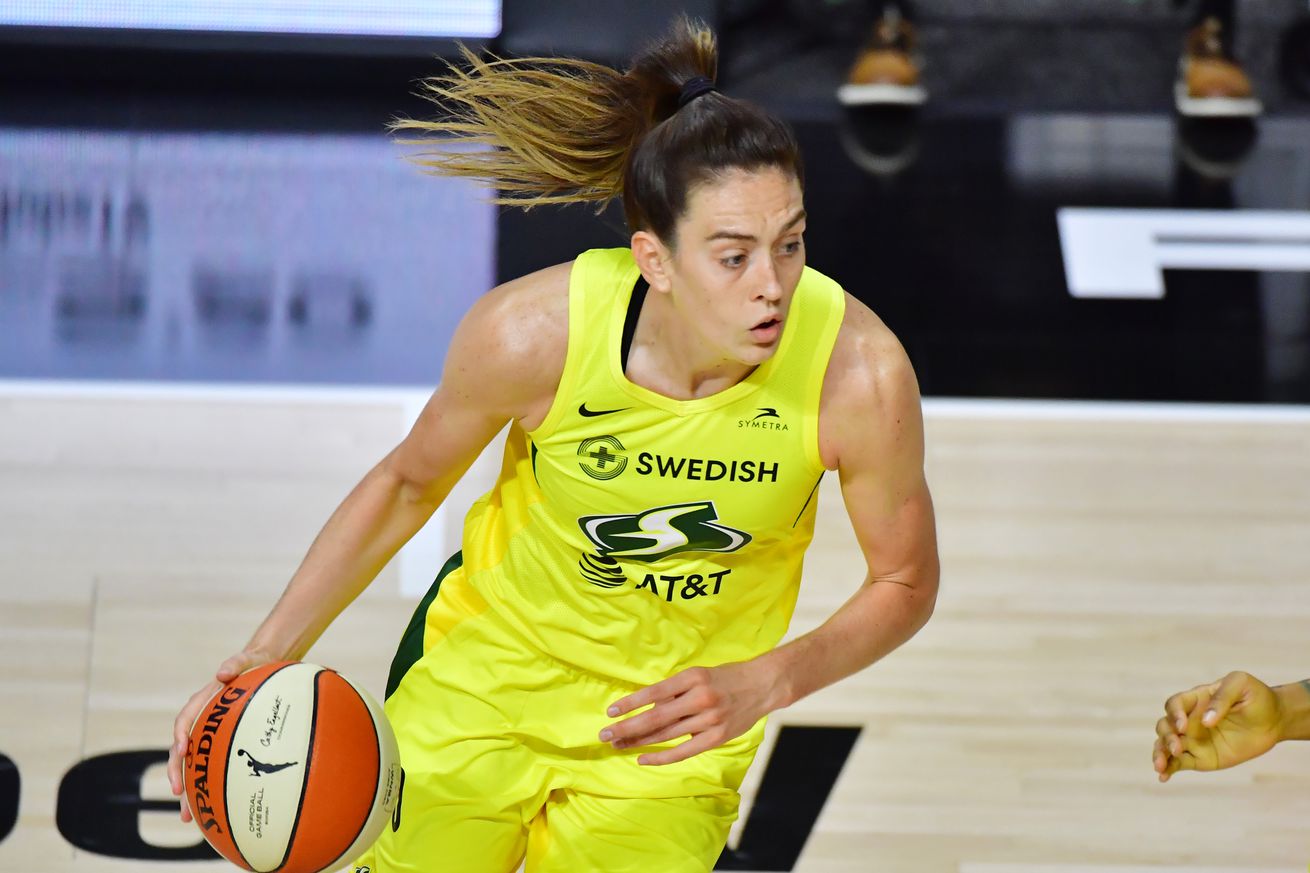 There were so many great players who came up big during the 2020 WNBA season. From rookies Sabrina Ionescu, Chennedy Carter and Satou Sabally to established stars Courtney Vandersloot, Alyssa Thomas and Breanna Stewart. Sue Bird, arguably the greatest point guard to ever play the game, got in on the action too.

The 2020 WNBA season brought us so many great plays, performances and games. There’s no way we can cover all of them, but here are a few that stood out for us:

No. 1 pick Sabrina Ionescu of the New York Liberty only played in three games in her inaugural season but one of them was special. Her amazing performance came on July 29 in a 93-80 loss to the Dallas Wings. The rookie scored 33 points and was 6-of-10 from beyond the arc.

Carter was always destined to be a scorer in the WNBA and her rookie season was no disappointment — she had six games with at least 20 points. Her best game of the year came on Aug. 6 when she scored 35 and dished out seven assists against the Seattle Storm in a 93-92 loss. Her point total was good for the most points scored in a game by an Atlanta Dream rookie, a record previously held by Angel McCoughtry.

Meanwhile, Carter’s skills on the defensive end did not go unnoticed:

Satou Sabally’s 23-point, 17-rebound performance in the Dallas Wings’ win over the Indiana Fever on July 31 was also impressive. It was the first 20-point, 15-rebound game by a rookie in franchise history. Sabally had five double-doubles on the season.

Courtney Vandersloot of the Chicago Sky set the record for a season assist average with 10.0 helpers per contest. She had nine double-doubles and 11 games with 10 or more assists, including three games with at least 15. She finished the season with six-straight games in double-digit assists, a streak that started with a WNBA single-game record 18 assists in a 100-77 win over the Indiana Fever on Aug. 31.

Enjoy the highlights of all 18 assists by Vandersloot:

One of the biggest storylines of the WNBA Playoffs was the health of Connecticut Sun forward Alyssa Thomas. She has played with torn labra in both shoulders for a few years and made things worse when she dislocated her right shoulder in Game 2 of the WNBA Semifinals against the Las Vegas Aces on Sept. 22. Heading into Game 3, Thomas was listed as “OUT” and then the morning of game day was upgraded to “QUESTIONABLE” to the surprise of everyone.

Wow! Alyssa Thomas upgraded to questionable tonight. This woman is a warrior. If I know her, she is doing everything humanly possible to play tonight despite should injury Tuesday. ⁦@ConnecticutSun⁩ pic.twitter.com/4sXWIlf1eV

After playing just five minutes in Game 2, Thomas played 39 minutes and finished with 23 points and 12 rebounds as the Sun took Game 3 by a score of 77-68. She scored eight of the Sun’s final 12 points in the contest.

Game 1 of the WNBA Finals on Oct. 2 was the start of a dominant Seattle Storm sweep over the Las Vegas Aces and it was quite a historic game. The Storm’s Breanna Stewart tied a playoff record with 15 made field goals, set the Finals record for defensive rebounds with 15 and scored a playoff-franchise-high 37 points. Additionally, Seattle’s Sue Bird set the playoff record for assists with 16. Those outstanding performances fueled a 93-80 win.

Here’s our top 10 favorite assists from @S10Bird last night in game 1 of the finals!#wnba pic.twitter.com/ihe642bJC8