Boxer Cathy McAleer on the move with new sponsor 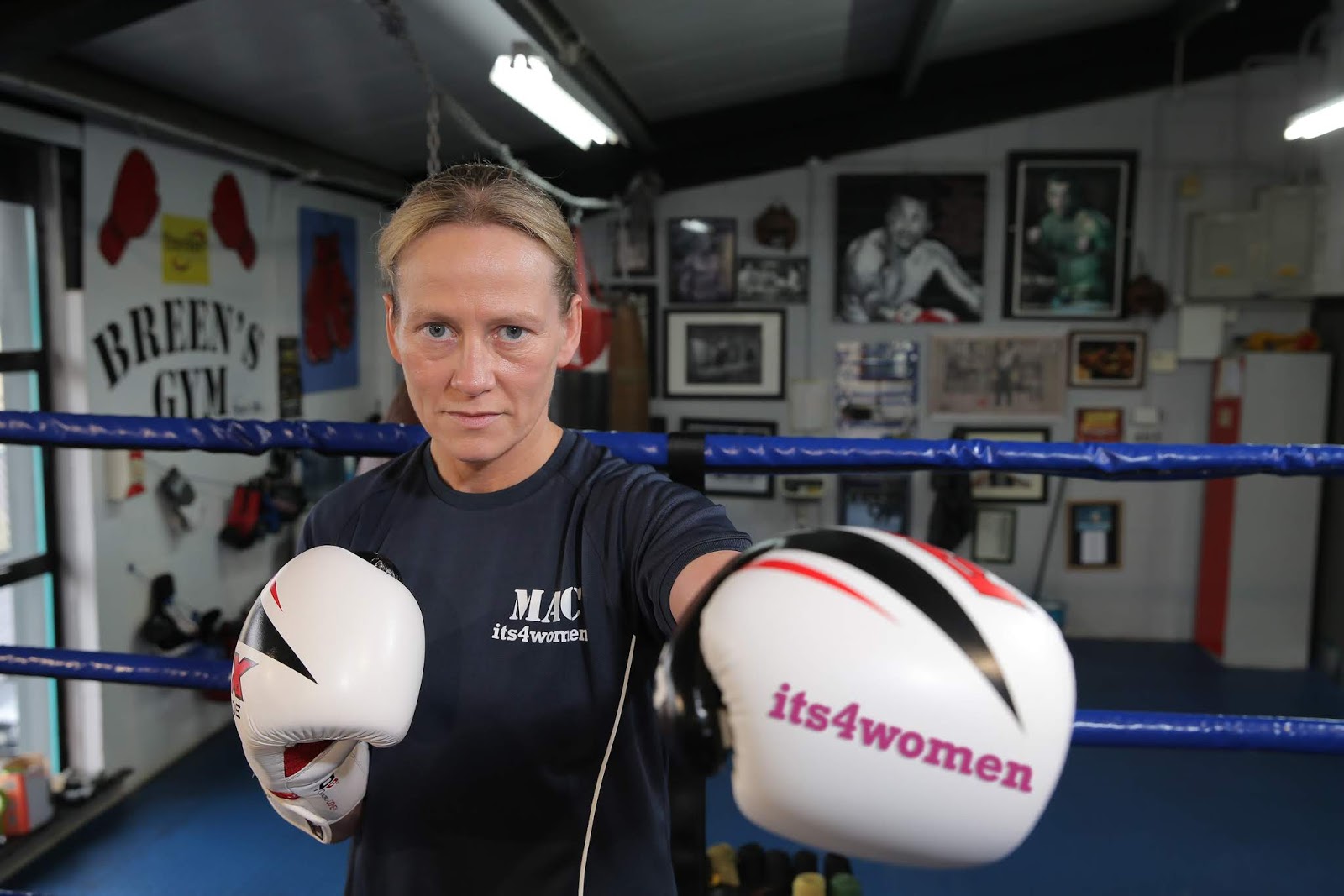 Cathy McAleer has spent her fighting career breaking barriers, and with the addition of a significant sponsor to her team she’s ready for more. Insurance company Its4Women have just opened in Northern Ireland, and as they were one of the first to sponsor Katie Taylor, it’s not surprising they’ve turned to Cathy.
She’s had a frustrating few months, with two fights cancelled including one that was set for this Friday in Belfast. It’s been fantastic the last year or so to see the growth of women’s fighting, but a good dose of reality when you see how almost impossible it is to make matches if someone is injured.
All that wheeling and dealing which goes on behind the scenes in men’s boxing can make the re-matching appear seamless, but it’s not so easy for women’s bouts yet.
Cathy says: “I was disappointed when I found out that the fight scheduled to take place on Friday  wasn’t going ahead. I’m not going to let this delay put me off. I’ve invested a lot of time and energy in my training programme. I’m physically strong and I’m prepared to travel to make the fight happen.
I hope to make history as the first lady to fight for a commonwealth title belt.”
Social media accounts like IrishBoxing have been pushing a Commonwealth match-up with Shannon Courtenay but nothing is set yet.
In the meantime, the bantamweight boxer’s got some new gear courtesy of her sponsor. And its4women marketing manager Kerry Beckett certainly sounds confident, saying: “Our ethos is one of empowerment, to help everyone realise their potential. Cathy McAleer is already a world class athlete who wants to be a boxing world champion. We believe she has got what it takes, and as a world class insurance provider we want to help her achieve her goal. “
I first interviewed Cathy last year when she made her debut   – read that on the Irish Times – and I was so impressed with her ambition. Turning 40 is usually a time for sportswomen to say, alright I’ve done a lot but it’s time for something else. Cathy’s held world titles in Karate, Kickboxing and represented Down in Ladies Football.
You can see how the exploding women’s fight scene is tempting though, and with coach John Breen behind her there’s hopefully a few title shots in the making yet.