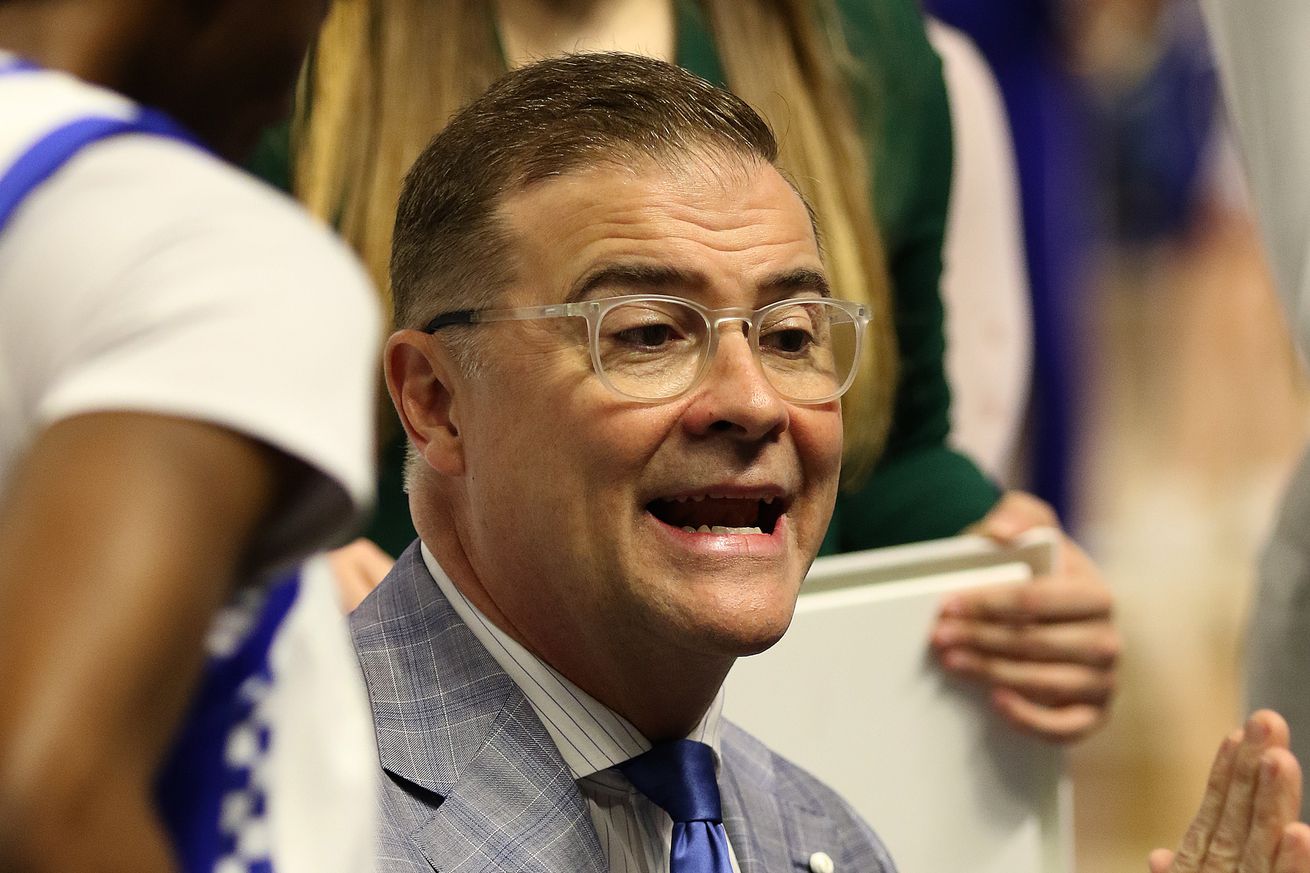 Kentucky Wildcats head coach Matthew Mitchell, who had brain surgery in June after sustaining a concussion in March, announced his retirement on Thursday, just 13 days before the college basketball season was slated to begin.

The Wildcats were ready to start their 14th season with Mitchell at the helm but now turn to interim head coach Kyra Elzy, who has been promoted by Kentucky athletic director Mitch Barnhart.

Mitchell is the winningest coach in Wildcat history with a record of 303-133 at the school. His overall record stands at 333-162. Meanwhile, Elzy has held the title of associate head coach with the Wildcats and the Tennessee Lady Volunteers. She has been an NCAA assistant coach in some capacity since 2002.

Mitchell leaves behind a team that is ranked No. 11 in the AP preseason poll and went 22-8 last year. The team’s best player, Rhyne Howard, was an AP All-American last year as a sophomore and is an AP preseason All-American this year.

Mitchell said the following in a statement:

After much conversation with my family and Mr. Barnhart, I have decided to retire from coaching and effectively have resigned as head coach at Kentucky. This was a difficult decision and I know the timing is not ideal, but I do not feel I can give the job what it requires at this time. As has been much publicized, I have had an eventful offseason with my injury and subsequent surgery. I have been open about the fact that the surgery and recovery process has been life-altering for me and my family. Through that, my priorities towards my family and my faith has grown even larger than before and that has led me to make this decision. Although so much about today is sad because I will greatly miss the relationships and people that have constantly lifted up my family and me the last 13 years, I am resolute in my decision and comfortable with beginning the next chapter of my life.