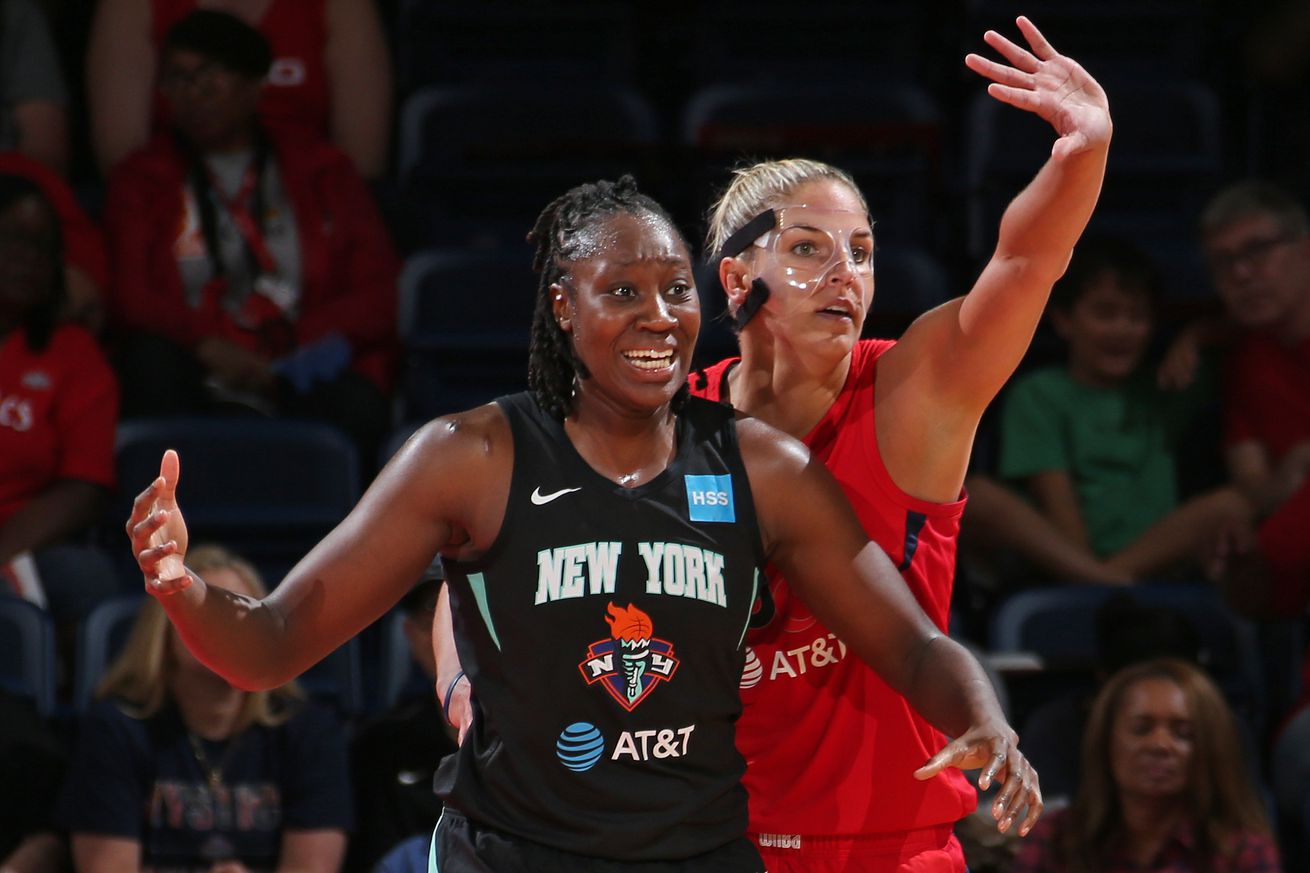 Acquiring Tina Charles gives Elena Delle Donne and the Washington Mystics big help in the paint. The move to the nation’s capital returns Charles to the tutelage of Mike Thibault, for whom she played early in her career when both were with the Connecticut Sun. | Photo by Stephen Gosling/NBAE via Getty Images

New York Liberty head coach Walt Hopkins’ statement on Monday that Tina Charles is in the team’s plans didn’t age well. The Liberty’s all-time leading scorer was traded to the defending champion Washington Mystics on Wednesday, where she will again play for Mike Thibault.

The Washington Mystics announced on Wednesday that seven-time WNBA All-Star Tina Charles is joining the team.

Charles has played for the New York Liberty the past six seasons and is now headed to her third team. She started her career with the Connecticut Sun, then coached by current Mystics head coach Mike Thibault. One of the best active players to never win it all, Charles finally has a chance to get what she never could from the Liberty: a WNBA championship.

“Right now Tina is with the Liberty,” new Liberty head coach Walt Hopkins said in a conference call on Monday. “We’ll keep our options open and find a way to maximize this group.”

It now appears the Liberty may have been leaning toward trading Charles more than Hopkins implied.

In exchange for Charles, the Liberty have received from the Mystics guard Shatori Walker-Kimbrough and the Mystics’ spot in the first round of this year’s WNBA Draft (No. 12).

In what was a three-way trade that also involved the Dallas Wings, the Liberty also acquired guard Tayler Hill and the No. 9 and No. 15 picks in the 2020 draft.

Charles will be a hugely important addition to the Mystics, who saw All-Star Kristi Toliver return to the Los Angeles Sparks after being a key contributor to Washington’s 2019 championship run. With a certified superstar in Charles playing alongside reigning league MVP Elena Delle Donne, the sky is the limit for the Mystics. They may have won back their status as a front-runner for the 2020 title.

Charles, 31, and Delle Donne, 30, could have some great years together before exiting their primes. Delle Donne is more skilled at playing on the perimeter and doing it all on offense while Charles will give the Mystics plenty of inside scoring and rebounding.

The all-time leading scorer in Liberty franchise history will be an upgrade over 2019 starting center LaToya Sanders, who is a great defender and spot-up shooter but not a prolific scorer.

Tamryn Spruill contributed to this story.