Camilla Persley is in a league of her own 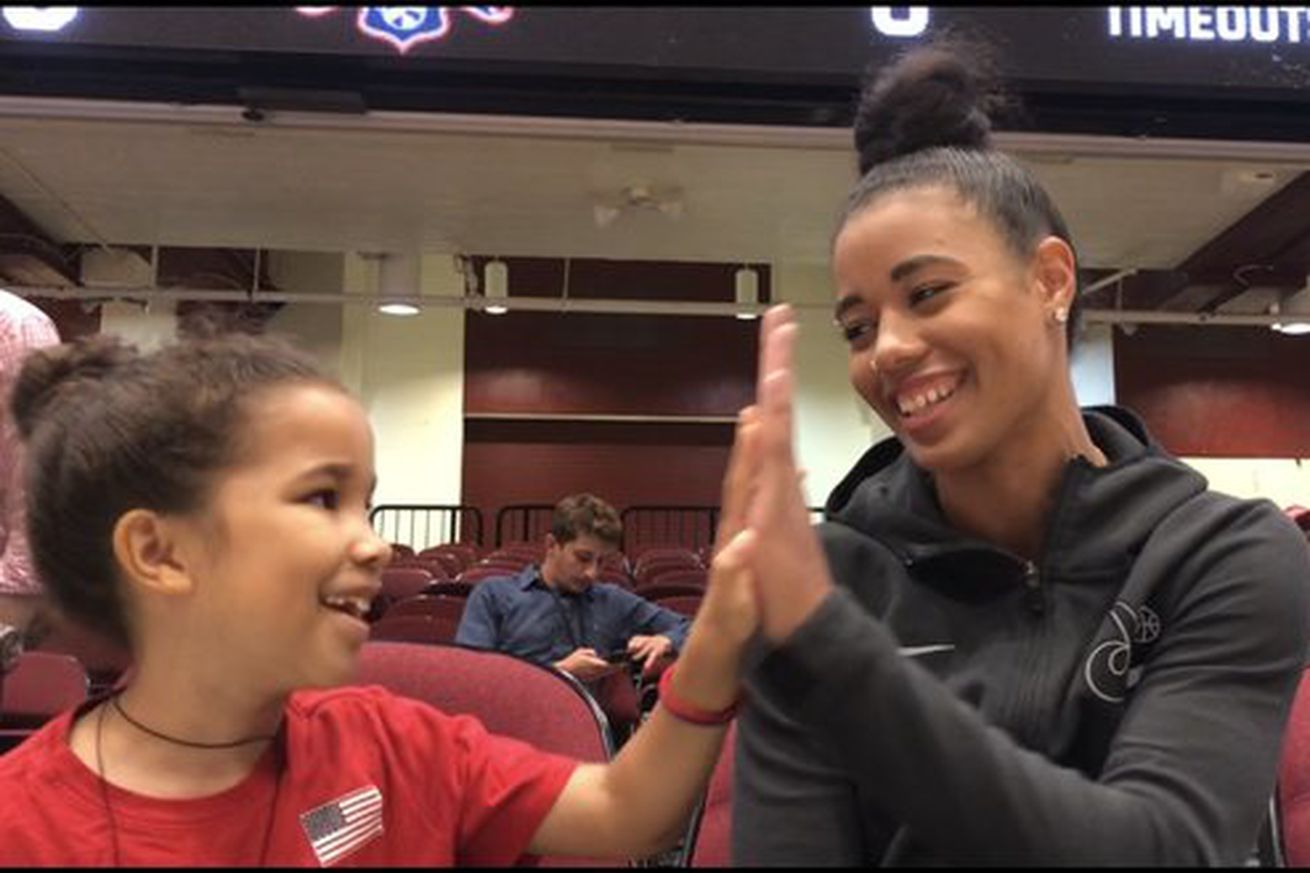 Camilla Persley has become a rising star within the WNBA. If you haven’t heard of the nine-year-old reporter, it’s only a matter of time before you do.

The much-hyped 2020 WNBA rookie class has competition off the court in Camilla Persley.

In 2018, Persley hopped on the scene by interviewing WNBA All-Stars and coaches. The young talent highlighting the WNBA has fans as excited to watch her progress as they are to watch the players she covers.

Persley’s family has supported her short journey in broadcasting by driving from New York to Washington, D.C., a so that the nine year old can catch her favorite team, the Washington Mystics. Star guard Natasha Cloud and broadcasters Meghan McPeak and Christy Winters-Scott are among those reaching out to support Persley.

We had a special guest in the crowd last night, Camilla Persley, who got to chat with @meghanmcpeak & @ChristyWScott51, and talk about always being yourself & following your dreams pic.twitter.com/TPzq707NOM

As more young women and men tune into the league, kids like Persley are becoming invested in more than just buying jerseys. Her poise, confidence and spirit make her a pioneer in her own right, and her knowledge and love for the game will continue to separate her from the rest.

Plus, her maturity and world view will make you forget she’s only nine years old.

On the latest episode of “Players of the New School,” Jasmine Baker chats with Persley about the upcoming season, her favorite team and her quarantine birthday.