Capturing the legends of Muaythai 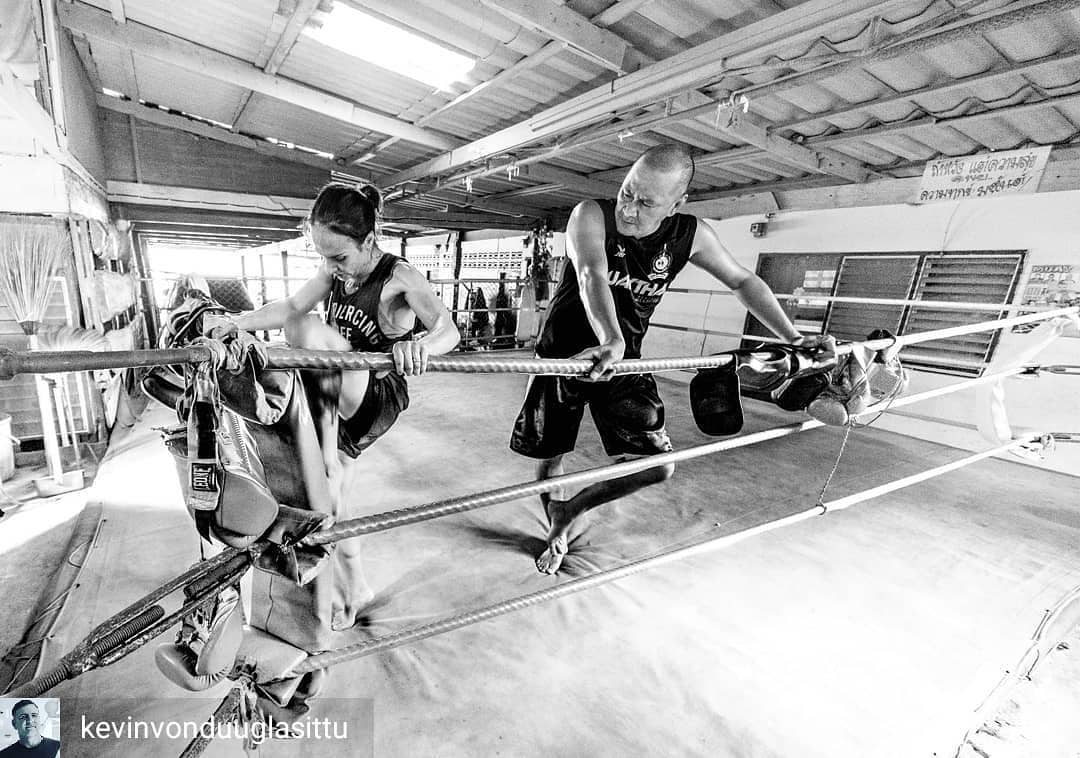 Muaythai is an ancient sport, with many of its best fighters doomed to be forgotten thanks to the lack of archival material.  But American fighter Sylvie von Duuglas-Ittu is working to re-set that balance with a great online project.

Sylive has lived in Thailand since 2012, fighting more often there than any non-Thai fighter which is no mean feat on its own. She is heading rapidly towards 200 fights, with an almost real-time chronicle of her time there on her website and social media.

One of the biggest challenges for any Muaythai fighter wanting to train in Thailand is the cost of living and fighting full-time. Sure you get money for fights but this can be as low as 500THB ( 14 euro) with pay-outs needed for trainers and maybe transport. So people look for other ways to fund themselves whether through savings or working as teachers or whatever rocks their boat.

Sylvie started recording her journey for non-financial reasons, but her website (see below) has grown into a small but effective sidelines. One of those sidelines on the Patreon platform is her Legends project.

She and her husband Kevin who took the photo above travel around Thailand, training with the fighters who changed Muaythai over the years. Obviously very few of these guys have an online presence, but their skills have been captured in old tapes and memories. Sylvie trains with them focusing on their particular skill-set and her supporters benefit.

And so do they, their reputations cemented and they gain financially. It’s a huge thing to have in a sport which lived on word of mouth for so long.

Unlike most non-Thai fighters who go to Thailand to train for fights at home, Sylvie moved lock, stock and barrel to Thailand. Her website takes you into the culture and shadows of a sport few of people take the time to fully understand. Well worth poking around in for a few hours or more.

Sylvie’s website is 8limbs.us  and you can link to all her online projects from there.

My interview with Sylvie back in 2012 for this blog.