Colleges best repped in the WNBA 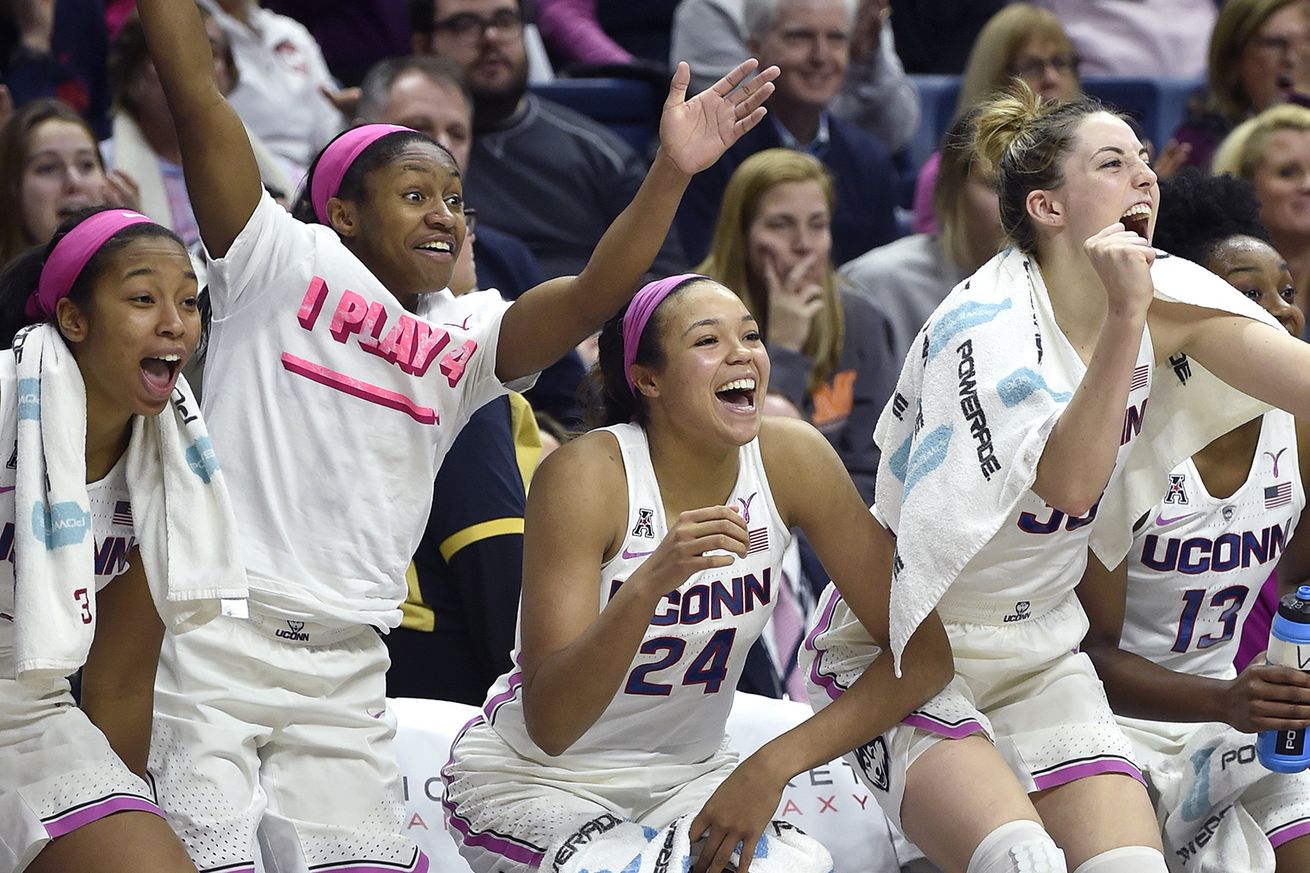 Napheesa Collier is the latest UConn Huskies player to win Rookie of the Year, while collegiate teammates Katie Lou Samuelson, Crystal Dangerfield and Megan Walker are also getting started in the league. The Huskies have more players in the WNBA than any other school, followed by the Maryland Terrapins and Notre Dame Fighting Irish.

UConn and Tennessee have been the two most dominant programs throughout NCAA women’s basketball history in terms of championships. But teaching players the skills needed to play at the next level is also an important part of a program. Here’s a look at the schools who have been the best in that department in recent years.

The span of UConn greatness currently represented in the WNBA goes back to Sue Bird (class of 2002) and Diana Taurasi (2004) and continues up to Napheesa Collier, who was the No. 6 pick in last year’s draft and won the 2019 Rookie of the Year award. Breanna Stewart is currently the big-name UConn player dominating the league like Taurasi and Maya Moore before her. Tina Charles may be out this season due to having a preexisting health concern amidst the coronavirus pandemic, but she is up there with those greats as well and will try to write a championship-winning chapter with her new team, the Washington Mystics. After Charles there’s Stefanie Dolson (Chicago Sky), Tiffany Hayes (Atlanta Dream; sitting out this season), Moriah Jefferson (Dallas Wings) and Kia Nurse (New York Liberty), who are all capable of being the best player on a WNBA team.

Three current WNBA players who attended Maryland (Natasha Cloud, Lexie Brown and Kiara Leslie) did not finish their college careers with the Terrapins, but head coach Brenda Frese continues to recruit and mentor great talent. Alyssa Thomas (Connecticut Sun) is the best Maryland player in the WNBA right now and is playing phenomenal basketball as of late. Meanwhile, 2006 national champions Crystal Langhorne (Seattle Storm) and Kristi Toliver (Los Angeles Sparks; sitting out 2020) continue to contribute, with Toliver making the last two All-Star Games. Thomas’ Terp teammate Tianna Hawkins (Mystics) is trying to take her game to the next level after a great 2019 season spent coming off the bench.

Notre Dame has historically been a major rival of UConn’s and many of its players have entered the WNBA battled-tested from their bouts with the Huskies. Former Fighting Irish Skylar Diggins-Smith, Jewell Loyd and Kayla McBride are three of the best guards in the league. Notre Dame also boasts a steady contributor for the Indiana Fever in Natalie Achonwa and 2019’s No. 1 overall pick, Jackie Young. Arike Ogunbowale, the No. 5 pick in the 2019 draft, could one day be up there with Diggins-Smith, Loyd and McBride as one of the greatest guards to ever come out of Notre Dame.

Head coach Dawn Staley and star player A’ja Wilson (now with the Las Vegas Aces) turned the Gamecocks into a perennial power in the mid-2010s, winning the national championship in 2017. Wilson is now one of the best players in the WNBA as she enters her third season. She’s up there with Breanna Stewart, Liz Cambage and Elena Delle Donne, which is huge for the South Carolina program. Allisha Gray (Wings), who transferred over from North Carolina, and Tiffany Mitchell (Fever) have made a big impact on the league as well. Meanwhile, former No. 2 overall pick Alaina Coates recently signed with the Mystics and may see significant playing time this year. Plus, South Carolina alums Mikiah Herbert Harrigan (Minnesota Lynx) and Tyasha Harris (Wings) were taken in the first round of the draft this year.

The Lady Vols haven’t been as dominant of late, but they are still the second-best program in women’s college basketball history and are still well-represented in the WNBA. Candace Parker (Sparks) is the one remaining Lady Vol in the league who has won a national championship, with hers coming in 2007 and 2008 while the legendary Pat Summitt was still coaching. Glory Johnson (Dream) is another Lady Vol who is an established and well-respected star, while Diamond DeShields (Sky) is an up-and-coming potential superstar. Isabelle Harrison (Wings), Mercedes Russell (Storm) and Shekinna Stricklen (Dream) are also solid contributors in the league.

Joanne P. McCallie, who recently stepped down as head coach of the Blue Devils, may not have won a national championship in her 14 years in Durham, but she helped quite a few players make it to the next level. Chelsea Gray, in particular, is writing an exciting new chapter in Duke’s WNBA legacy as a star for the Sparks. Meanwhile, Elizabeth Williams is playing great with the Dream and Jasmine Thomas was a big reason why the Sun made it to the WNBA Finals last year.

All six of the Scarlet Knights in the WNBA have made legitimate contributions at some point during their careers. The one who got the most coverage last year was the Fever’s Erica Wheeler, who became the first undrafted player to win the All-Star Game MVP award. Epiphanny Prince, Essence Carson and Kia Vaughn are all in the latter half of their careers; Prince leads the trio with two All-Star appearances. Meanwhile, Betnijah Laney (Dream) and Kahleah Copper (Sky), ages 26 and 25, respectively, are up-and-coming players.

Only three players currently in the WNBA played their entire college careers at Baylor, but one of them is superstar center Brittney Griner (6’8”) who changed the game when she came out of college in 2013. Griner has won a WNBA championship and has come close to winning the MVP award. Kalani Brown (6’7”) and Lauren Cox (6’4”) — a frontcourt tandem that won a national championship together in 2019 — could both turn into stars like Griner.

Louisville’s Angel McCoughtry has made a lasting mark on the WNBA with five All-Star appearances and seven All-Defensive Team selections. The Liberty hope that another Cardinal in Asia Durr will one day be mentioned in the same breath as McCoughtry. Meanwhile, Myisha Hines-Allen is a young player trying to break into the Mystics’ rotation, and Jazmine Jones and Kylee Shook are both rookies for the Liberty.

The Ogwumike sisters (Nneka and Chiney) were both No. 1 overall picks and have now reunited in Los Angeles. Nneka already has a championship and an MVP award to her credit, while Chiney (sitting out for 2020) is putting up solid numbers as well. After them it’s Erica McCall (Dream) and Alanna Smith (Phoenix Mercury) representing the Cardinal.

Allisha Gray, who finished her collegiate career at South Carolina, is the best former Tar Heel in the league right now. Jessica Breland (Mercury) and LaToya Sanders (Mystics), who are both sitting out 2020, have put together solid careers in the WNBA, as has Tierra Ruffin-Pratt (Sparks).