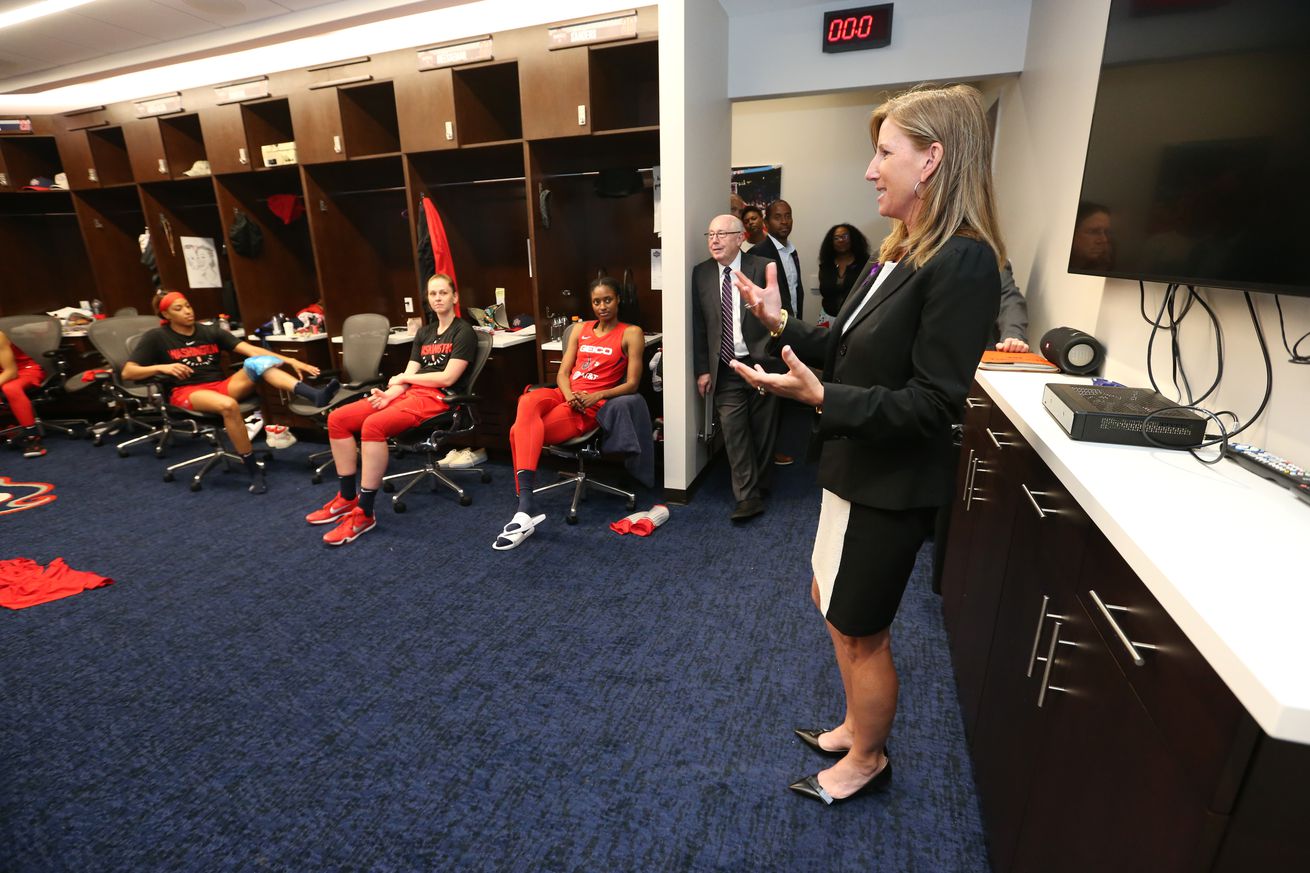 WNBA commissioner Cathy Engelbert and star guard Skylar Diggins-Smith hope the CBA reached in January will not lose momentum and that a 2020 season will happen. Both the NBA and WNBA are getting closer to a solidified plan.

The talks surrounding the start of the 2020 WNBA season are getting more serious.

Last Wednesday, Kareem Copeland of The Washington Post revealed a lot of what has been going through the mind of commissioner Cathy Engelbert with regards to the COVID-19 pandemic and the postponement of the league’s season, which was supposed to start on May 15. It has been over two weeks since that date has passed, but, according to Engelbert, there is real hope that there will be a 2020 season.

It may not be for a while, though, and it will almost definitely take place without any fans in attendance.

Things for the league to consider:

Of her priorities: regarding starting the 2020 season, Engelbert said:

You’re always evaluating the environment [players] are in versus the environment you can provide them. … We’re working hard to have a very competitive season with competitive playoffs. Those are kind of two must-haves from my perspective to keep the momentum going.

Keeping the growth of the WNBA moving in the right direction is ever-important this year after an eight-year collective bargaining agreement was reached on Jan. 14 that made positive and unprecedented changes to the league. Since then, players and fans have been looking forward to seeing that plan in action.

Our game is continuing to grow, what women are doing, evolving as athletes — it’s growing every day. So, it’s in great hands, and I don’t suspect people will have to wait too long to watch us play (again). I’m not worried about the momentum at all because the level of play is so high. And the first thing you’ve got to have is talent, and that’s what we do have in this league. I’m excited about the possibilities, new opportunities, and obviously, I’m excited about competing.