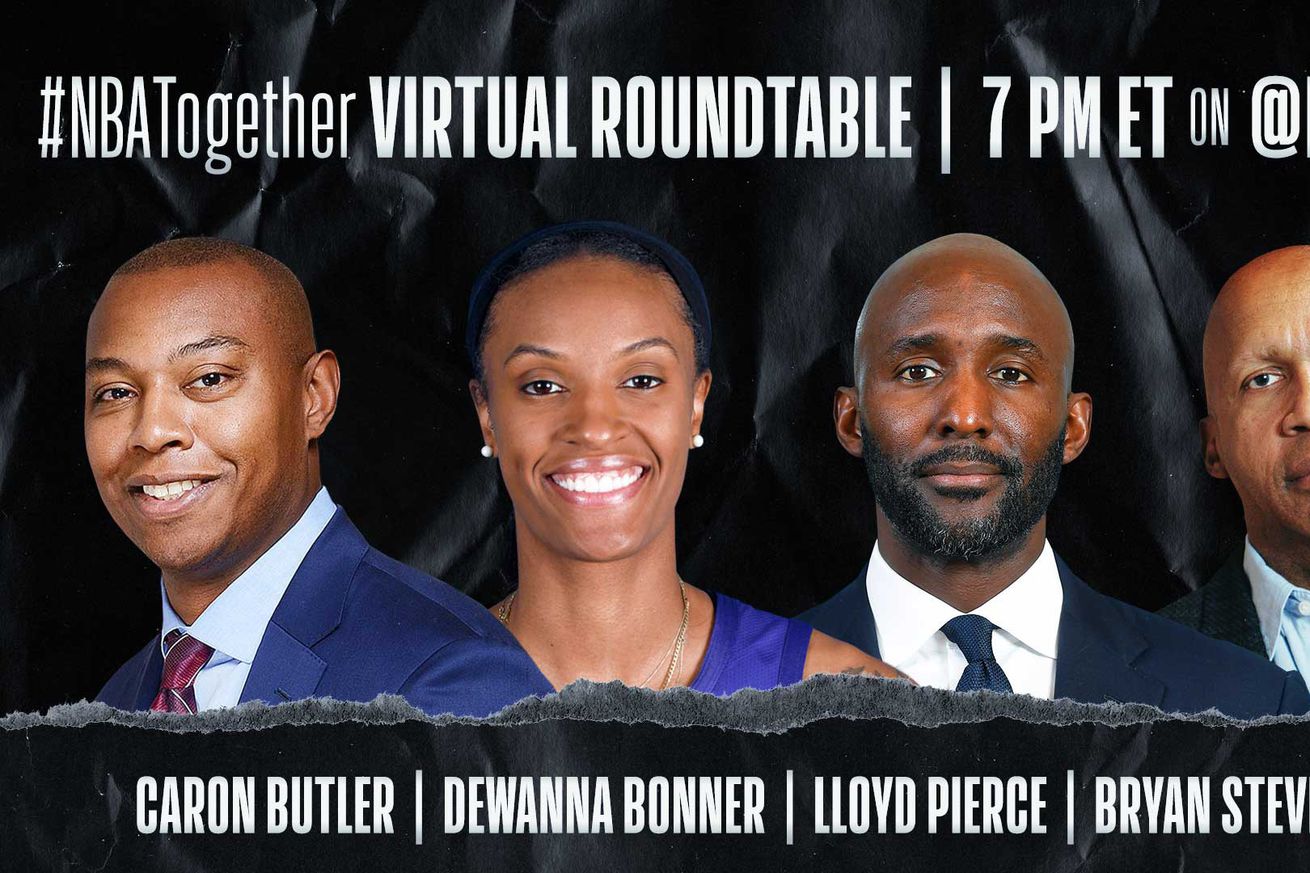 DeWanna Bonner (second from the left) made a name for herself as a member of the Phoenix Mercury. | Photo courtesy of NBA.com.

The Connecticut Sun’s DeWanna Bonner will be on a panel at 7 p.m. ET on the NBA’s official Twitter account (@NBA) to discuss COVID-19’s impact on incarcerated individuals. Caron Butler, Lloyd Pierce and Bryan Stevenson will be joining her.

The NBA has started the #NBATogether Virtual Roundtable series to discuss important topics during the COVID-19 pandemic and Tuesday, May 5, at 7 p.m. ET, the second panel will convene live on NBA Twitter and feature WNBA star DeWanna Bonner.

Bonner, a former WNBA champion with the Phoenix Mercury who recently signed with the Connecticut Sun, will discuss how the virus could affect prisoner safety. Joining her are former NBA player Caron Butler, Atlanta Hawks coach Lloyd Pierce and Bryan Stevenson, lawyer and founder/executive director of the Equal Justice Initiative.

With the coronavirus impacting all areas of life, the panel will delve into how it has impacted the well-being of prisoners in correctional facilities. Bonner was invited to participate because she visited a women’s prison in Phoenix in 2019 and has an understanding of the increasing number of female prisoners.

The COVID-19 pandemic has put a spotlight on festering issues related to incarceration, such as racial inequities and wrongly convicted prisoners. Those issues will be discussed as well.

Bonner is not the only WNBA player who has advocated on the topic of incarceration. Minnesota Lynx star Maya Moore sat out the 2019 season to help free a man she believes was wrongfully convicted. She will sit out the 2020 season to continue her work on criminal justice reform.

Due for release in December, “Just Mercy” is a movie based on Stevenson’s memoir about finding Walter McMillian innocent of a 1987 murder.