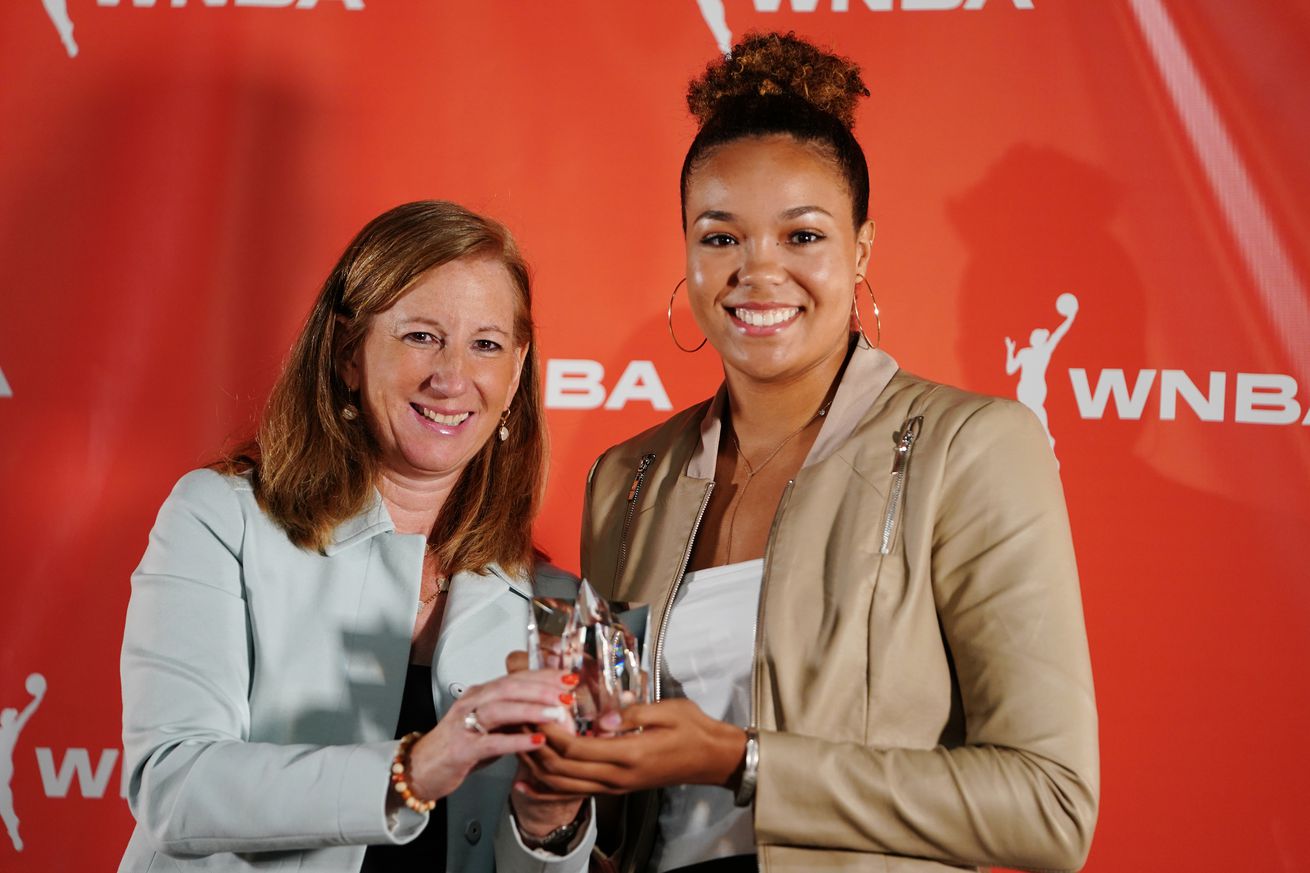 WNBA commissioner Cathy Engelbert appeared in an interview on ESPN last night and spoke about the league’s plan for the 2020 season, which was revealed earlier in the day.

On Monday the WNBA announced its official plan for the 2020 season, which has been delayed since May 15 by the COVID-19 pandemic. Later on Monday night, WNBA commissioner Cathy Engelbert appeared on ESPN to go into more detail about the league’s plan in an interview with Mike Greenberg.

Before Engelbert answered any questions, it was confirmed that the tentative start date is set for July 24, while the postseason is slated to end sometime in October. It was also confirmed that there will be 22 regular-season games — 14 fewer than there would have been in a normal 36-game season — and that the games will take place at IMG Academy in Bradenton, FL.

Engelbert then shared her thoughts on the plan before discussing two key issues surrounding the season: health and social activism.

“Coming off our draft in mid-April, we started an enormous scenario-planning exercise to try to determine how many games could we play [and if we] could we get full playoffs in,” Engelbert explained. “We decided we had some principles — obviously health and safety of our players and staff. And then really to get a competitive season in. We think that a 22-game season [is] a very competitive season. Full playoffs. Unfortunately without fans.

“It’s just starting to come together — a lot of logistics and everything. But we’re excited to tip a season off this summer.”

Engelbert on health amid COVID-19:

Obviously things change every day as you consult with physicians and state and local health authorities. It’s important to know that you have to actually be pretty agile and change. Certainly leveraging off the NBA process as well. ... Looking at, obviously, testing, temperature checks, masks. ... We’re looking forward to making sure that all that is in place.

Our players will all be together for the first time in WNBA history in a single site. What I've heard from them is ‘there’ll be a lot of eyes on us, let’s think about how strong our voices can be.’ ... We have one of the most diverse leagues in professional sports — 80 percent black women. And all of our players are really looking forward to the platform that they could launch from IMG Academy around social justice.

Second-year Phoenix Mercury player Brianna Turner, whose parents are both police officers, also spoke with Greenberg during the two-hour special. She reiterated that, when arresting someone, police should only intervene physically if they or someone else is in danger.

Where players will live: “multiroom villas with kitchens” (per ESPN’s Mechelle Voepel)

Greenberg’s interview with Engelbert was relatively short compared to the other commissioners who talked about their leagues on the two-hour special, but it had a very positive tone to it and it made the WNBA look like it is on top of things. Returning to play has been a greater struggle for some of the other major sports leagues in the country. The WNBA has not only found a start to its season but is also paying its players 100 percent of their salaries despite the shortened season. It appears that the league will be able to salvage the crucial momentum it gained with its new collective bargaining agreement in January.