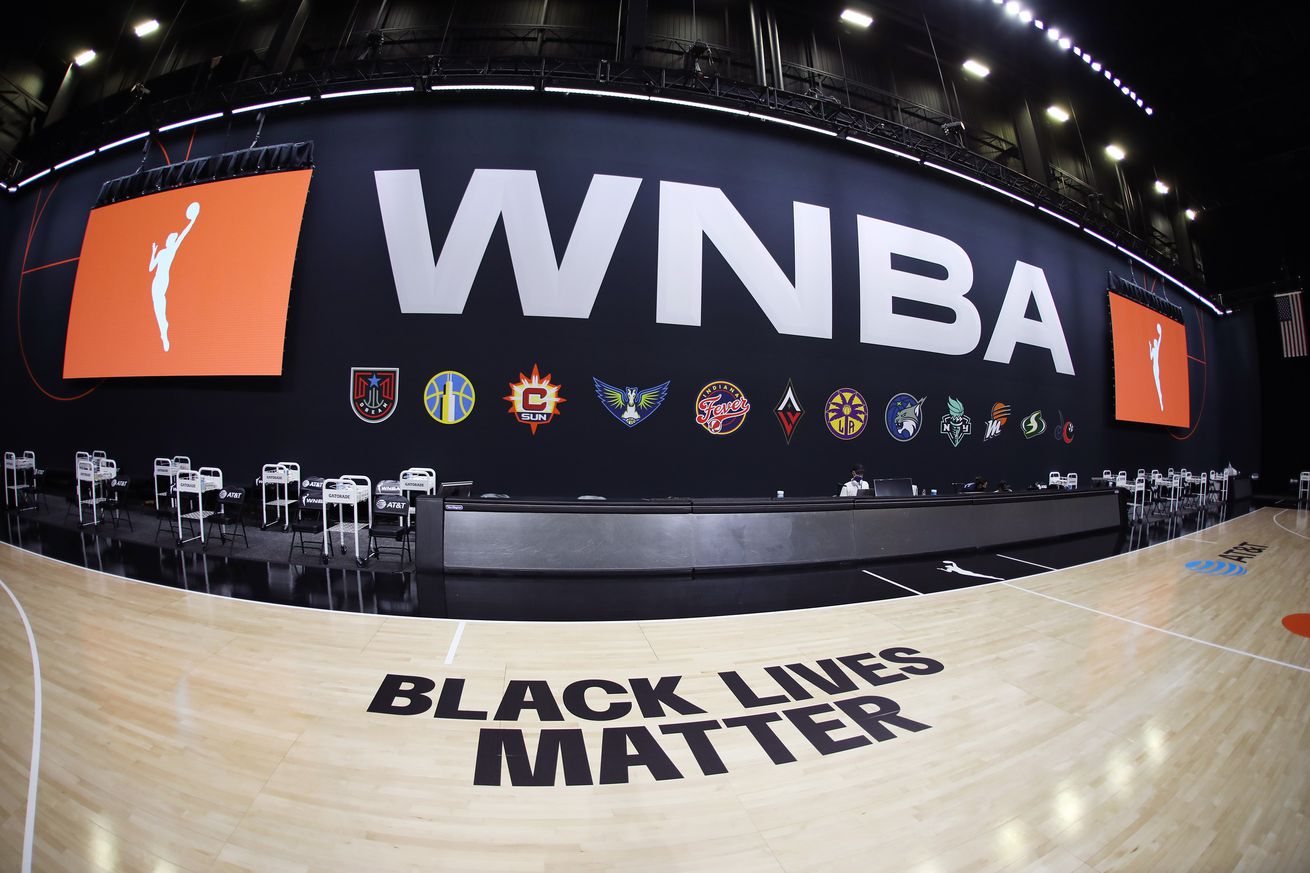 The courts of IMG Academy in Bradenton, Florida, where the 2020 WNBA season will be played. | WNBA

The WNBA unveils the courts of IMG Academy in Bradenton, Florida, where the 2020 season will be played.

When the WNBA tips off its 2020 season on Saturday, July 25, from the IMG Academy “bubble” in COVID-19-ravaged Florida, the focus will be on the nation’s other pandemic: racism.

While Natasha Cloud (Washington Mystics) and Renee Montgomery (Atlanta Dream) opted out of the season to further racial justice efforts outside of the bubble, those who agreed to play in these unprecedented conditions made it clear to the league that the show would go on only if the WNBA joined the players in devoting the season toward social justice initiatives.

Commissioner Cathy Engelbert agreed and stood by players when one team owner did not.

Now, the stage is set, and Swish Appeal brings you a first look at the BLACK LIVES MATTER-emblazoned courts on which the 2020 season will be played.

The team logos situated beneath the WNBA name and bookended by the iconic league logo sends an undeniable message of unity.

The players will be wearing the names of Black Americans killed by police on the backs of their jerseys, along with the #SAYHERNAME hashtag.

I will be playing this upcoming @wnba and I am looking forward to continue to fight social injustice issues while playing and supporting front line workers. ⠀ ⠀ I am currently working with the @lvaces and @wnba to use our voices, our uniforms, and our sport to continue to impact and create real change. I am creating a petition (LINK IN BIO) to allow players the ability to put the FIRST & LAST NAME of HUMAN BEINGS that who have been injured or KILLED in incidents involving POLICE BRUTALITY! Even Front line workers during the pandemic The goal is also to create a relationship with the families of who’s name the athlete has chosen. This is a way to use our platform to be a helping hand during these trying times. Silence is an ally for EVIL and when sports resume WE WILL NOT BE SILENT. ⠀ ⠀ #SayTheirNames ⠀ #blacklivesmatter ⠀ #thetimeisnow

‘Make Way’ … or get shoved over

During opening weekend on Saturday and Sunday, the league will debut its Social Justice Anthem, which was written by Angie Thomas, author of The Hate U Give, and narrated by Seimone Augustus.