Florida’s soaring coronavirus cases could cloud the return to basketball 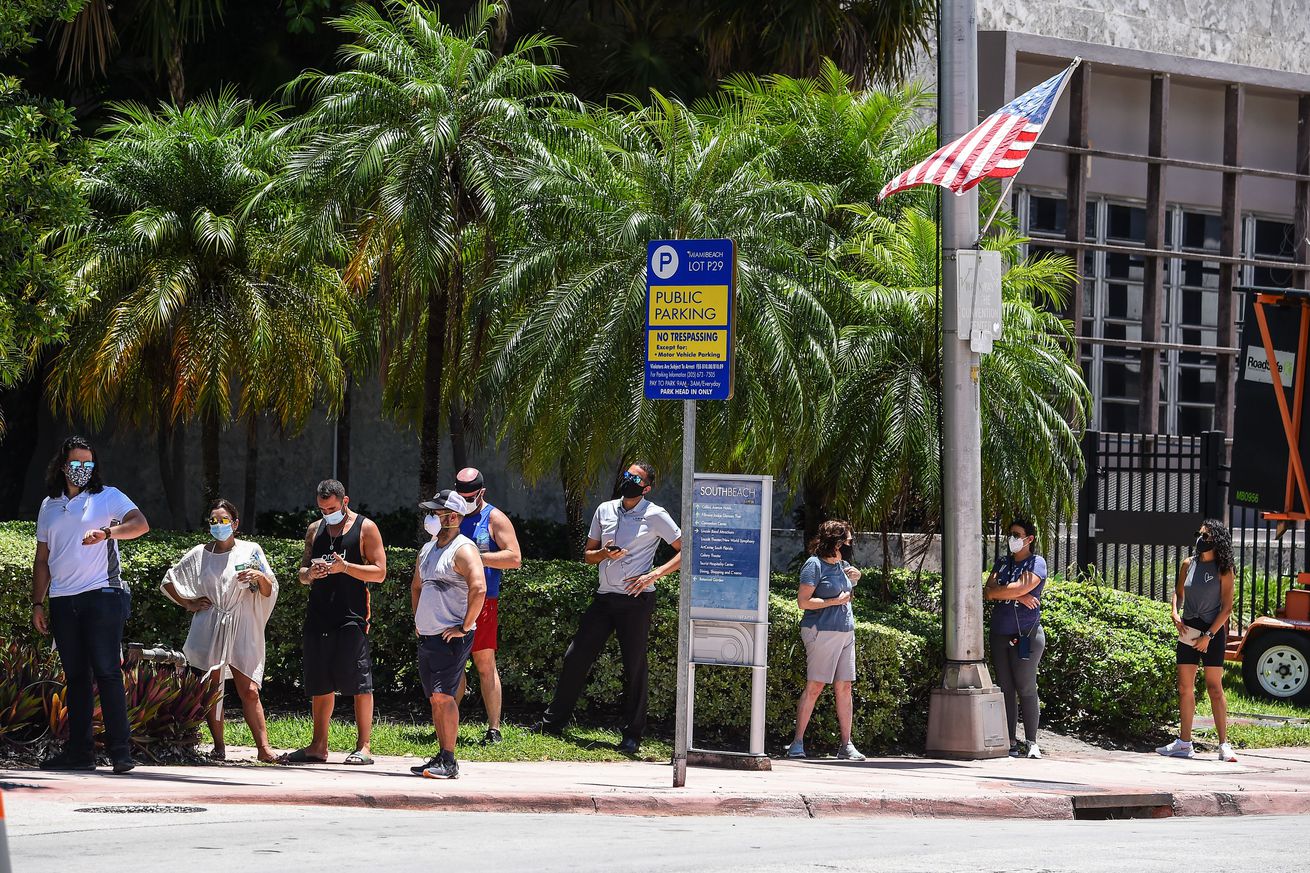 Floridians wait to get tested for the coronavirus. Should such scenes concern the WNBA and NBA? | Photo by CHANDAN KHANNA/AFP via Getty Images

In late July, the WNBA is scheduled to bring basketball back with the NBA to follow after. The WNBA will launch its season at IMG Academy in Bradenton, Florida, and the NBA at Walt Disney World in Orlando. Yet, Florida’s inadequate response to the coronavirus crisis has resulted in an exponential increase in cases, raising questions about the viability of the leagues’ respective efforts.

At a mid-April press conference, NBA commissioner Adam Silver insisted, “It’s about the data and not the date,” in regard to how the coronavirus crisis would affect the eventual return of the NBA. With the NBA slated to resume in approximately one month at Walt Disney World in Orlando, Florida — and the WNBA set to open its 2020 season one week prior at IMG Academy in Bradenton — the data is not cooperating.

According to the Miami Herald, the state of Florida confirmed 8,942 coronavirus cases on Friday, June 26, a number almost double the state’s previous high, which was recorded only two days earlier.

While much remains unknown about COVID-19, smart public health policy can curtail the virus’ spread, as evidenced by the significant decline in cases in New York. In contrast, Florida, under the urging of Governor Ron DeSantis, chose to abandon or prevent almost all prophylactic public health measures, prioritizing economic data over public health data.

Are the NBA and WNBA making a similar bet?

Are the NBA and WNBA overlooking public health data in favor of economic data?

ESPN has reported that 16 out of a total 302 NBA players tested positive for COVID-19 during the round of mandatory testing completed by the league earlier this week. The 5.3 percent positive tests are not in flagrant violation of the 5-percent-or-less threshold recommended by epidemiological experts for reopening.

However, the desire to have players test positive and complete their quarantine before the season resumes (as intimated by Brian Windhorst on the most recent Hoop Collective podcast) — in combination with the extreme measures implemented to create a secure “bubble” at Walt Disney World — indicate an effort by the NBA to be “above” the public health data.

This contrasts with the early days of the coronavirus crisis when both leagues deployed players as public health messengers, encouraging their athletes to take to social media and educate fans about the importance of adhering to public health guidelines such as social distancing.

As the Chicago Sky’s Stefanie Dolson best demonstrated, the NBA and WNBA, and their sponsors, declared “We’re all in this together,” followed by the hashtag #PlayInside.

Now more than ever, we are one team. #playinside #playfortheworld @nike dance alongs!!!!

At some point, it seems things changed. The Connecticut Sun’s Jonquel Jones, who announced this week her decision to opt out of the season, shared in recent Instagram story that the leagues’ choices are “bizarre.”

While both the NBA and WNBA have rightfully discussed how the return of basketball can provide a platform for players to contribute to the conversation about racial justice, the leagues also must be attentive to the public health messages their players are communicating by virtue of playing basketball in a state were the coronavirus is verging on out of control.