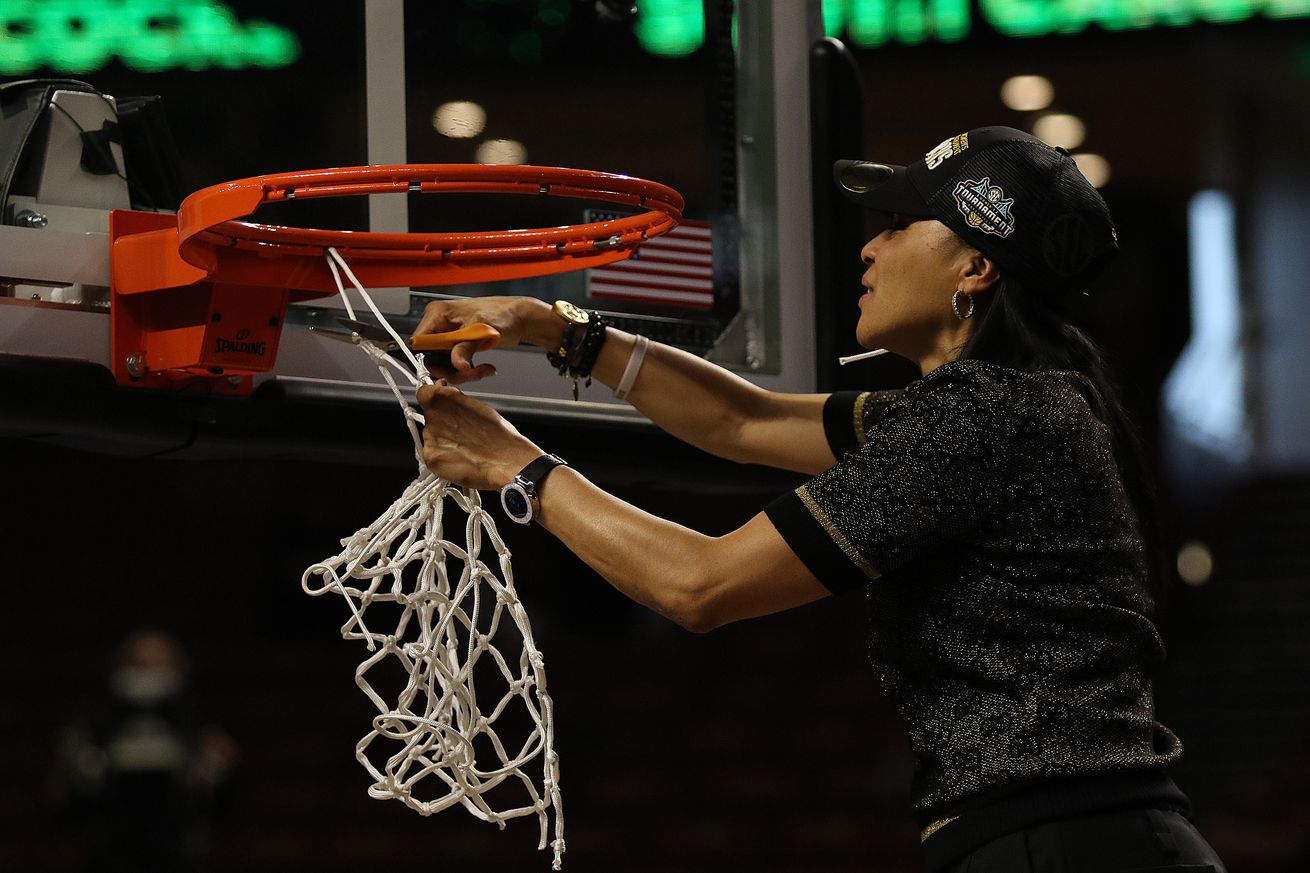 “For the Culture” features Dawn Staley and her team as they faced a sudden end to their season. | Photo by John Byrum/Icon Sportswire via Getty Images

Dawn Staley has been in constant pursuit of winning a national championship since stepping foot on South Carolina’s campus. ESPN’s documentary about the Gamecocks’ abruptly-ended season due to the COVID-19 pandemic highlights the culture she brings to basketball.

ESPN recently aired the South Carolina-centered documentary “For the Culture” showing the Gamecocks’ reflections of their successful 2019-20 season cut short due to the COVID-19 pandemic.

The Gamecocks are one of the most visible teams in college basketball — a very intentional strategy by the team as the recruiting wars stay heated. When ESPN approached the Gamecocks about the documentary, they provided plenty of behind the scenes footage. Thus, it begs the question of why the team hasn’t been highlighted sooner, or why Staley doesn’t have a series on the SEC Network.

In spite of defeating an NCAA Women’s-best 13 Top-25 teams, claiming a No. 1 ranking and never letting go, South Carolina played second fiddle to the Oregon Ducks in the mainstream media during the 2019-20 NCAA season.

The several notable takes from the documentary include Mikiah Herbert Harrigan’s return to the team and adversity following their only loss of the season. ESPN, therefore, showcases the future — and how changing the culture changes the game.

In addition to her success, Staley consistently looks the part. Many praise her as a fashion icon in her “courtside couture.” Whether she’s wearing Gucci tops or sequin designer pants, her ensembles, like her team, don’t miss.

And the kicks? You can’t forget the kicks.

At a time when some head coaches mockingly post photos of themselves being arrested by former players, Staley is empowering her mostly black players by being unapologetically herself. You saw the same air of confidence in many of her players throughout the documentary.

The Olympian, national champion and fashion maven is one of the biggest, most authentic personalities in basketball.

Top players across the country recognize her authenticity, as noted by her top recruiting class.

Consider this: When Laeticia Amihere traveled to South Carolina for a recruiting visit, Staley brought in a caterer to cook African cuisine for Amihere and her mother who is from the Ivory Coast. Sure, many coaches go out of their way for recruits. But in cultures across the diaspora, Staley understands the importance of making people feel like family, especially mothers.

“In 19 years of recruiting, I’ve never heard this, but her mother said, ‘I give you my daughter,’” Staley said. “I took that to heart. She said she was entrusting her daughter to me to help make her a complete person.”

We initially saw ‘For the Culture’ on full display during the 2016-17 season that ended with a national championship won in Dallas. Media ran around trying to capture the historic win but, with so many personalities on one team, many made due with capturing the Gamecocks’ biggest star: A’ja Wilson.

She went from hoisting the trophy to hugging her coach to old school dances with the band. Earlier in the season, we saw her singing club banger “Knuck If You Buck” in a locker room after leading her team to another conference tournament title. When Staley brought Wilson to South Carolina, many knew the day in Dallas would come. Yet, few anticipated the cultural impact the duo would make on the game.

“We are creating a culture, for the culture of women’s basketball,” Staley said, as the documentary concluded.

What the Hall of Fame coach represents is a new era in women’s college basketball, but one built on old ideals. She’s having fun and allowing herself to be bold, while showing up with the swagger of a champ and showing her players how to become champions themselves.