HORSE: It’s Quigley but no Catchings in the semis 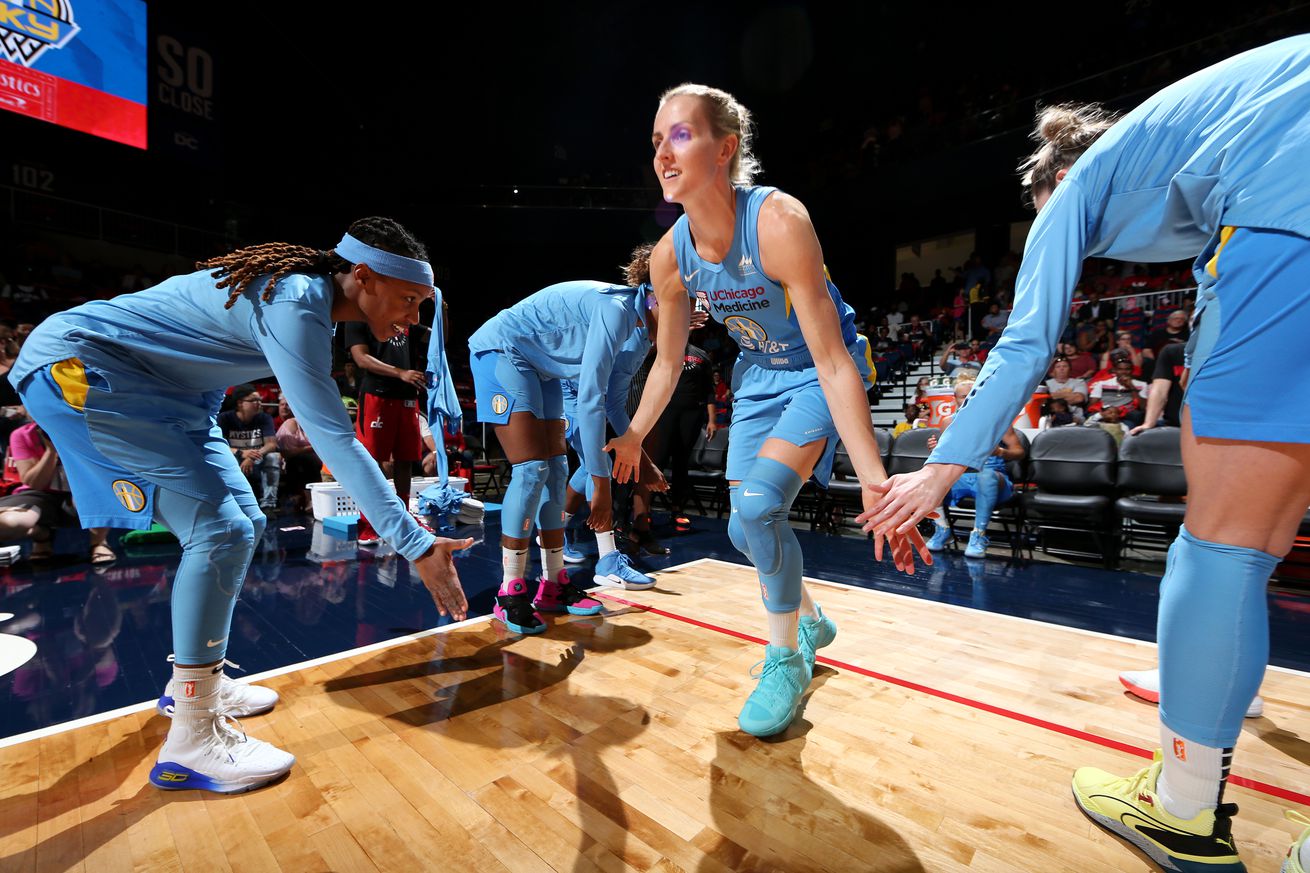 Allie Quigley has a chance to win the inaugural NBA HORSE Challenge. | Photo by Ned Dishman/NBAE via Getty Images

WNBA All-Star Allie Quigley of the Chicago Sky got HOR, but forced Chris Paul of the Oklahoma City Thunder into HORSE at the conclusion of an intriguing back-and-forth round.

Two women’s players entered the NBA HORSE Challenge Sunday night and one of them, Allie Quigley of the Chicago Sky, had one of the best rounds of the night — fending off a late-push by NBA star Chris Paul.

Quigley, a three-time WNBA All-Star and back-to-back Three-Point Contest winner (2017, 2018) took an HO lead to start before missing a nothing-fancy free throw that gave her an H. But Paul missed a from-behind-the-hoop shot to give possession back to Quigley, who quickly added an R and an S to Paul’s score on makes from the right corner and right elbow (bank), respectively.

Quigley went in for the kill on a right wing bank-shot off her left foot. But Paul matched the feat and extended the game for quite a while, giving Quigley an O and an R before being eliminated on a called-bank free throw.

Take a look back at the top highlights from @alliequigley's Round 1 victory over @CP3 in the @NBA HORSE Challenge.

Next up for @alliequigley is a matchup with @ZachLaVine!

The 2020 NBA HORSE Challenge will continue on April 16 at 9 p.m. ET. Quigley will face Zach LaVine of the Chicago Bulls in the semifinals, while Mike Conley, Jr. of the Utah Jazz faces NBA legend Chauncey Billups. All competitors will be at remote locations.

Quigley has become a star late in her WNBA career and shot over 40 percent from distance in 2017, 2018 and 2019. She set the WNBA and NBA record for points in a 3-point contest round with 29 in 2018. If she gets hot in a game of HORSE — watch out. She’s also been practicing in her driveway, which you can check out below.

Quigley, who was born in Joliet, Ill. and attended DePaul University, landed back in her home city when she signed with the Chicago Sky in 2013. She didn’t put up big numbers in her first four seasons in the WNBA and sat out the 2012 season with thoughts of retirement. Her comeback story included four years on the bench with the Sky before making the All-Star Game in each of the past three seasons.

Catchings is one of the best WNBA players of all-time. She won a national championship as a freshman at Tennessee and spent her entire pro career with the Indiana Fever. In 2012, her 11th year in the league, she finally won her first WNBA championship and was named Finals MVP for guiding the Fever to a major upset over the Minnesota Lynx. She also won regular-season MVP in 2011 and was selected for the All-Star Game 10 times before retiring in 2016.

Catchings was a great all-around scorer and is third in WNBA history with 7,380 points. She is also third in rebounds (3,316) and leads the way in career steals (1,074). She was named the league's Defensive Player of the Year five times and was recently voted into the Naismith Memorial Basketball Hall of Fame. She is also now serving as the vice president of basketball operations and general manager for the Fever.

Paul is a great distributor who values assists about as much as he values scoring, making him a complete point guard. He missed the All-Star Game three years in a row before making his 10th appearance on Feb. 16 of this year.

The second-year guard who can score from anywhere on the court was lighting up the scoreboard with 29.6 points per game — good for fourth in the NBA — before the suspension of the season due to the COVID-19 pandemic.

LaVine won back-to-back NBA slam dunk contests in 2015 and 2016, but dunking is banned from this competition. LaVine was averaging a career-best 25.5 points per game before the season suspension, making him the 12th best scorer in the NBA this season.

The longtime Memphis Grizzlies guard is in his first season with the Jazz. His points per game average (13.8) is down this year, but he was working to keep up a two-plus threes per game average, which he achieved in the previous three seasons.

Also known as Mr. Big Shot, Billups averaged 21.0 and 20.4 points for the Detroit Pistons in the 2004 and 2005 NBA Finals, respectively. He has experience playing under pressure and the poise to knock down open shots from the perimeter. The legendary point guard, who is also one of the best free throw shooters in NBA history, retired in 2014.

Pierce, who retired in 2017, made quite a few clutch shots during the Boston Celtics’ 2008 championship run with both LeBron James and Kobe Bryant trying to guard him. He also “called game” after a game-winning buzzer-beater in the 2015 playoffs when he was a member of the Washington Wizards.

SB Nation’s James Dator made predictions about who will win each matchup and the final. You can check those out here.

The fourth Thursday in November