How the WNBA celebrated Juneteenth in 2020 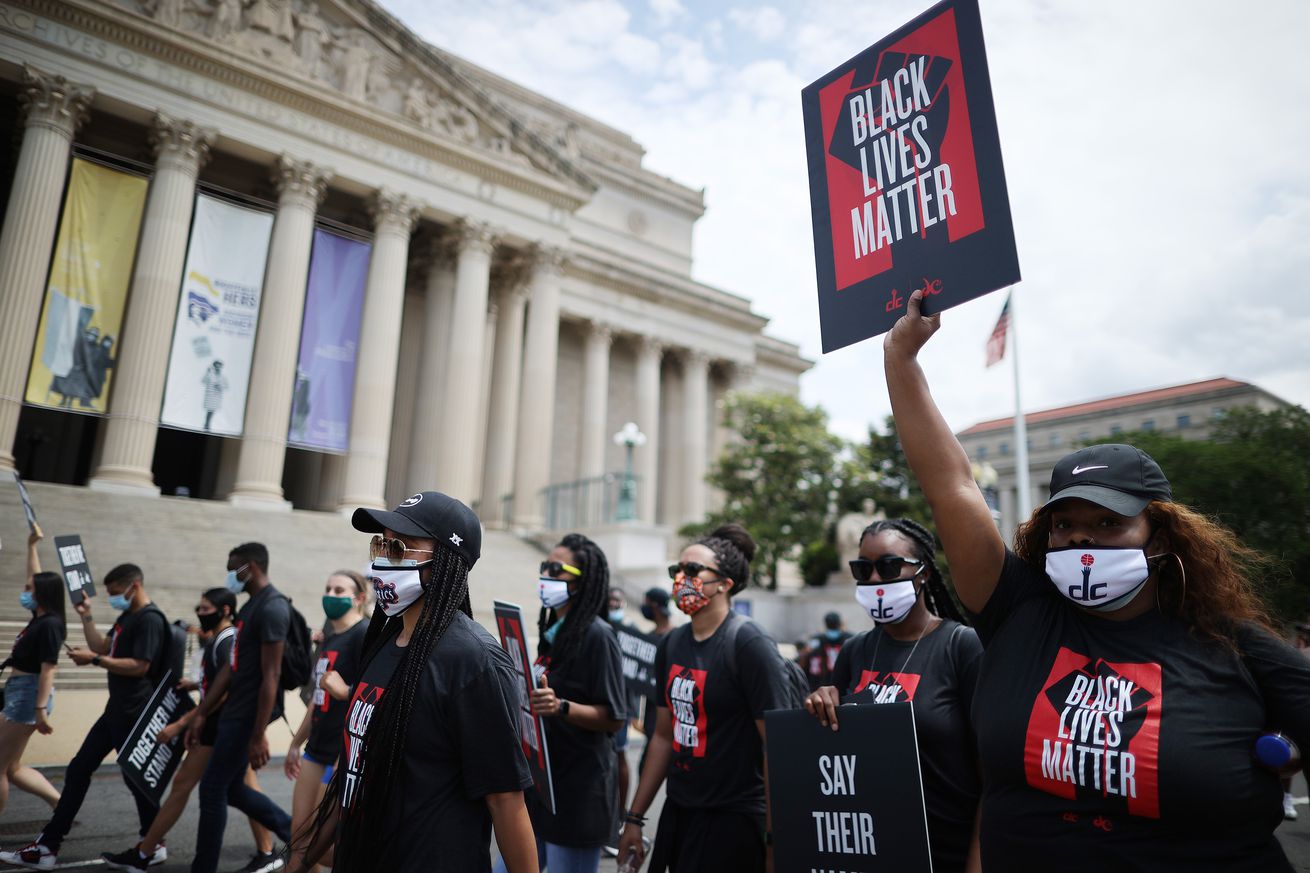 The Washington Mystics led a Juneteenth March with the Washington Wizards. | Photo by Chip Somodevilla/Getty Images

Juneteenth was amplified this year compared to past celebrations. The WNBA was no exception as the community continues to push the conversation of social justice forward.

Juneteenth is being celebrated this week by many across the country. The WNBA is no exception as players take to the streets and screens to protest and advocate for social justice. Here’s a look at what teams around the league did to make their voices heard.

In D.C., the Washington Mystics and Wizards led a peaceful protest,“Together We Stand”.

The Atlanta Dream announced that Juneteenth will be designated as an official paid company holiday.

The Connecticut Sun have started an initiative, Change Can’t Wait. According to their mission, they plan “To create year-round programming, messaging and activation via team and player outlets to eradicate racism and reverse systemic oppression in Black and Brown communities in Connecticut and throughout New England.”

Many players across the league have reflected on what Juneteenth means to them, especially at this moment in history. The Minnesota Lynx’s Lexie Brown articulated the sentiments so many have before her, giving way to the understanding that the new generation holds a responsibility to continue their work.

Finally, our Jasmine Baker was able to get the thoughts of two Texas natives, Minnesota’s Karima Christmas-Kelly and Atlanta’s Alexis Jones. Both players described their personal interpretations of Juneteenth and what the day means to them.