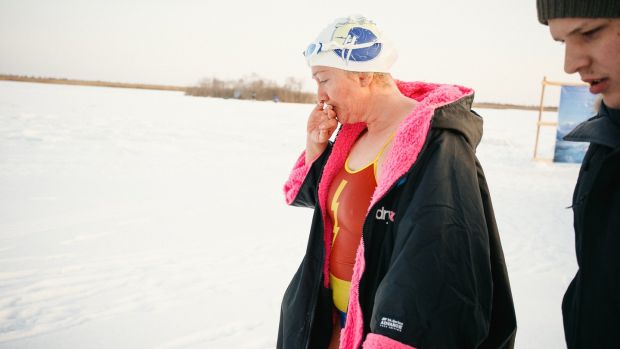 Ice-swimmers are different. First they need chain-saws to hack swimming lanes out of solid ice, and then they get in there wearing ordinary swimsuits. The Irish swimmers train in welcoming waters like the lakes in Glendalough or Wild Water in Antrim. Tiffiny Quinn was at the World Championships in the Arctic Circle in March; she filled me in on why she loves cake and hot chocolate so much.

Tiffiny swam in the 450m and 500m races which is pretty much 950m more than most people would even think about in a Siberian winter. She won silver in the 500m and told me later she regrets not doing the 1,000m. Like I said, they’re different.

Other successful Irish swimmers included Ciara Doran who did take on the 1km winning silver overall and also gold overall in the 200m freestyle. Swimmers race in age-categories so you’re up against your peers and then judged on an overall result as well.

When I spoke to Tiffiny before the Worlds (see link below for full interview) I had to keep asking her to repeat what she’d said, especially when it came to numbers. So they swim in water which must be colder than 5 degrees, they can wear a regular swimsuit and one swimming hat, zero neoprene or other warming materials. 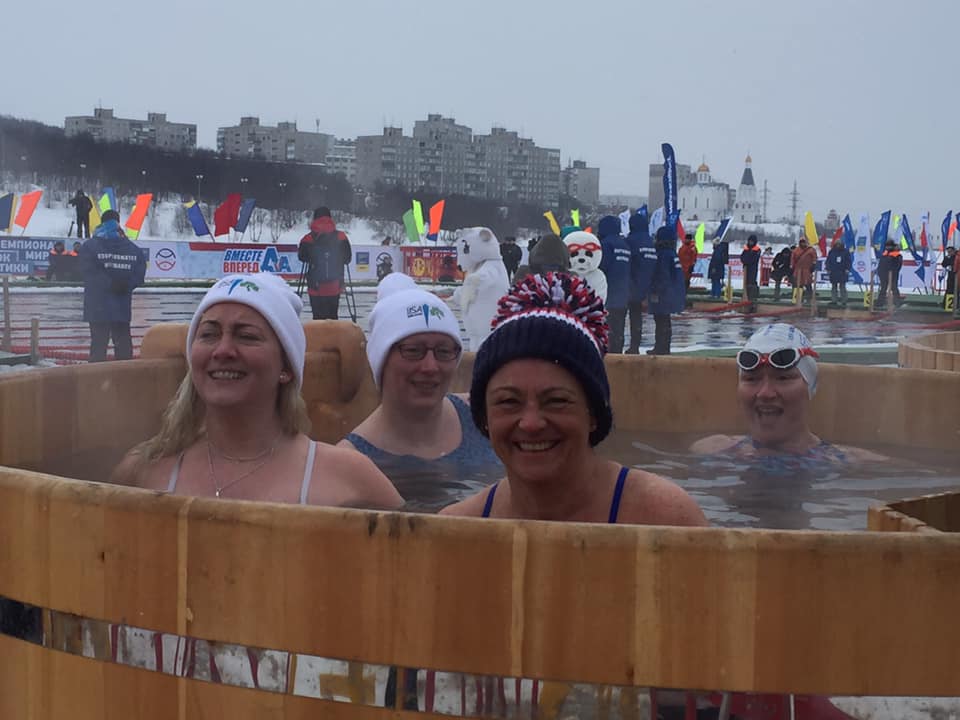 Speaking about the first time she swam in Siberia, she said: “It was probably the scariest thing I’ve ever done. When you come out of the swim, your whole body is red and if you’ve been in too long, there’s patches of black where the blood is starting to pool. You’re not at the frostbite stage. They take you to a tent and wrap you in warm towels. Your hands and feet get put into cold water which is absolute torture.”

Indeed. The training for this includes swimming in the Clontarf baths as Tiffiny is based near Dublin. The manager phones her and the other members of the Forty Foot Walrus Winter Swimmers when the water is cold enough. He can probably guess by the fact that no-one else is swimming there at the time.

She explained that ice-swimming is also different in its focus on cake, quite the contrast to most other sports which have a huge and growing focus on fitness, slimness and strict diets. 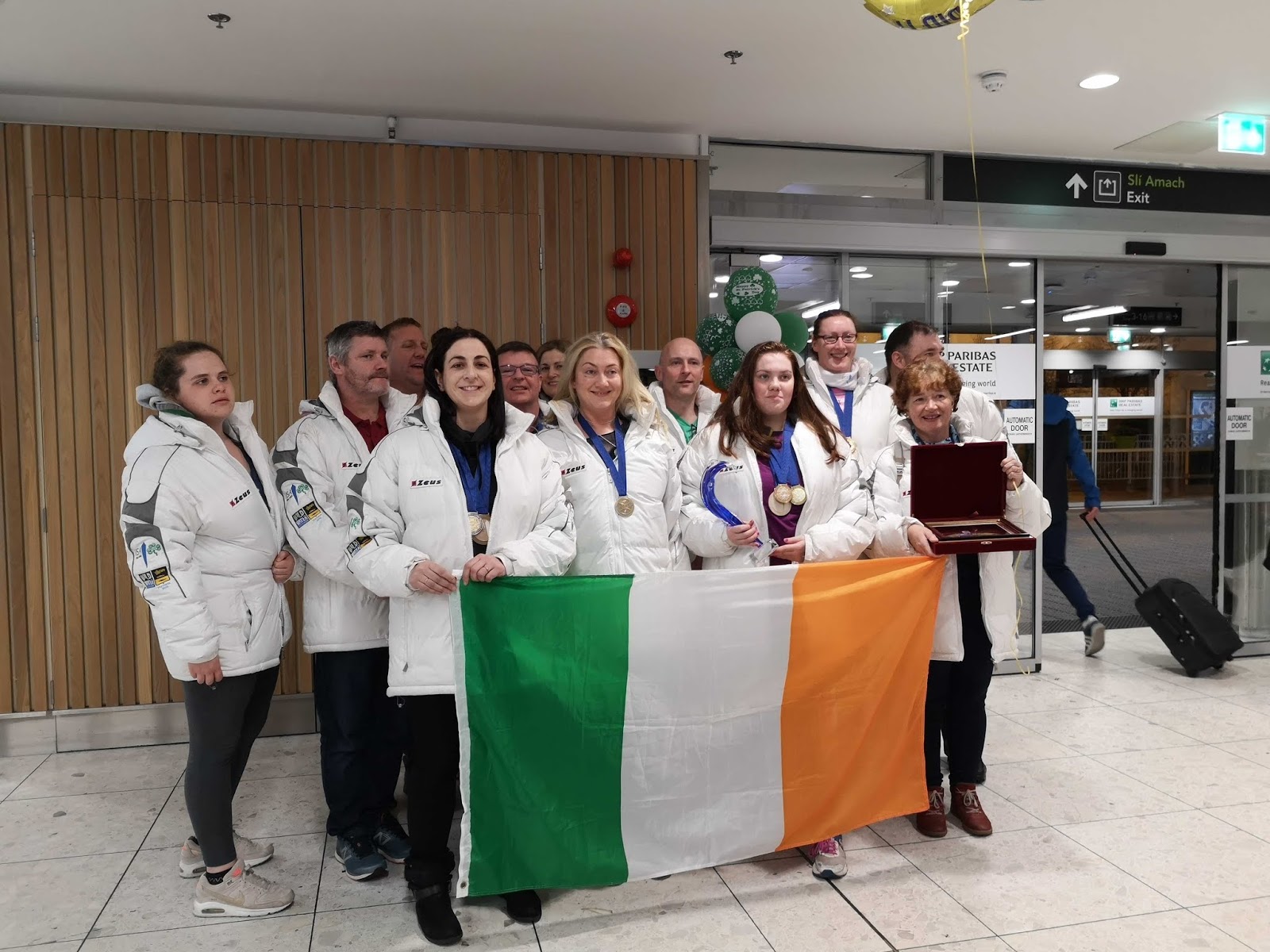 Tiffiny said: ““Cake is important, it’s part of our training regime. You need to have body fat to keep warm in there; the sport attracts rounder people, and people tend to put on weight when they’re training. It’s one of the few sports where that happens – ice-swimming and sumo I suppose. It’s basic physics; you need fat to keep your organs warm.”

So I  guess the next time I’m thinking it’s too cold for a summer dip, I might just have to go for it. Take a deep breath and get in as Tiffany says in spite of all the scary information the benefits of that “yay, I didn’t die” moment last all day.

(All pics thanks to Tiffiny Quinn IISAI)