Is Tamika Catchings the GOAT? 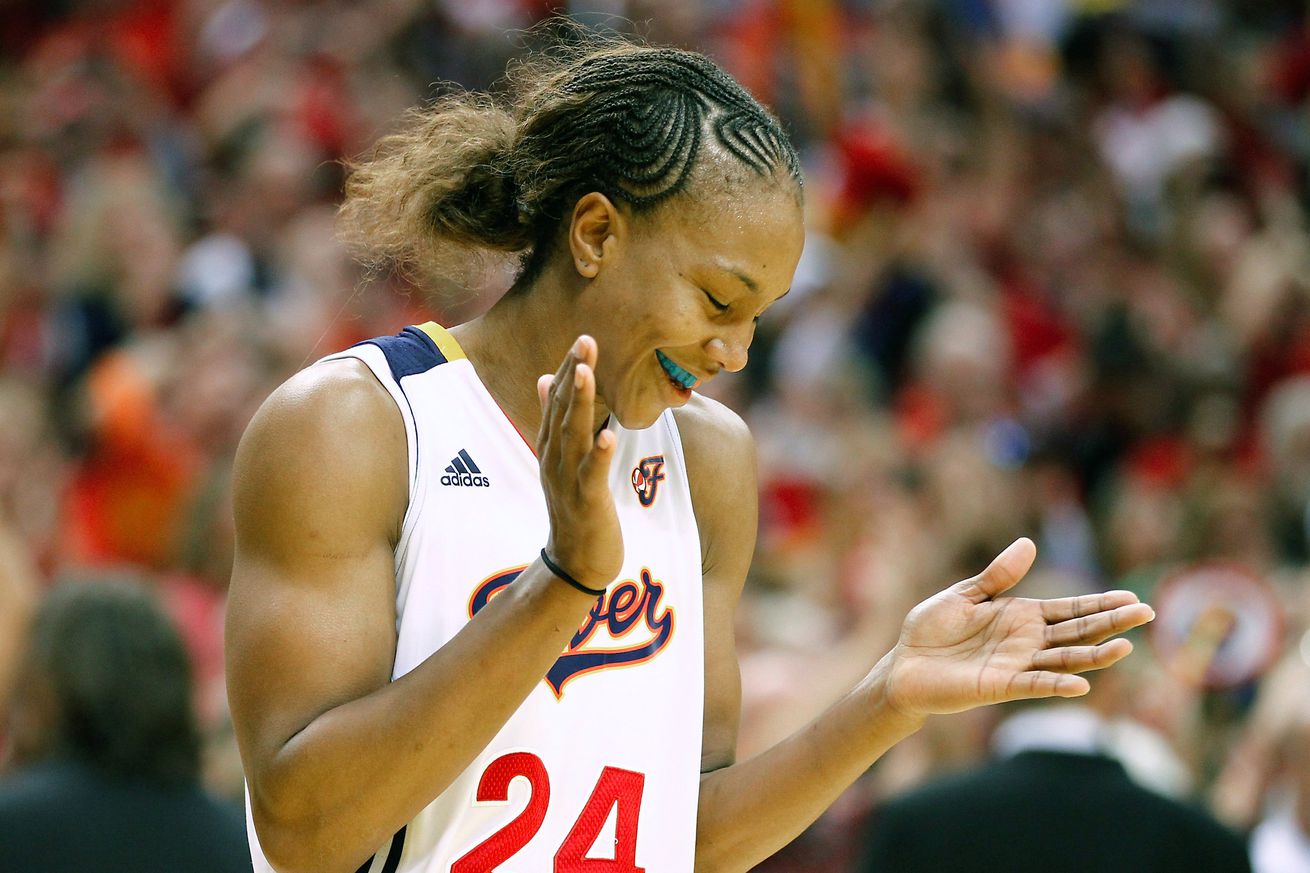 Tamika Catchings will be inducted into the Naismith Memorial Basketball Hall of Fame as a member of the Class of 2020. Beyond becoming a Hall of Famer, should the WNBA and Indiana Fever legend also be considered the GOAT?

Last weekend, the Naismith Memorial Basketball Hall of Fame announced that Indiana Fever star-turned-general manager Tamika Catchings will be enshrined as a member of the 2020 class.

Her luminous list of accomplishments thus raises a bigger question about her legacy. Why isn’t Catchings considered the greatest women’s basketball player of all time? Should Catchings be considered the GOAT?

Welcome to the Hall of Fame, Catch ⭐️

ESPN’s Kevin Pelton recently analyzed Catchings’ GOAT credentials, using advanced statistics and contextual data to argue that Catchings “is the player who did the most to help her team win over the course of her career.”

Some of the most respected voices in the women’s game would seem to agree with Pelton’s assessment. Throughout her career, Catchings collected near-constant plaudits for all-round play.

When speaking to Sports Illustrated in 2002, Teresa Weatherspoon said of the young star: “When you talk about do-it-all players, you should just put ‘equals Tamika Catchings.’ She can shoot it, rebound it and push it. Man, she is everywhere.”

“I remember sitting and watching her when we were playing a game at Indiana and I do not usually get this feeling,” Dan Hughes, then the head coach of the San Antonio Silver Stars said in a 2006 interview with USA Today. (Dixon, “Hardworking Catchings sensing playoff fever”). “I’m sitting here thinking, ‘I want to root for you.’”

“I love her,” Ann Meyers declared. “She plays on such high-powered adrenaline. How do you not want to play with someone like her?”

Dawn Staley likewise decided, “She is in a class by herself with her talent and how hard she plays.”

In 2003, Nancy Lieberman told the New York Times Magazine, simply, “Catchings is the now and the future of the game.”

Despite making such a statement only two seasons into Catchings’ WNBA career, Lieberman was correct.

In his 2002 Sports Illustrated profile of Catchings, Chris Ballard wrote:

A smooth slasher, the 6’1” Catchings is the rare post player who can handle the ball like a guard — her snap-through crossover is Iversonesque — and step out beyond the arc.

Catchings, in short, established the model for the modern WNBA superstar.

All standing at least 6’0’’ tall, these four superstars, like Catchings, combine the skill sets of post and perimeter players. While each has specific strengths and weaknesses, they all possess the ability to handle the ball, to score from all spots on the floor and defend multiple positions.

Such versatility now is a prerequisite for a championship.

But Catchings’ off-court influence on the current generation of WNBA stars is just as powerful as what she delivered as a player.

At age three, Catchings was diagnosed with a mild-to-severe hearing impairment in both ears.

To avoid the teasing she started to suffer in second grade, she stopped her wearing hearing aids, hid her impairment and, as she puts it, “lost my voice.” Eventually, as she narrated at the 2019 TedxIndianapolisWomen conference, “The only way I was able to speak was through the sports I played.”

It would be through basketball that Catchings would steadily regain her voice, buoyed by the confidence she cultivated on the court. As Catchings told WBUR earlier this year, Pat Summitt said to her during her time at Tennessee:

You know what? One day your story will impact thousands, maybe millions of people. I suggest that you get back into wearing your hearing aids. We can get back into speech therapy. That can help you.

Catchings was convinced by her coach, and by no longer hiding her impairment, she showed that disability did not have to warrant restriction and reclusion.

Throughout her competitive and executive careers, Catchings has embraced the platform that basketball has provided and fulfilled Summitt’s words — modeling how to live with impairment without being defined by it.

Tamika Catchings (@Catchin24) will be just the second Lady Vol to enter the Naismith Basketball Hall of Fame. The other is Pat Summitt. @will_backus1 asked her, what would Pat say if she could see her get inducted?

“I think that would be a tearful conversation.” pic.twitter.com/dEWOU5cpOQ

Her greatness and her GOAT-ness, thus, extend well beyond the court.