Is this the calm before Seattle ‘Storms’ the rest of the WNBA? 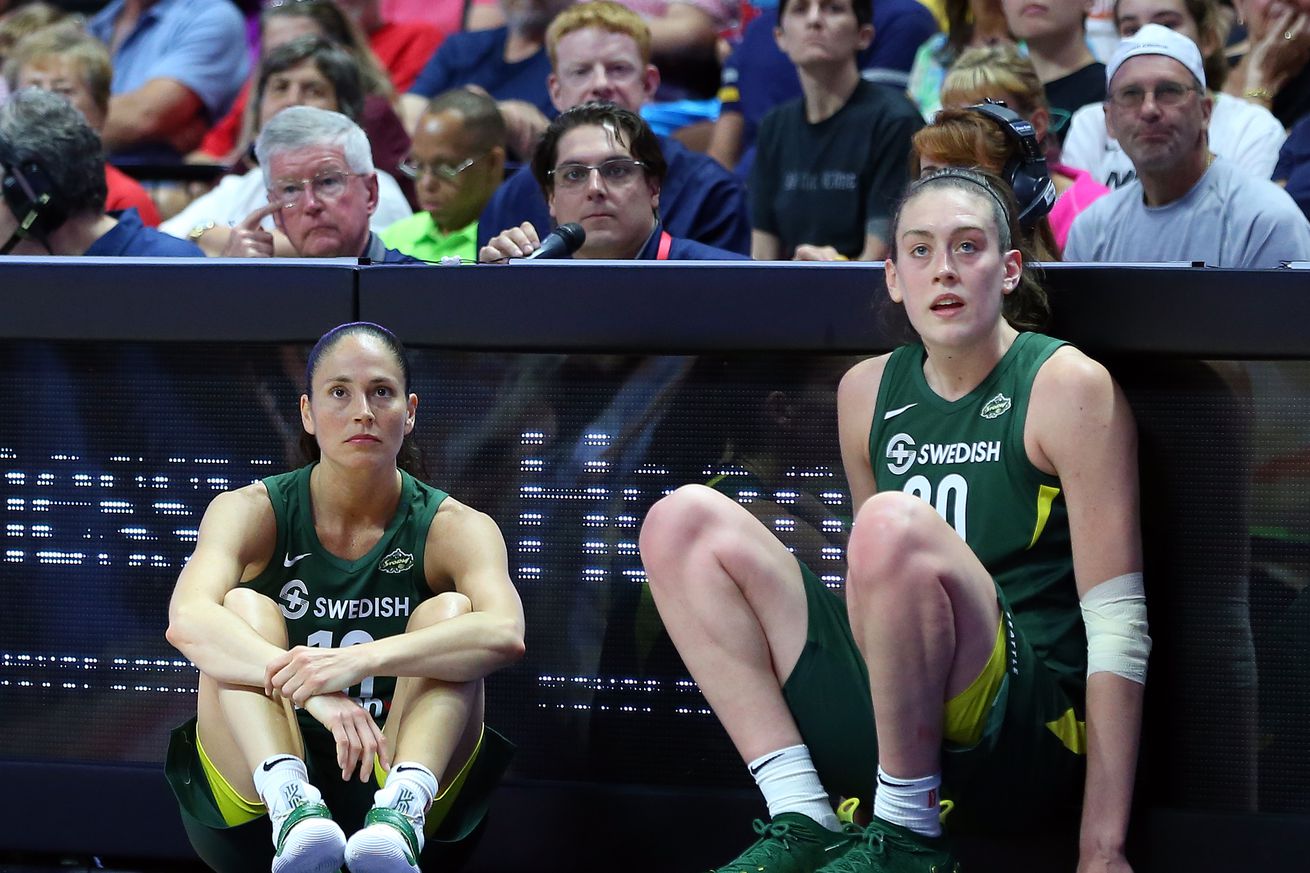 Will Sue Bird and Breanna Stewart be the biggest “new” additions for the 2020 WNBA season? | Photo by M. Anthony Nesmith/Icon Sportswire via Getty Images

In 2019, injury misfortune beset the Seattle Storm, stealing a season from Sue Bird and Breanna Stewart. Both stars are set to return in 2020 — at full health, and on new contracts — with some new weapons to round out the roster.

This year, however, it seems more likely that other teams in the WNBA will be experiencing some stormy skies. Despite few moves in the free agency signing period, a full-strength Seattle team should contend for a fourth WNBA title.

Stewie is set to ‘Storm’ the league

Yes, Storm fans should celebrate that Stewart has re-signed with the team. But they should take even more satisfaction in the fact that Stewart already has returned to the court.

.@breannastewart getting her groove back ! #EuroLeagueWomen

Stewart will have two-and-a-half months to regain her comfort and confidence before the 2020 WNBA season begins. The fates of other WNBA stars who suffered Achilles injuries, such as Tamika Catchings and Chiney Ogwumike, further suggests she can return to her pre-injury form, and then some. Stewart has not been shy about expressing her motivation to again be one of the WNBA’s best.

Even if Stewart struggles to reestablish a consistent rhythm during her first season back from such a serious injury, the Storm should survive, and even thrive. In Stewart’s absence last season, Natasha Howard emerged as a certified star, earning WNBA All-Star, All-WNBA First Team and Defensive Player of the Year honors.

If Stewart is not always at her best, Howard can assume the superstar burden for Seattle.

Sue Bird is back for season 19

Bird’s situation is similar to Stewart’s. While her now-official return raises Seattle’s championship ceiling, the Storm do not need the championship-caliber version of Bird every single game in order to succeed.

Jordin Canada, who is entering her third professional season, is overqualified to be a backup point guard in the WNBA. Yet, that makes her the perfect backup for a point guard that, while often appearing ageless, will turn 40 soon after the 2020 WNBA season.

Whether Canada sometimes starts alongside Bird, serves as a sixth woman or starts in Bird’s stead, she is equipped to operate the Seattle offense. Canada’s proficiency will permit Seattle to proactively manage Bird’s overall minutes, allowing Bird to preserve herself for those high-leverage postseason moments in which she historically has shined.

Smart moves in years past yield promise for 2020

The Storm should be allowed to ease Stewart and Bird back into WNBA action because of the smart moves they made in free agency periods past.

Seattle swung their shrewdest move in the 2018 offseason by trading for Howard, who then was a restricted free agent with the Minnesota Lynx. Seattle also extended Jewell Loyd and Alysha Clark, and re-signed Sami Whitcomb.

With this core locked in, the Storm were able to breeze through 2020 WNBA free agency.

Seattle did make a few moves in recent weeks, however, to solidify its core.

While Tuck and Mosqueda-Lewis primarily have served as floor spacers, Tuck, who had spent all four years of her WNBA career with the Sun, has proven to be a more reliable 3-point shooter while Mosqueda-Lewis’ percentages have fluctuated unpredictably. Tuck, on the other hand, has stabilized as an above-average 3-point shooter who converted almost 35 percent of her 3-point attempts in 2018 and nearly 36 percent in 2019.

Tuck also brings more to the floor in other areas, like higher rebounding and assist percentages than than her predecessor.

The Storm also added another experienced shooter in Epiphanny Prince. After joining the Las Vegas Aces late in the 2019 season, Prince showed her sure-handed 3-point shot despite suiting up for just three regular-season games and playing fewer than 10 minutes per game. She fired away from deep whenever she was on the floor, averaging 42.9 percent from behind the arc on 2.3 attempts per game.

Tuck and Prince will complement the likes of Alysha Clark and Whitcomb, giving Seattle a corps of shooters who can provide the stars the space needed to unleash an offensive “Storm” throughout the season.