It’s a Blue Demon three-peat in the Big East 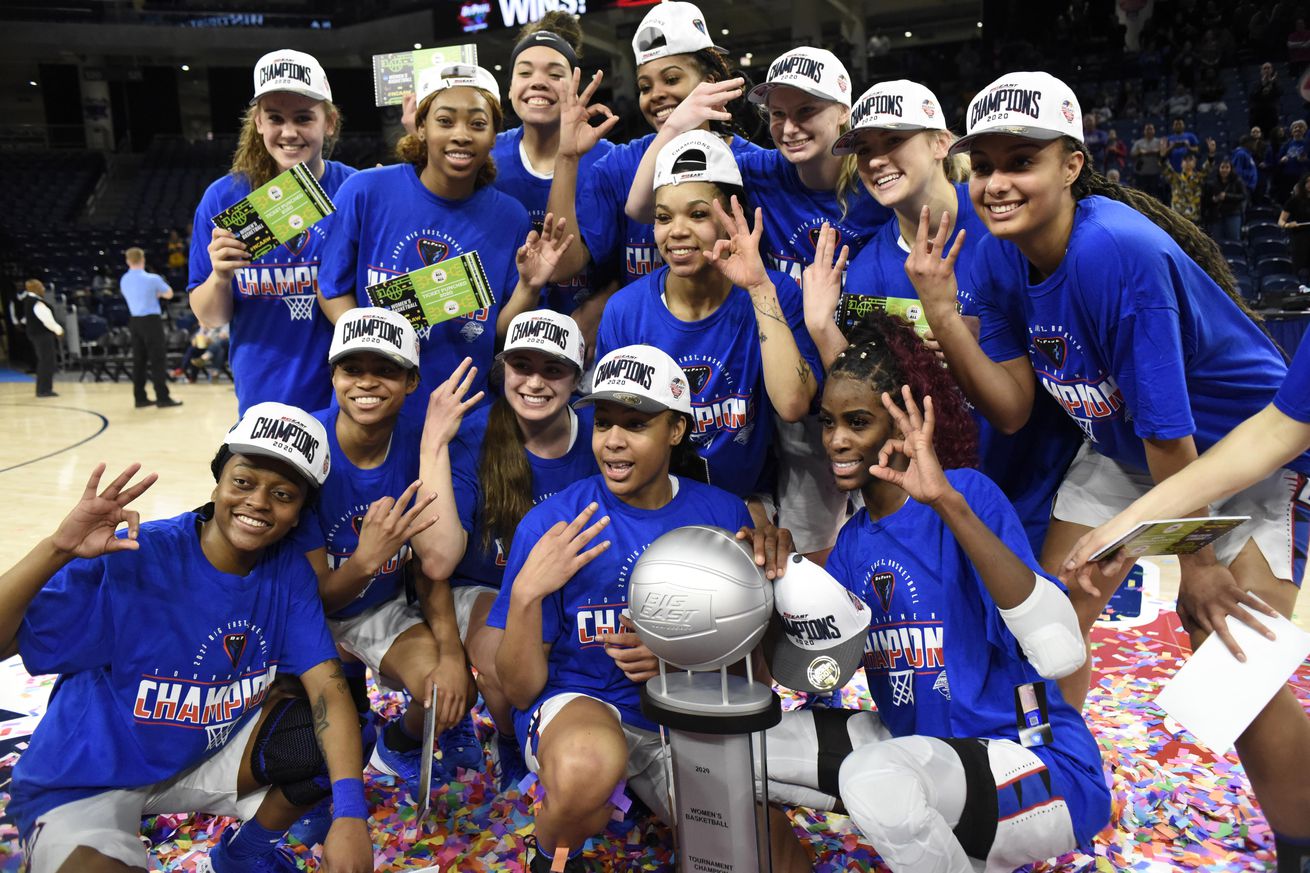 The DePaul Blue Demons were crowned Big East champs thanks to superb offensive performances from Lexi Held and Chante Stonewall. The Marquette Golden Eagles were on the wrong end of the title game for the third-straight year.

The No. 15 DePaul Blue Demons won their third Big East Tournament title in a row Monday night with an 88-74 championship game win over the Marquette Golden Eagles on their home court at the Wintrust Arena in Chicago, Ill.

Sophomore Lexi Held dropped 31 points to lead the Blue Demons, who walked away with a comfortable victory after barely winning the tournament last year when they topped a heavily favored Marquette team in the final.

This year DePaul was the heavy favorite and did not disappoint, redeeming itself for its two losses in a row to end the regular season.

Senior forward Chante Stonewall, who made the game-winning shot in last year’s championship game, was good for 22 points, while fellow senior Kelly Campbell had a near-triple-double for the Blue Demons with 16 points, nine rebounds and eight assists. Sonya Morris stepped up on defense with six steals for the winners. Held was chosen as the tournament’s Most Outstanding Player.

When Held gets in the zone, nothing can stop her

Marquette’s top scorer, Selena Lott, played a great game and scored 26 points in defeat. She picked up the scoring load from former Big East players of the year Natisha Hiedeman and Allazia Blockton this season, and has led a Golden Eagles team that was picked to finish ninth the Big East to a probable NCAA Tournament bid.

The Big East Tournament was all chalk this year, with the No. 3-seed St. John’s Red Storm and No. 4-seed Seton Hall Pirates advancing to the semifinals. DePaul barely defeated the Pirates in an 83-80 affair, while Marquette made easy work of the Red Storm, winning 78-55.

The No. 6-seed Creighton Blue Jays, who, like the Golden Eagles, are projected as a 10-seed in the NCAA Tournament according to Charlie Creme of espnW, lost to St. John’s 70-54 in the quarterfinals. They missed out on a chance to improve their seeding and it wouldn’t have been surprising if they had defeated the Red Storm and Marquette too.

Jaylyn Agnew, the 2020 Big East Player of the Year scored 21 points for Creighton against St. John’s but it was not enough to overcome Leilani Correa’s 26 points for the Red Storm, who are on the bubble.

DePaul is likely looking at a four-seed.