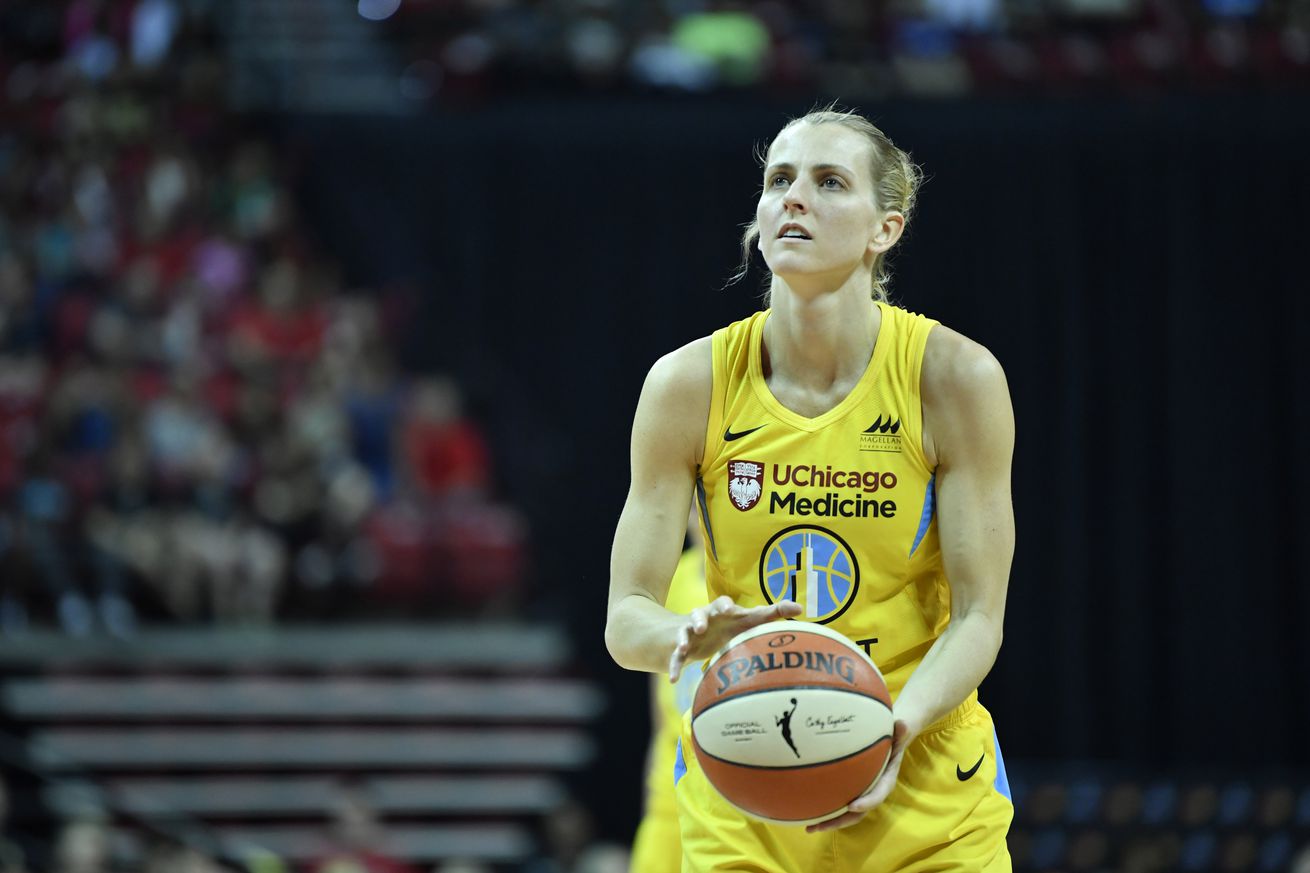 Allie Quigley of the Chicago Sky defeated Chris Paul of the Oklahoma City Thunder, while Zach LaVine of the Chicago Bulls defeated NBA legend Paul Pierce in the first round of the NBA HORSE Challenge.

The Chicago Sky’s Allie Quigley has made it to the semifinals of the inaugural NBA HORSE Challenge, which will be televised tonight on ESPN. Quigley is in Group 2 of the competition, which will begin after Group 1 (9 p.m. ET) ends. The championship round will take place tonight after the conclusion of the Group 1 and Group 2 semifinals. The tournament began in an effort to raise money for those fighting the coronavirus while the NBA season is suspended.

Quigley has very strong numbers in all three shooting categories (field goal percentage, 3-point percentage, and free throw percentage) so its no wonder that SB Nation’s James Dator picked her to win the challenge. Quigley also has a history of performing under pressure. She won the WNBA All-Star 3-point competition in 2017 and 2018, with her round of 29 points in 2018 standing as the record for both the WNBA and NBA.

In the first round, Quigley defeated Chris Paul of the Oklahoma City Thunder, but not before Paul made this shot:

Clever shot by @CP3 to stay afloat in Round 1!

Quigley will face Zach LaVine of the Chicago Bulls tonight with a trip to the final round on the line. LaVine defeated Boston Celtics legend Paul Pierce in the first round and has an edge over Quigley in the crazy layup department. But Quigley is the superior 3-point shooter, so it will be interesting to see who comes away with the victory.

In the Group 1 semifinal, former NBA Finals MVP Chauncey Billups will face Mike Conley Jr. of the Utah Jazz. Billups has the clutch gene, but Conley Jr. was impressive in his first round matchup against Indiana Fever legend Tamika Catchings.