It’s still ‘Everybody vs. UConn’ in the American 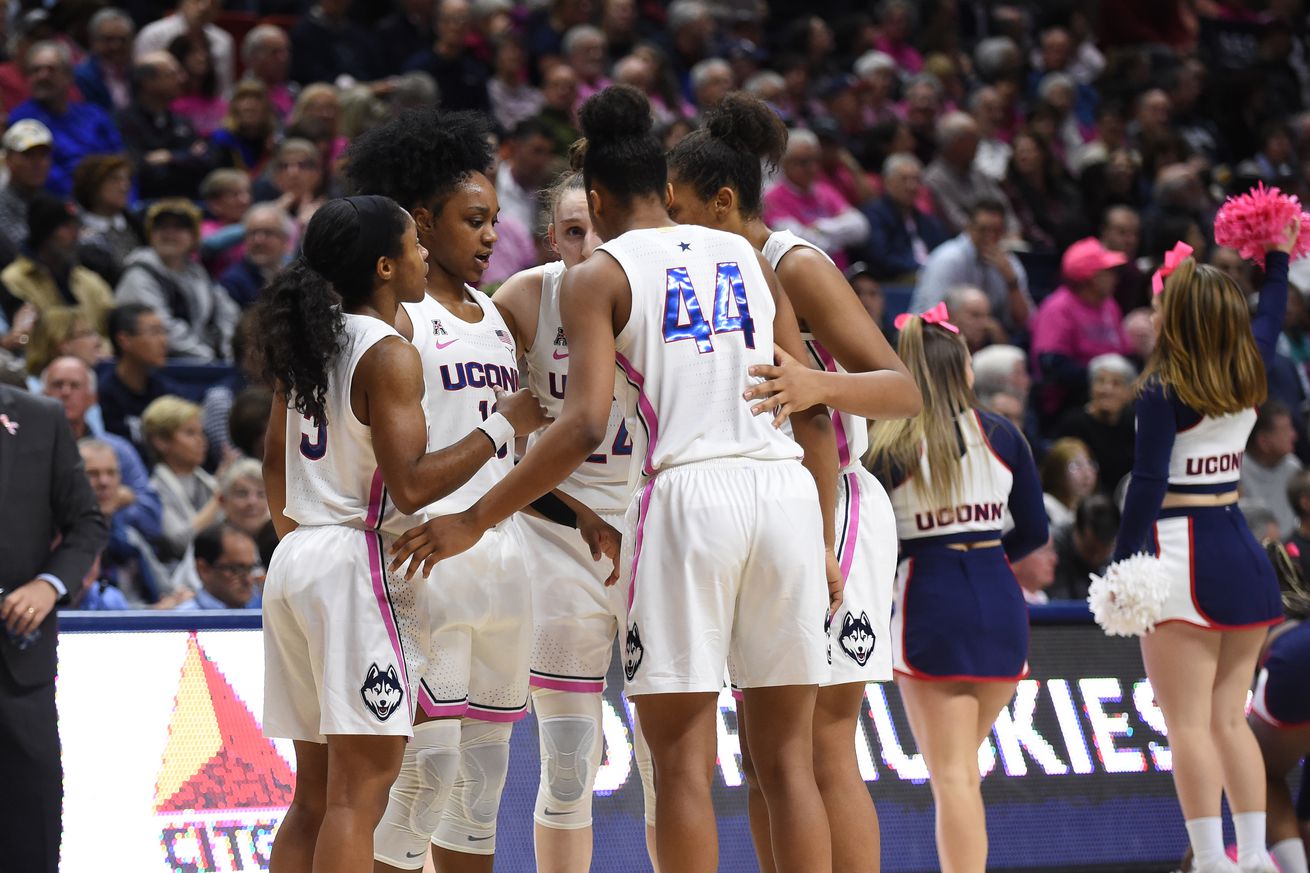 For UConn, another AAC tournament championship is not most important. Rather, the Huskies must use the tournament to establish cohesion, consistency and confidence before the Big Dance. | Photo by Williams Paul/Icon Sportswire via Getty Images

In UConn’s final year in the AAC, it’s been the same story. Sort of. While the Huskies again have dominated conference foes, they have not been at their best against the nation’s best. Look for UConn to use the AAC tournament to prepare for a challenging NCAA tournament.

While it has been a “down” year in Storrs, it’s not “UConn vs. Everybody.” It’s still “Everybody vs. UConn,” especially in the AAC.

The No. 5 UConn Huskies capped their seventh and final year in the AAC with another undefeated run through regular season, easily capturing their seventh consecutive championship. It would shocking if they do not add a seventh conference tournament title, completing their perfect tenure in the AAC.

However, even if another conference crown is all but assured, the AAC tournament is not totally insignificant for the Huskies. While certainly the class of their conference, they no longer are the class of the nation, defeated rather convincingly by that nation’s top three teams in the Baylor Lady Bears, Oregon Ducks and South Carolina Gamecocks. According to ESPN’s Charlie Creme, the Huskies should expect a difficult tournament draw, likely to end up as the No. 2 seed in Portland Regional — and Oregon Duck Country.

UConn needs to obliterate AAC foes in order to inspire confidence in their Final Four prospects.

In particular, a potential tournament final between UConn and the Central Florida Knights could be a barometer of the Huskies’ tournament readiness. In the first regular-season matchup between the two teams, the Knights held the Huskies to only their second single-digit win, 59-52, during their time in the AAC. In the second contest between the two, UConn extended their margin of victory to 13, a comfortable but still not characteristically UConn margin. Can the Knights again test the Huskies? Or will the Huskies authoritatively take care of business?

As UConn assumedly romps through the AAC tournament, head coach Geno Auriemma should hope that Megan Walker maintains her recent scoring run. After turning in a stinker against South Carolina, Walker has scored more than 20 points in five of six games, showcasing especially impressive shooting from deep. For UConn to collect more March hardware, Walker needs to play like she is, undoubtedly, the best player in AAC.

Meg Walker is a BUCKET

Over the last five games, MW3 is averaging 21.4 points while shooting 57.7 percent from the field and 60 percent from three.#BleedBlue pic.twitter.com/134KUJz4Cj

The Memphis Tigers’ Madison Griggs seems ready to use March to make a name for herself. She scored 24 points, a new AAC tournament freshman record, to led the Tigers to a first-round upset over the SMU Mustangs. In Friday night’s other first round action, three favored teams — the Tulane Green Wave, Temple Owls and Wichita State Shockers — claimed comfortable victories.

Madison Griggs scored a game-high 24 points and hit seven 3-pointers for @MemphisWBB in a 76-65 win over SMU on Friday in the first round of the American Athletic Conference Women's Basketball Championship pic.twitter.com/FGOo8IvTbF