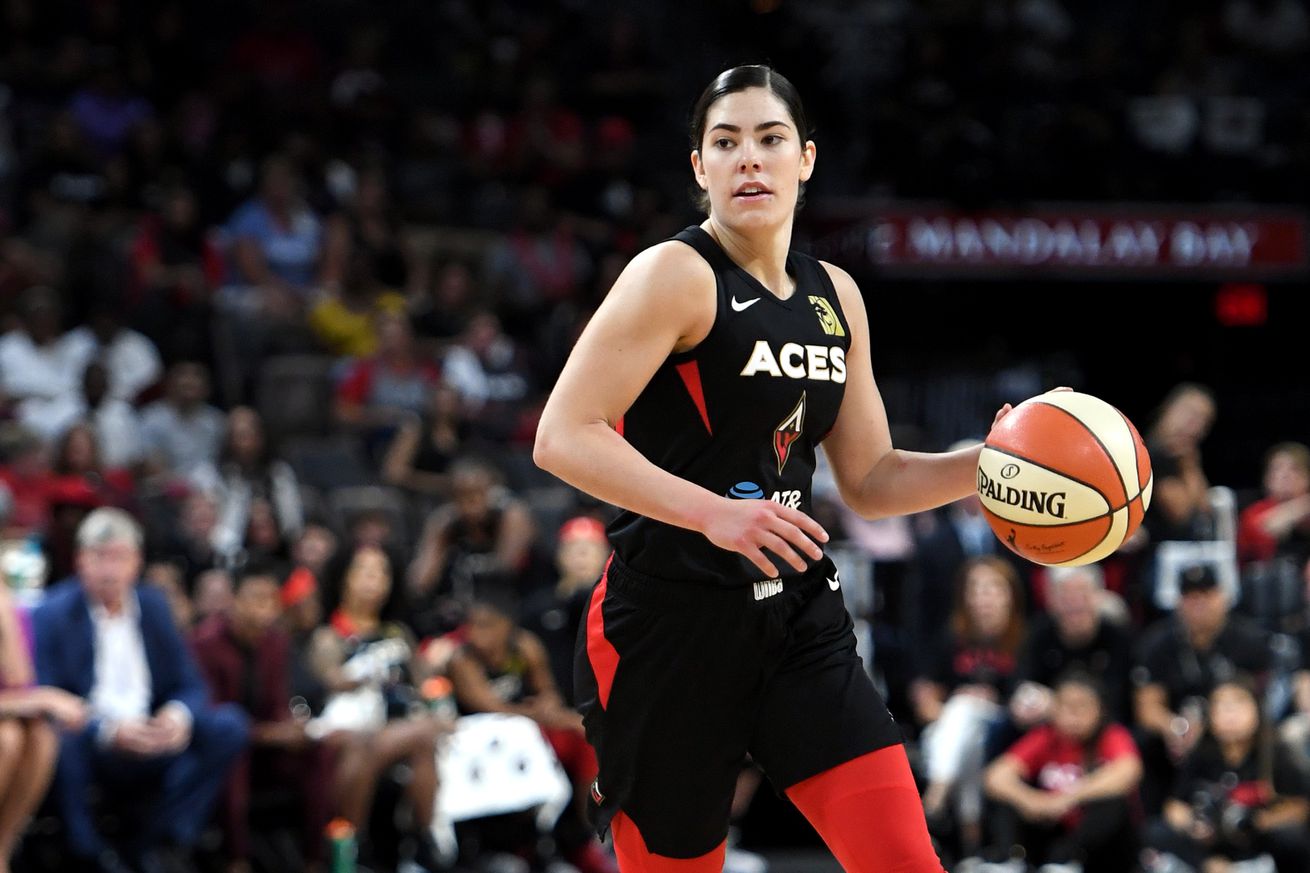 Kelsey Plum has averaged 8.9 points per game over her three WNBA seasons. She ended the 2019 season on a high note and was poised for a breakout season. | Photo by Ethan Miller/Getty Images

The Las Vegas Aces have announced that guard Kelsey Plum, a key contributor, will be out for the 2020 WNBA season after successful surgery on her torn left Achilles’ tendon.

Today the Las Vegas Aces, who are expected to be one of the best teams in the WNBA this year, revealed they will be without 2019 starting guard Kelsey Plum for the all of the 2020 season.

Plum, who underwent successful surgery on her left Achilles’ tendon on Thursday, was the No. 1 pick in the 2017 draft out of the University of Washington. She moved with the San Antonio Stars organization to the Aces in 2018.

Plum started 57 games for Las Vegas the past two seasons. She averaged career bests in 2018 with 9.5 points and 4.0 assists per game.

Where do I start….I tore my achillies tendon couple days ago. So many people that love and support me and will stand by me through this, I’m grateful. I’ll be back, better than ever. Just wait on it ✊

In 2019, Plum was a key piece to the puzzle for a team that made it to the semifinals before losing to the eventual champion Washington Mystics in four games in the semifinals.

With a stellar starting lineup of Liz Cambage, A’ja Wilson, Kayla McBride, Jackie Young and Plum, the Aces were expected to go as far as they did. This year, with the addition of Atlanta Dream legend Angel McCoughtry, Las Vegas should still be successful without Plum. However, she was the team’s fifth-leading scorer last year and that cannot be overlooked.

She ended the 2019 season on such a high note that a breakout season was expected in 2020 — a season now delayed by the global pandemic and expected to be played without spectators.