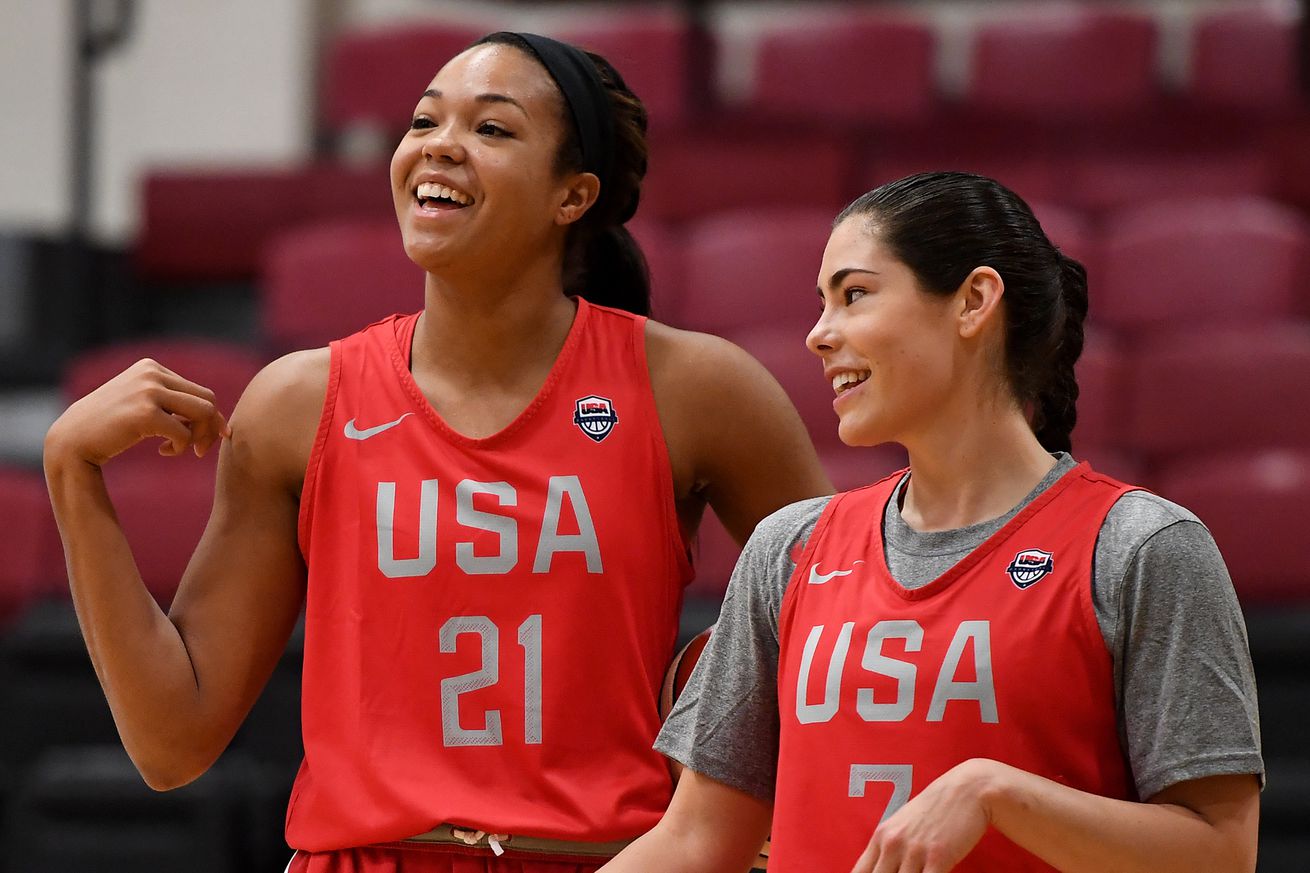 Napheesa Collier and Kelsey Plum, along with Stefanie Dolson and Allisha Gray, will represent Team USA in the 3×3 Olympic Qualifying Tournament. | Photo by Aaron Poole/NBAE via Getty Images

It is up to Kelsey Plum, Napheesa Collier, Stefanie Dolson and Allisha Gray to ensure Team USA has the opportunity to play for gold in the inaugural 3×3 basketball competition at this summer’s Olympic Games in Tokyo, Japan.

USA Basketball announced on Monday that the four WNBA players will represent Team USA at the Women’s 3×3 Olympic Qualifying Tournament March 18-22 in Bengaluru, India. If they are successful, Team USA will qualify as one of eight teams participating in the inaugural Olympic 3×3 basketball competition.

Of the foursome, only Collier has experience playing in 3×3 basketball competition — she was member of the United States’ team that finished fifth at last summer’s ANOC World Beach Games. She also was part of the 3×3 team that won gold at the 2014 Youth Olympic Games.

Collier, Plum and Dolson also are members of the 2020 USA Basketball Women’s National Team, with Plum, in particular, actively participating in Team USA’s fall and winter training sessions and exhibition games. Plum was especially impressive in Team USA’s win over UConn in late January, running point for the Americans as they pulled away from the Huskies in the final period.

Plum expressed excitement about joining Team USA 3×3, telling the New York Times, “Any time [women’s national team director] Carol Callan asks you if you want to be a part of something, it’s a no-brainer.” On the particularities of playing 3×3, she noted:

Being in great shape is the biggest one.

A made basket is live for the other team.

There’s no walking up the court.

As proven by her penchant for pushing the pace in 5×5 settings, Plum has the requisite fitness and intensity needed to succeed in the 3×3 environment. Callan and Team USA’s other decision-makers have surrounded Plum with three players whose versatility should serve them well in the 3×3 game.

During her WNBA rookie season, Collier consistently exhibited a diverse skill set, playing up or down a position in order to meet the needs of an injury-ravaged Minnesota Lynx team.

Dolson brings the skills of a traditional and modern big. She has the size needed to bang inside and also can stretch the floor. She has improved as shooter from the midrange and from behind the arc over the course of her WNBA career.

The goal for this foursome will be to finish in the top three at the Olympic Qualifying Tournament. Team USA is seeded in Group A, along with France, Germany, Uruguay and Indonesia.

While it is currently unclear if Plum, Collier, Dolson and Gray will represent Team USA 3×3 in Tokyo, a successful qualification tournament would suggest this quartet is best equipped to go for the inaugural 3×3 basketball gold.