Layshia Clarendon: ‘The world has finally awakened to the superpower that Black women are’ 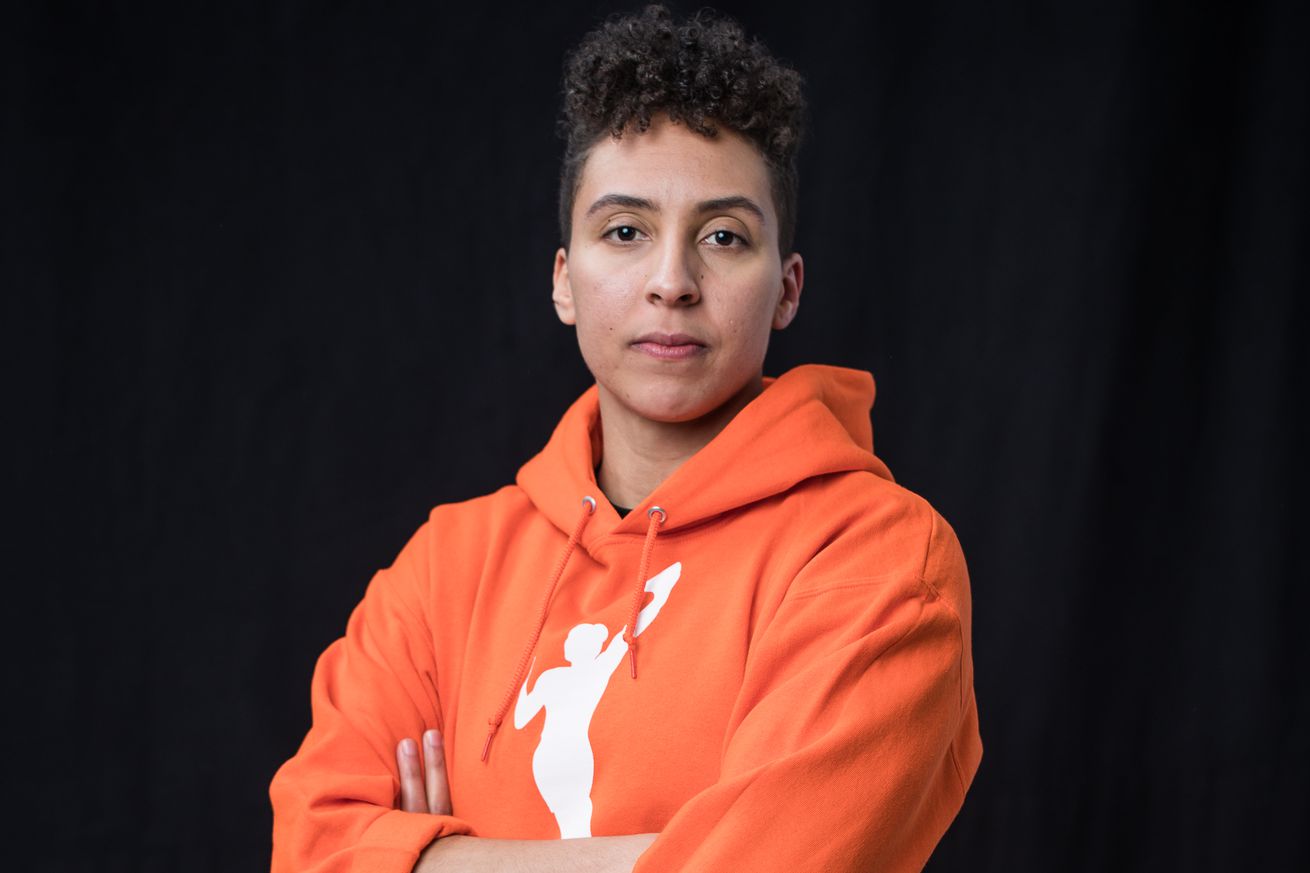 Layshia Clarendon, first vice president of the players’ association, is one of the most outspoken social justice advocates in the WNBA. | Photo by Michael J. LeBrecht II/NBAE via Getty Images

Yet, so many Black women are cast to the shadows, ignored or silenced. WNBPA first vice president Layshia Clarendon outlines the social justice initiatives the players are considering for the 2020 season and accepts the Eleanor Roosevelt Human Rights Award on behalf of the WNBPA.

On Wednesday, the Women’s National Basketball Players’ Association (WNBPA) received the distinguished honor of being named the recipient of the 2020 Eleanor Roosevelt Human Rights Award “in recognition of the Union’s historic contract negotiations this past year.”

The award was presented by the Jobs with Justice Education Fund, which stated:

We are excited to honor the WNBPA’s groundbreaking collective bargaining agreement, which shined a light on the long-term inequality of pay standards for women, and paved the way for future negotiations that level the playing field for women in all industries. In addition to the agreement’s incredible salary increases, we are also particularly excited about the inclusion of healthcare, parental leave, and various other standards of living.

WNBPA first vice president Layshia Clarendon accepted the award and, in a powerful speech delivered by video, spoke to the role of players in leading social justice movements historically, the continued search for justice in the killings of unarmed Black women and the initiatives the players are considering for the 2020 WNBA season, tentatively scheduled to start in late July.

Black women, historically, have received neither credit nor equitable compensation for their contributions across industry and society.

Players in the WNBA are 80 percent black women who have always been at the forefront of furthering social justice initiatives “but didn’t always get the credit for it,” Clarendon said. Yet, these movements that begin underground, seemingly ahead of their time, eventually take root in mainstream consciousness.

“The world has finally awakened to the superpower that Black women are,” she added.

Perhaps societal awakening will open doors for the Black women who’ve devoted their careers towards trying to tell these stories but have been thwarted every step of the way. These stories must be told to save lives and bring about justice.

“That could have been us,” Clarendon said of Breonna Taylor, an EMT who was murdered by police officers in her Louisville home in March. The officers have not been fired (until today) or faced charges.

“Sandra Bland never got justice,” Clarendon added, of the Texas woman who died in 2015 of asphyxiation while in police custody. “There are so many names that have never gotten justice. We see you.”

So, when the 2020 season tips off in July from the IMG Academy in Florida, the players of the WNBA will be working as hard on social justice initiatives from inside the quarantine bubble as they will be trying to win games. Players will be “in the bubble” but connected to the cause, and to activists on the outside helping them, including Alicia Garza, one of the founders of Black Lives Matter. Clarendon said the goal is to keep players engaged with their grassroots efforts and to enable players to “find the lane” where they feel most comfortable.

Claiming that all or most of the 144 players in the WNBA support some kind of social justice initiative, Clarendon identified criminal justice reform, homelessness and voter suppression as being of particular concern. And with her mind on the presidential election in November, Clarendon said the need for candidates to have “a fair fight” at the polls is of utmost importance because voter suppression has “prevent(ed) the diversity of this country from taking our voices back.”

As for what fans may see in and around game time, Clarendon said the players have discussed:

Although the overwhelming majority of players in the WNBA are Black women, those working along the sidelines as coaches and behind the scenes in front offices, on communications teams, in newsrooms and in scrums, overwhelmingly are white. Black women historically have been denied access to higher paying, higher profile positions that give them bigger platforms. In celebration of Black women journalists and creatives who are devoting their careers to telling the stories of other Black women or using their platforms for social justice, we bring you this Juneteenth celebration of Black women voices:

In a landmark deal, players chart a new path for the WNBA with higher salaries, enhanced mental health resources, and other benefits

A condensed history of athlete activism and the reasons behind it

By The Hard Screen | @hardscreenpod

Words of Emancipation didn’t arrive until the middle of June so they called it Juneteenth. So that was it, the night of Juneteenth celebration, his mind went on. The celebration of a gaudy illusion.”— Ralph Ellison, “Juneteenth”

WHEN THEY SEE US is now available in front of @Netflix’s paywall for free.

13TH too. And it’s also on Youtube now. Billboards for both are now up in NYC + LA. @ParamountMovies has made SELMA free on all its platforms. Plus, FX + BET will air it on Juneteenth.

The South of Black Forgiveness

From the “Players of the New School” web series