Loaded Oregon Ducks were primed to compete for NCAA title 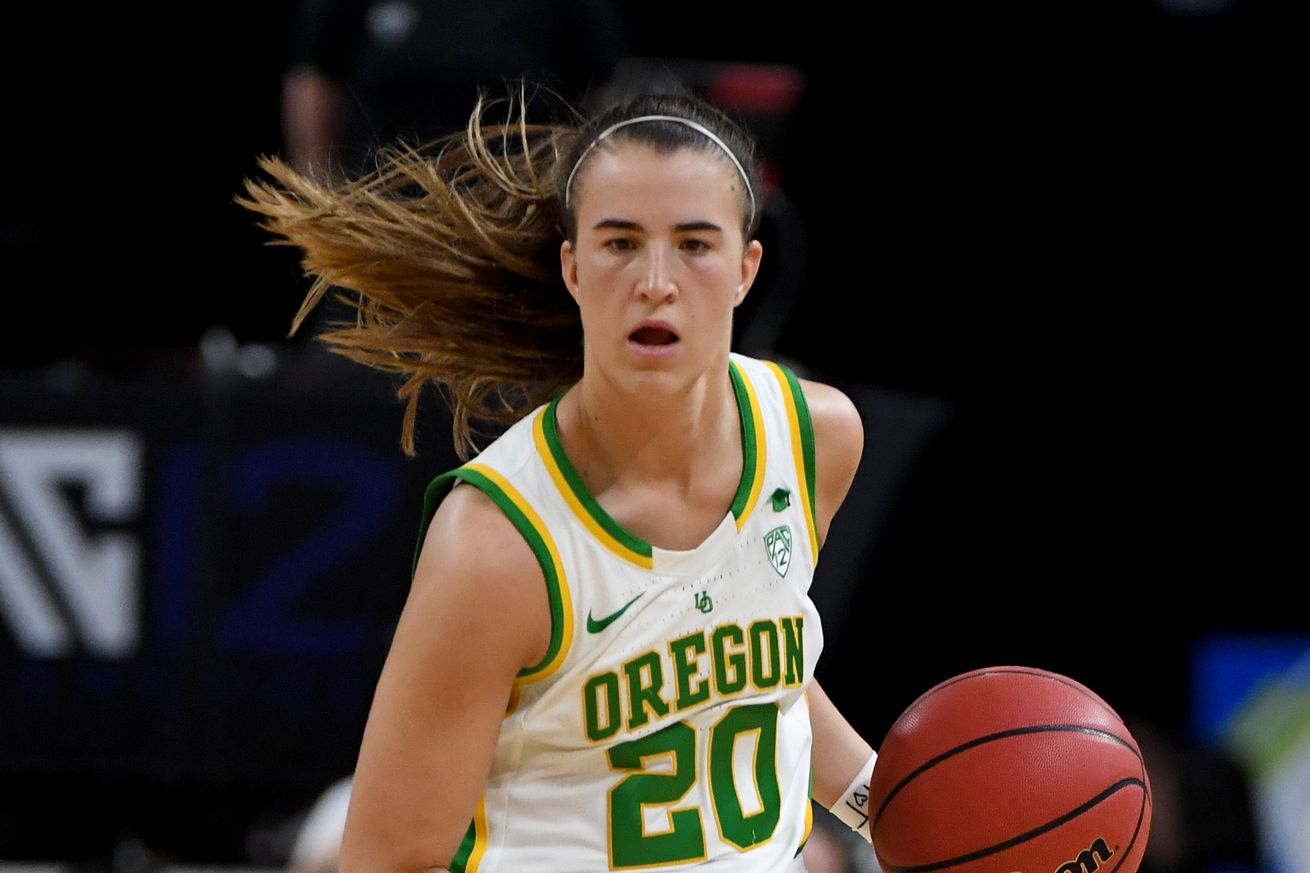 Sabrina Ionescu leaves Oregon as one of the most decorated players in college basketball history. | Photo by Ethan Miller/Getty Images

The Oregon Ducks were arguably the best team in the country this season. Though the Ducks never got a shot at an NCAA title, they still sent an accomplished group to the WNBA: Sabrina Ionescu, Satou Sabally and Ruthy Hebard.

The Oregon Ducks were one of the nation’s top teams, going 31-2 (17-1 Pac-12) in the regular season and sealing their third straight regular-season Pac-12 title. The Ducks also won the Pac-12 Tournament for the second time in three years.

Perhaps one of the greatest moments of the Ducks’ season, however, was their exhibition victory over Team USA.

One of the best moments from this past year? @OregonWBB knocking off Team USA in Eugene! #ncaaW | @Pac12Network pic.twitter.com/jxL1i95Pul

The Ducks featured two First Team All-Americans in Sabrina Ionescu and Ruthy Hebard and one Second Team All-American in Satou Sabally. Ionescu was awarded the Wooden Award and won every major “Player of the Year” award, as she leaves college as one of the most decorated players in women’s basketball history.

Hebard ends her career with a cumulative shooting percentage of 65.1 percent, the highest in Pac-12 history. Hebard averaged 17.3 points and 9.6 rebounds in her final season. Satou Sabally averaged 16.2 points and 6.9 rebounds in her junior season and was awarded the Cheryl Miller Award, which goes to the nation’s top small forward.

More honors for this historic duo.

Sabrina Ionescu and Ruthy Hebard have both been named @USBWA first-team all-Americans. Oregon is the only team with two players on the first team #GoDucks @sabrina_i20 | @RuthyHebard24 pic.twitter.com/P5gFAk8SIS

Another one for our

All three players were drafted in the 2020 WNBA Draft. Ionescu went No. 1 overall to the New York Liberty, Sabally (after entering the draft as an eligible junior) was chosen at No. 2 by the Dallas Wings and Hebard went No. 8 overall to the Chicago Sky.

The future has arrived.

First three Ducks ever to be selected in the first round #GoDucks | @WNBA pic.twitter.com/Ln0wTsLKbm

Coach Kelly Graves has a tough task to replace these three, but their accomplishments will go a long way in helping in reload for future seasons. Guard Taylor Mikesell has signed as a transfer from Maryland, and there are some star-studded freshmen coming in the 2020-21 season. Those additions — along with the sharpshooting Erin Boley returning for her senior season — should make the Ducks formidable in the coming season, in spite of the amount of talent they recently lost to the WNBA.