Los Angeles Sparks’ No. 1 offseason goal: Move beyond the memory of 2016 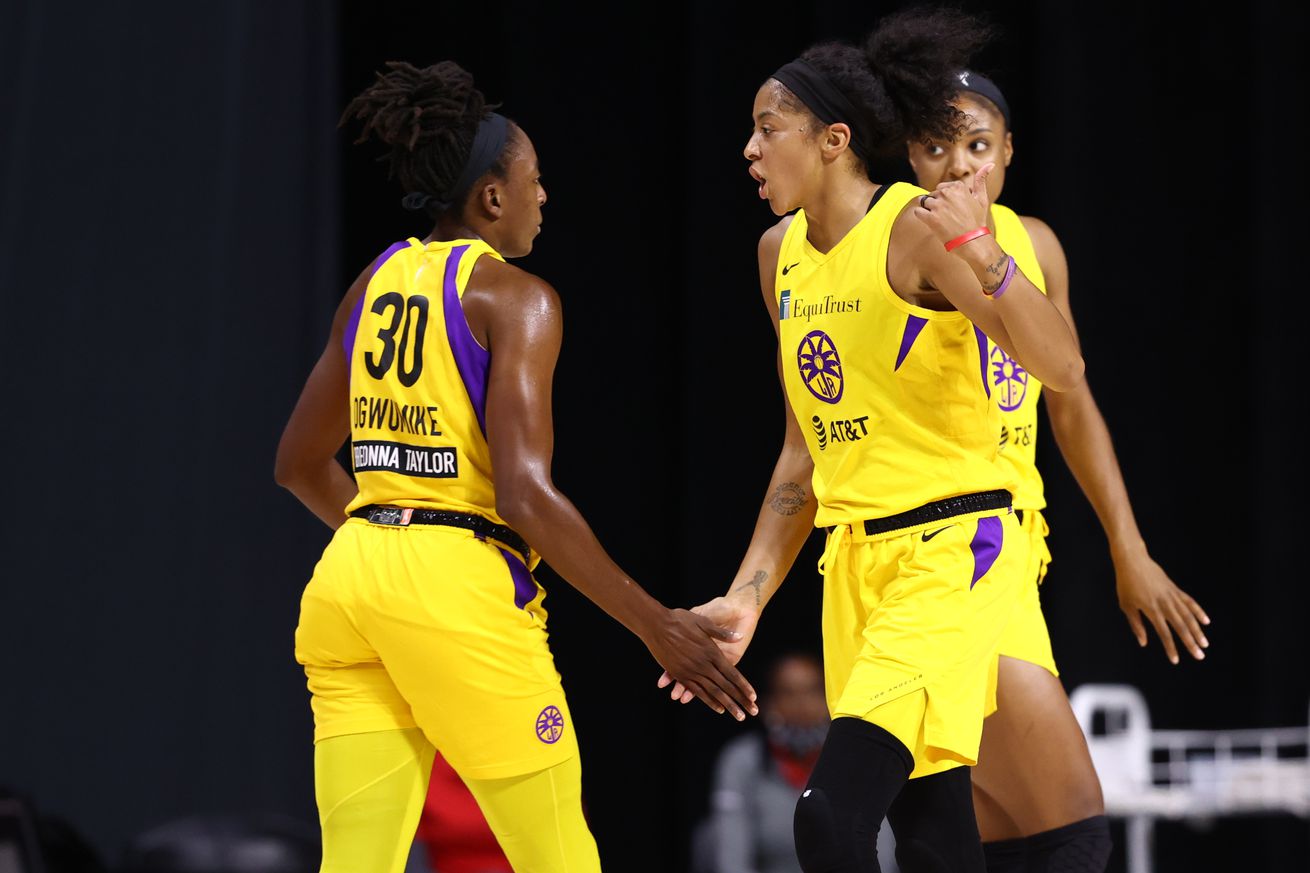 When healthy, Nneka Ogwumike and Candace Parker still are two of the game’s best. How can they ensure the Los Angeles Sparks are at their best, especially in the playoffs? | Photo by Ned Dishman/NBAE via Getty Images

After another disappointing playoff exit, the Los Angeles Sparks enter a critical 2021 offseason. Nine players are up for new contracts, including Candace Parker, Nneka Ogwumike and Chelsea Gray. How should LA navigate an offseason full of difficult decisions?

After a thrilling and unprecedented bubble season in 2020, Swish Appeal has decided to examine what each WNBA team needs the most heading into what will hopefully be a more normal 2021 WNBA season. Here’s a look at what the Los Angeles Sparks need to do this offseason:

It has been four years since the Los Angeles Sparks won their magical, masterful 2016 title.

OTD in 2016: We brought the trophy back to the City of LA #GoSparks | #LeadTheCharge pic.twitter.com/hBwpbRjAtC

Since then, the Sparks have made significant changes — to the roster, the coaching staff and the front office. Yet, the spirit of 2016 is still alive in LA and some version of #RunItBack has remained the guiding ethos of the team for the past few seasons, with the 2016 championship serving as justification for this approach. It is exceptionalism at its finest — this team has won a title, and it will win one again.

This attitude, however, has not achieved the desired results, especially in the playoffs. In 2019, the Sparks admirably weathered an array of regular-season injuries only to flame out of the playoffs in embarrassing fashion. 2020 followed a similar script, with an impressive regular season only leading to an early, uninspiring postseason exit.

With nine of their players up for new contracts, the Sparks will be forced to make some changes ahead of 2021 and, in the process, develop a new strategic and spiritual purpose.

How can the Sparks move beyond the memory of 2016?

Moving on from 2016 does not necessarily mean moving on from the core of that team that has remained in LA — Candace Parker, Nneka Ogwumike and Chelsea Gray.

However, all three are unrestricted free agents. And all three likely will be expecting max-level contracts. Presuming they want to stay in LA, the Sparks could re-sign the trio, but doing so would leave little flexibility for building a roster around them. The only Spark signed to a guaranteed contract for 2021 is Kristi Toliver, meaning the Sparks would still need to add eight more players to fill out their 12-woman roster, with little space under the salary cap to do so. Since Parker, Ogwumike and Toliver all are over 30 and have struggled with nagging to semi-serious injuries over the last few seasons, it is pertinent that the Sparks have a reliable, deep roster.

All the more, this approach would seem to lock LA back into a “memory of 2016” mindset, especially since Toliver also was part of that title team.

So, the Sparks will have to get creative and strategic, making the hard decisions needed to situate the team for sustainable success.

A snapshot of the Sparks’ many roster-related questions

Do they allow Gray, who performed below expectations in 2020, to find a new hooping home, entrusting Toliver to serve as the full-time point guard while also investing in Te’a Cooper (who is a reserved player)? Do they prioritize Parker or Ogwumike? And what about Chiney Ogwumike (who also is a reserved player)? Do any of these players sacrifice a potentially higher pay day to stay in LA?

Britney Sykes and Riquna Williams also are both free agents, with Sykes restricted and Williams unrestricted. As Sykes broke out as an All-Defense-level player in her first season with LA, the organization likely intends to retain her. Williams has proven a valuable microwave scorer; however, she is a player who relies on her athleticism and will turn 30 around the (assumed) start of the 2021 season. The Sparks also should want to guarantee the contract of Sydney Wiese, who, over her three seasons in the league, has gone from a fringe player to a solid contributor.

Yet, it is worth asking who will be making these tough decisions.

Who should be calling the shots for the Sparks?

The organization never formerly replaced former general manager Penny Toler, who was dismissed after the dramatic, disastrous end to the 2019 season.

Instead, assistant general Michael Fischer has served as the lead decision maker. During the 2020 offseason, Fischer swung the trade for Sykes and later identified and added Cooper, who had been cut by the Phoenix Mercury. These moves suggest he might deserve to be elevated to the general managership, thereby giving him the green light to make the difficult decisions that are ahead.

Alternatively, the organization could bring in a leader beyond the circle of purple and gold, injecting the organization with a fresh, outside perspective. As the Sparks have several community outreach programs dedicated to empowering women, it would be encouraging for the organization to entrust another woman of color with lead decision-making power.

Questions also will continue to surround Derek Fisher. In his two seasons, he has proven to be a solid developmental coach, helping role players — from Wiese to Williams to Sykes — be the best versions of themselves. Yet, he has failed to maximize his stars, especially Gray, whose counting and advanced stats have dropped during her time under Fisher. Most importantly, Fisher’s playoffs performances have failed to inspire confidence.

In short, moving on the the memory of 2016 will be a multi-part process, full of some unwelcome, uncomfortable decisions. Regardless, rejecting any nostalgia about what has been in favor of a willingness to reimagine what could be is the attitude LA must take into a critical offseason.