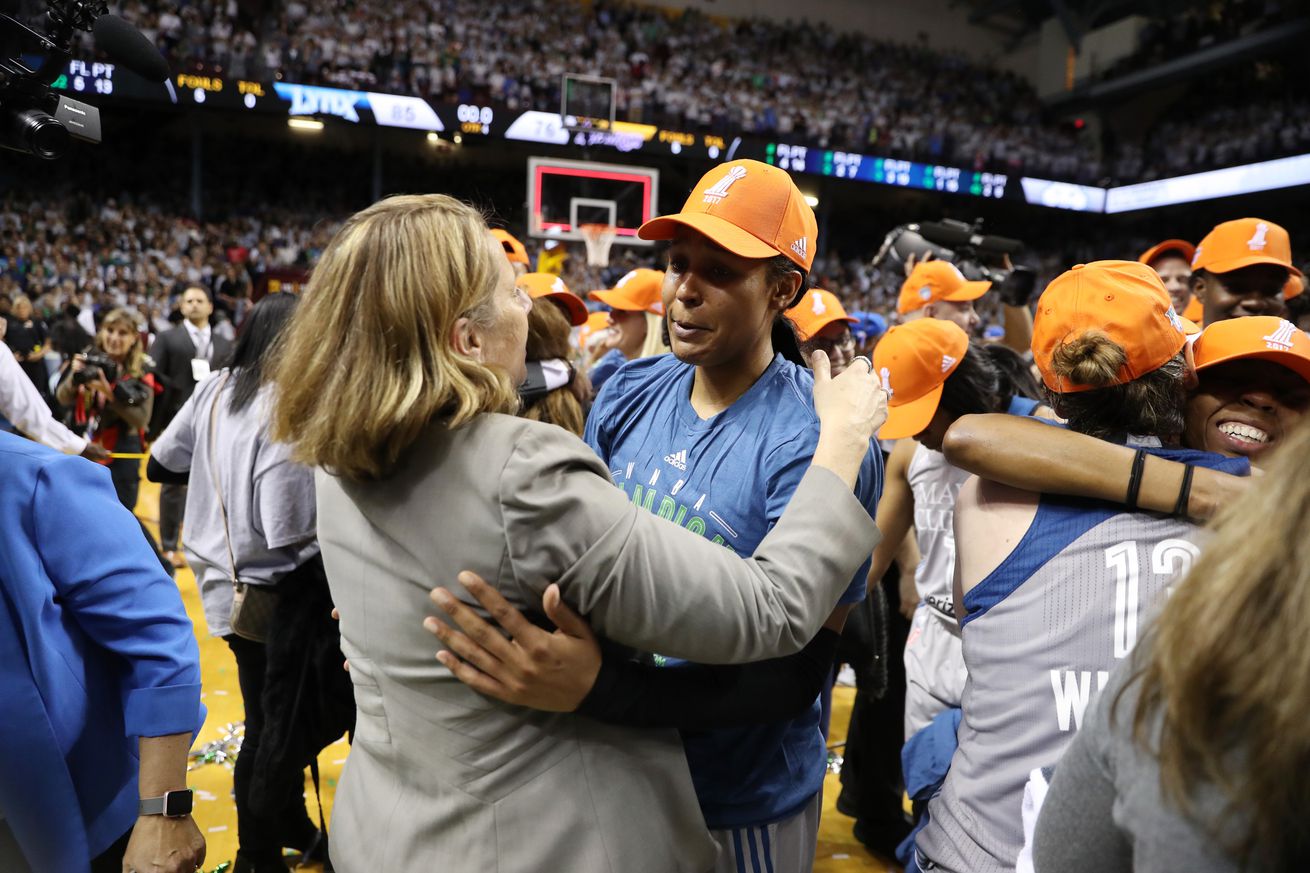 Moore shocked the basketball world when she decided after the 2018 WNBA season to sit the 2019 season and devote her time fully to trying to free from imprisonment Jonathan Irons, a Black man who had been wrongfully convicted in her home state of Missouri.

One day after Moore participated in the latest TIME 100 Talks, she was present to witness the emotional scene of Irons walking out of prison.

WNBA star Maya Moore sat out the entire season last year and helped overturn the conviction of Jonathan Irons, who was serving a 50-year prison sentence.

He was finally released today.

“The criminal justice system in America is so far from fair and equal and it angers me that Maya has had to sacrifice so much to overcome this racially disparate system,” Reeve stated in a team press release.

The full statement for more on what Reeve refers to as “the biggest win of (Moore’s) career”:

“Maya Moore got to celebrate another championship yesterday and none of us who have been blessed to have Maya in our lives are surprised. I cannot imagine, however, what this one must feel like. I was overwhelmed seeing Maya watch Jonathan Irons walk out of the Jefferson City Correctional Center a free man. For the last few years we watched as she gracefully committed herself to Jonathan’s case, and as she has done so often on the basketball court, put the Irons team on her back. I am overcome with joy that Maya and all involved were able to reach their goal of Jonathan’s exoneration.

I also can’t help but feel a great deal of anger. Maya Moore should never have had to leave her profession to engage in the fight against the two-tiered criminal justice system that over polices, wrongfully convicts, and over sentences black and brown communities. The criminal justice system in America is so far from fair and equal and it angers me that Maya has had to sacrifice so much to overcome this racially disparate system.

On behalf of the Lynx organization, we are so proud of Maya for earning the biggest win of her career. I am sure that she was voted MVP of this championship, too. This time there is no hardware to take home to the trophy case, just a wrongfully convicted black man walking free.”