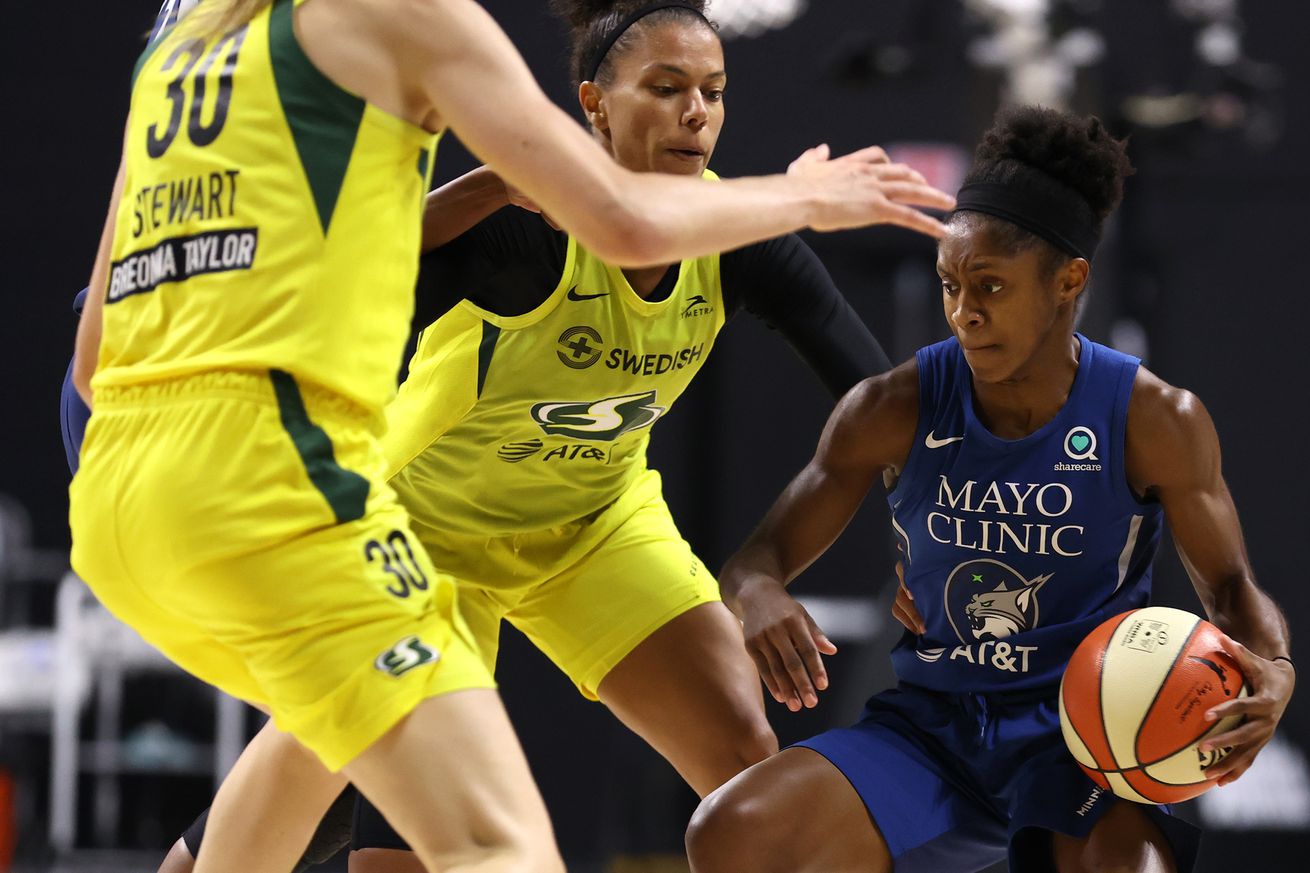 Rookie of the Year Crystal Dangerfield (with ball) is set to lead her team against the Seattle Storm. | Photo by Stephen Gosling/NBAE via Getty Images

Boasting the Coach of the Year (Cheryl Reeve) and the Rookie of the Year (Crystal Dangerfield), the Minnesota Lynx take on the championship core of the Seattle Storm. Both teams are getting close to full strength so we are in for a very fun series.

The No. 2 Seattle Storm appear to be at full strength with Sue Bird and Breanna Stewart both listed as probable for Game 1 of the semifinals and they will face a near-full-strength Minnesota Lynx team.

Lynx center Sylvia Fowles is listed as questionable but played 18 minutes in the team’s win over the Phoenix Mercury in the second round. Guard Lexie Brown is still out with a concussion; she has not played since Sept. 6.

Crystal Dangerfield, the newly-named Rookie of the Year, scored 17 points for No. 4 Minnesota in her playoff debut. Dangerfield will be tested by a strong, rested Storm defense that has had success against the Lynx in the two meetings between the teams. Meanwhile, Damiris Dantas’ job will be to stretch the defense as she has become a reliable threat from beyond the arc.

The Lynx only played seven players against the Mercury. That strategy might not work against a physical Storm team. Yet, most of the Lynx’s bench lacks experience in pressure situations, so depth and stamina could be factors throughout the series.

Where: IMG Academy in Bradenton, FL

Key to the matchup: The Storm beat the Lynx convincingly in both meetings this season. Fowles was relatively ineffective back on the court against Phoenix, but she could have a bigger impact on today’s game and the semifinals going forward. For Seattle, Jewell Loyd and Natasha Howard will need to steady the team while Bird and Stewart get back into rhythm.