‘Make Way’ … or get shoved over 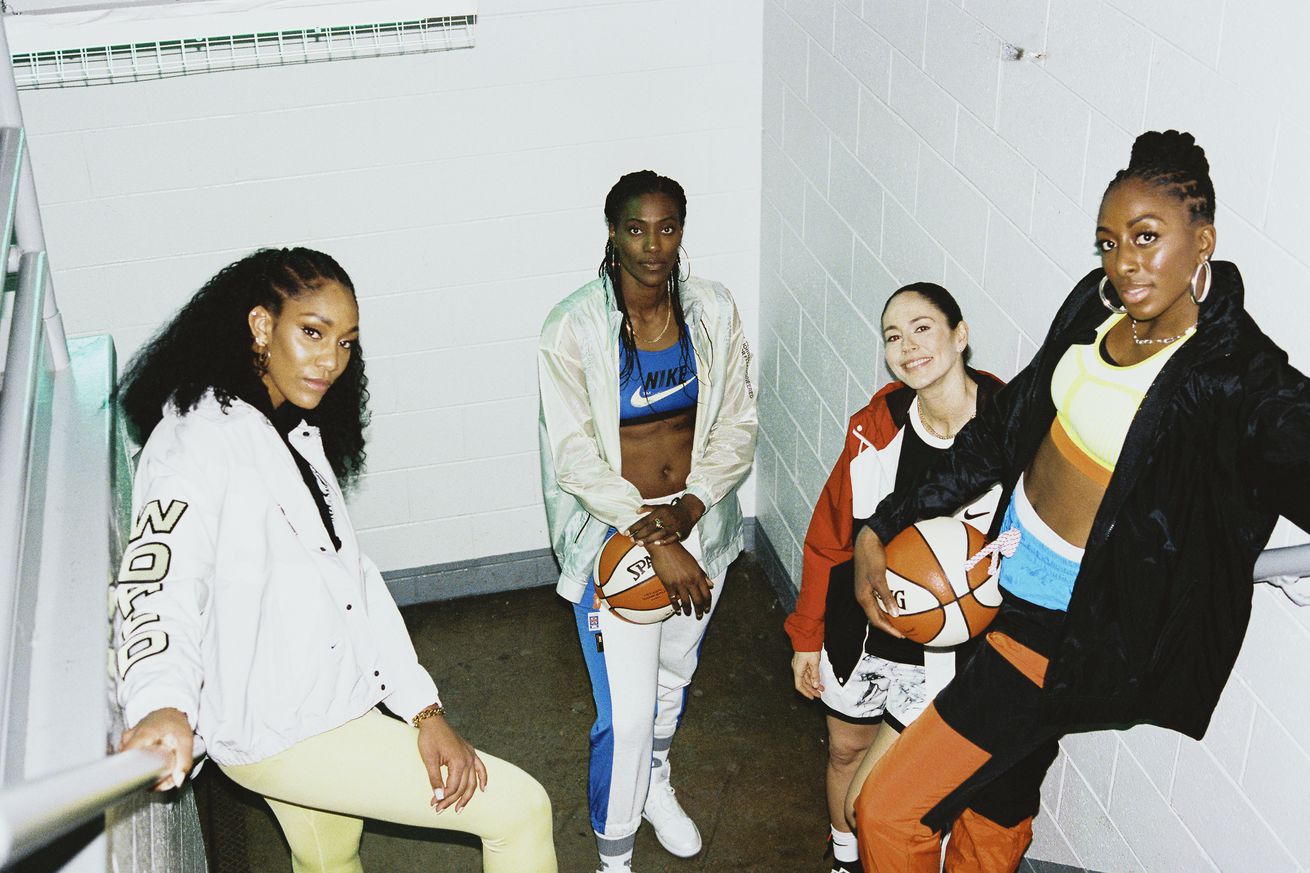 A’ja Wilson, Sylvia Fowles, Sue Bird, Nneka Ogwumike (left to right) and all women of the WNBA aren’t asking you to step aside — they’re tell you to make way. | Elena Parasco/Sibling Rivalry

The women of the WNBA aren’t asking nicely. In fact, they aren’t asking at all. They are telling you to “Make Way” in a space they’ve earned the right to claim.

When Seimone Augustus, a four-time WNBA champion, says via voiceover in the league’s new “Make Way” brand anthem video, it’s okay if you mentally add, … or get shoved over, because the heralding of these women and their accomplishments is that long overdue.

Augustus’ stentorian tenor and experience-wise cadence reflect the seasoned veteran who knows what’s up. It also serves as the perfect soundscape for images of some of the women in her “sisterhood” — A’ja Wilson, Sylvia Fowles, Sue Bird and Nneka Ogwumike, ensconced in their everyday chill and battling hard and sweaty for the rock.

The WNBA is “a bold, unapologetic professional league that stands for the power of women” and finally is “taking its place at the forefront of culture and sports by fully embracing its authentic self and reasserting the importance of MAKING WAY for women within society and the sports realm,” the league stated.

So, when the WNBA kicks off its 23rd season on Saturday, it will be “not only about the shots made, the championships won,” as Augustus narrates. “It’s about resilience, showing up for your sisters — women who have fought like hell on the hardwood.”

The action starts on Saturday, July 25, at 12 p.m. ET with the Seattle Storm taking on the New York Liberty in a three-game slate.