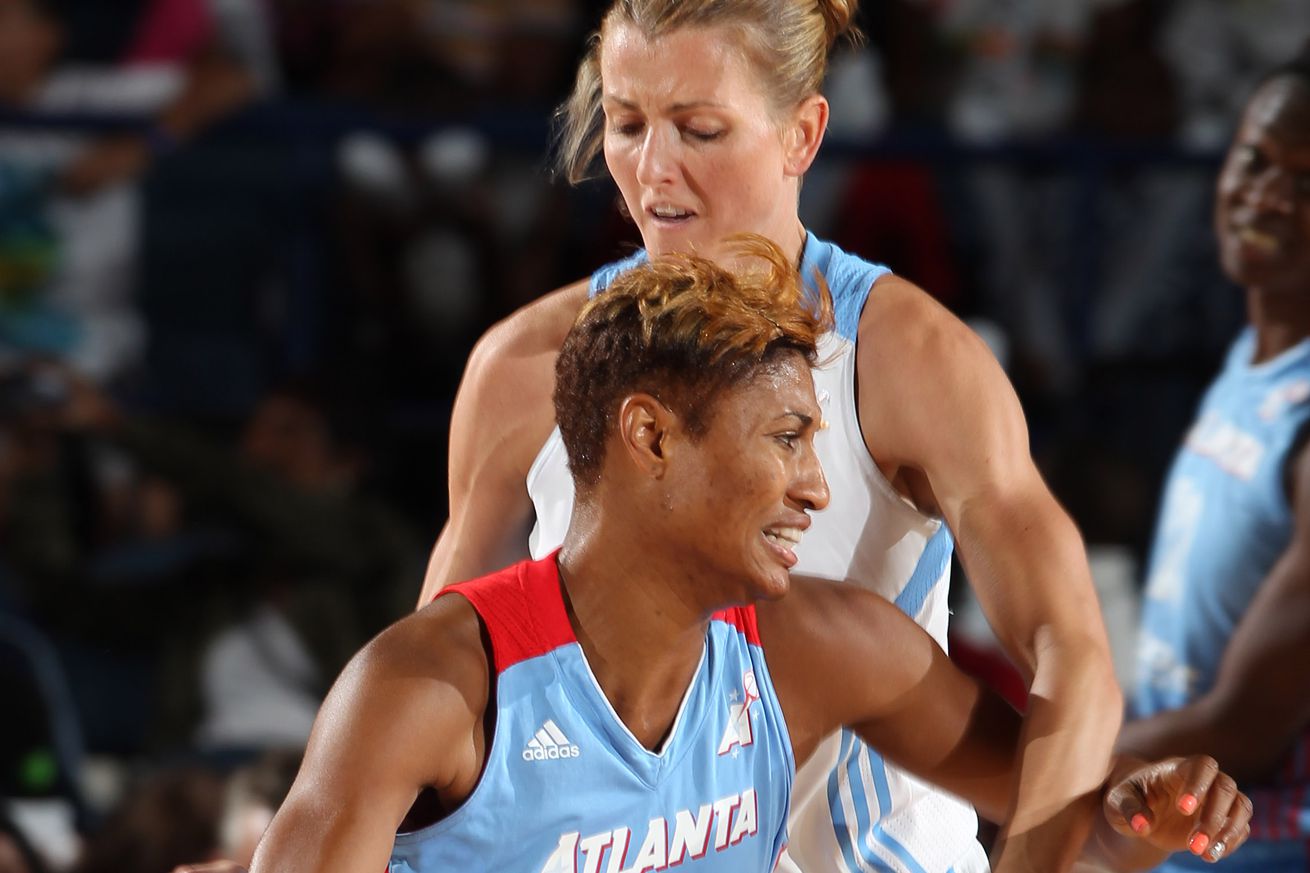 Angel McCoughtry (with ball) missed all of 2019 due to injury while Allie Quigley had the best 3-point shooting season of her career. | Photo by Gary Dineen/NBAE via Getty Images

With free agency negotiations beginning on Jan. 28, it’s time to take a look at more of the best available players in the WNBA. From superstars to aging stars and up-and-comers, here’s a look at 10 more unrestricted free agents, many of them seasoned vets, who could be on the move in 2020.

Williams is one of the best up-and-coming players in the WNBA. She scores in a variety of ways (midrange is her favorite) and puts in the hard work to average 5.6 rebounds per game at just 5’8”. Her positive energy has been know to hype her team and it was also a crucial part of the Sun’s 2019 Finals run.

McCoughtry was not cleared to play the 2019 season due to a knee injury. Since returning to basketball overseas and with Team USA, she should be ready to start the 2020 season. She is still one of the biggest names in the league and throughout her career she has been a prolific scorer. In 2018, McCoughtry’s scoring dropped to 16.5 points per game but she has averaged 20-plus points in five seasons of her career.

Often playing second or third fiddle to Diana Taurasi and Brittney Griner, Bonner had to step up in Taurasi’s absence last year. She averaged 17.2 points and a career-high 7.6 rebounds per game. A 6-foot-4 versatile point-forward who also can play center, Bonner is a skilled shooter and all-around reliable scorer. She won a WNBA championship as a rookie in 2009 and again as a member of the 2014 Mercury.

Quigley, like her teammate and wife Courtney Vandersloot, has become a star late in her career. Her 16.4 points per game in 2017 shattered her previous career high of 11.2. Her 3-point shooting ability became legendary at the 2018 WNBA All-Star 3-point contest where she set a new WNBA and NBA record with 29 points. Quigley then upped her 3-point shooting percentage to 44.2 percent in 2019, a campaign that saw her make 2.4 threes per contest.

In 2019, Toliver was selected as an All-Star for the third time in her career, and her second in a row. Her strength is 3-point shooting but Toliver notched a career-high 5.9 assists last year. Although she is starting to move past her prime, Toliver is a proven winner and has won championships with the Los Angeles Sparks (2016) and Washington Mystics (2019).

Powers is one of the more underrated players on this list. Her 11.4 points per game last year marked a career high and she did it while playing just 19.8 minutes per game. She has only started 10 games in her career, but her ballhandling, driving and finishing are top-notch. Powers plays for the talent-stacked Mystics, but she has all the tools to become a starter or even a star.

Johnson’s scoring has been down since 2018 and so has her rebounding. But she is capable of averaging 15.0 points (2013) and 9.2 rebounds (2014). If she returns to playing 30-plus minutes instead of the 23.3 she has averaged the past two seasons, those numbers will increase. Johnson was a consistent player during her first five years in the league and she is still just 29.

On a team with two Mitchells (leading scorer Kelsey being the other), Tiffany is trying to prove that she is an up-and-coming star too. She has been a steady force in the scoring column with at least eight points per game in each of her four seasons in the WNBA. Already a key contributor for the Fever in 2019, Mitchell only should improve.

Known first and foremost for her time with the San Antonio Silver Stars, Robinson is one of the league’s most well-respected point guards. She is now in Minnesota, helping to fill the void Lindsay Whalen left behind when she retired in 2018. Robinson has the ability to be a great distributor — she averaged 6.7 assists per game in 2013 while garnering her first of three consecutive All-Star selections.

Stricklen is a 3-point specialist who played a big role in Connecticut’s run to the WNBA Finals. Last year was her most prolific year shooting threes. She made 2.2 shots from deep per game and won the 2019 WNBA All-Star 3-Point Contest. In 2018, she shot 43.0 percent from beyond the arc.