MEAC Preview: No Bethune-Cookman? Look for a competitive season 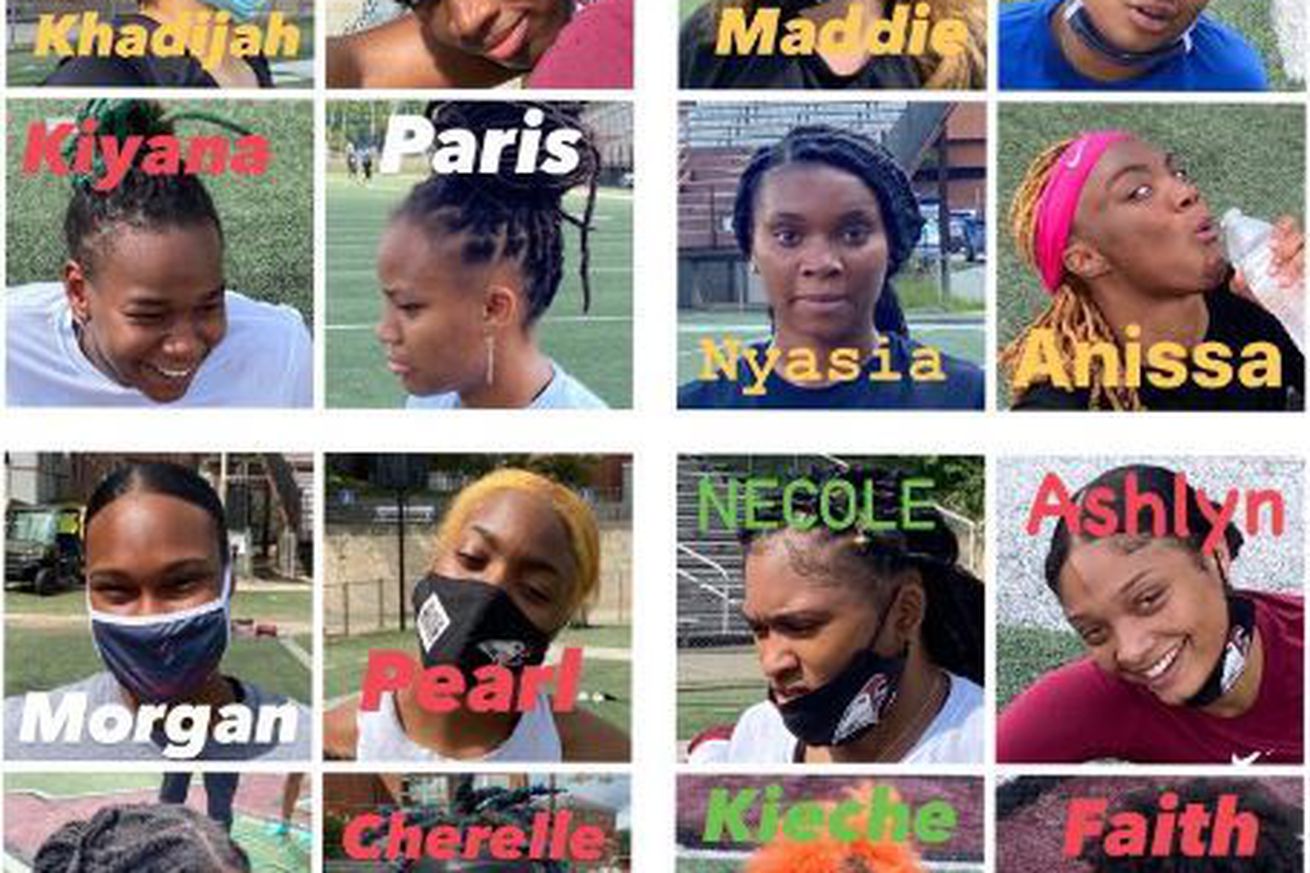 Bethune-Cookman shocked the Mid-Eastern Athletic Conference (MEAC) and the National College Athletics Association (NCAA) when it announced its decision to cancel all sports for the 2020-21 season, with Dr. E. LaBrent Chrite, the university’s president, citing “a recent spike in COVID-19 positivity rates in the state, across Volusia County [Florida] and on our [Daytona Beach] campus.”

With that decision, the Bethune-Cookman Wildcats, who finished the 2019-20 season first in the MEAC standings (15-1 conference, 23-6 overall), are denied the chance to avenge their loss in the conference tournament quarterfinals and Amaya Scott, the team’s leading scorer and rebounder, is denied a senior season in which to shine for the WNBA draft boards.

Bethune-Cookman was stunned by the No. 8 Maryland Eastern Shore Lady Hawks in the MEAC Tournament quarterfinals, suffering a 61-55 loss that also snapped the Wildcats’ chance to increase its winning streak to 10 games. On March 12, one day after Bethune-Cookman’s loss, the MEAC canceled the tournament due to the onset of the coronavirus pandemic. By winning the regular-season title, Bethune-Cookman had earned an automatic bid to the NCAAW Tournament. With the Big Dance subsequently canceled too, the Wildcats did not receive placement in an official bracket. However, Bethune-Cookman made Swish Appeal’s hypothetical bracket as a 13-seed, ranked No. 51 overall. No other teams in the MEAC made the hypothetical bracket.

With the Wildcats’ search for prey halted, other teams that nipped at their heels last season have a chance to emerge as the MEAC team supreme, with North Carolina A&T and Norfolk State most likely to own the conference and secure an automatic bid to the Big Dance.

Last season in the MEAC

Maryland Eastern Shore is the team that shocked Bethune-Cookman with a quarterfinals ouster from the MEAC Tournament.

Bethune-Cookman may have owned the regular season but individual awards tipped heavily to one player for the Norfolk State Spartans: redshirt senior Chanette Hicks, who scooped up Player of the Year and Defensive Player of the Year honors. In conference play, Hicks averaged 18.2 points, 4.5 assists and 4.5 steals per game but her importance to the Spartans is best demonstrated through the 16 games in which she scored 20 or more points and the three in which she was good for at least 30.

Alaina Rice of Florida A&M was named MEAC Rookie of the Year and has since transferred to Auburn, leaving many questions for the Rattlers.

This season in the MEAC

Here’s where each team stands entering the 2020-21 season, in order of preseason predicted standings, as voted on by the league’s head coaches and sports information directors, and organized according to division:

What ever will head coach Larry Vickers do without Chanette Hicks and La’Deja James, who carried the Spartans as redshirt seniors in 2019-20? Now, Vickers must cultivate four promising freshmen without the help of last year’s senior leadership. Enter junior guard Jaylnn Holmes, sophomore guard Camryn Platt-Morris and junior guard/forward Shekinah Howard who return with the chance to seize increased playing time on the way to helping Norfolk State live up to its preseason hype.

The Bears will miss Chelsea Mitchell, who graduated, and her 15.6 points and 9.7 rebounds per game (both team highs). But guard Ashia McCalla, who dazzled as a sophomore last season with 11.6 points and 3.8 rebounds per game — and totaled a team-high 58 threes — should be expected to step confidently into a bigger role. Dahnye Redd, who was second in scoring and rebounding in 2019-20 with 13.4 points and 7.5 rebounds, respectively, should be expected to take over. Her hot shooting and shot-blocking abilities provide the kind of two-way play that will keep the Bears in the mix even without Mitchell. Redd shot 43.7 percent from the field (40.0 percent from 3-point range) and registered a team-high total of 21 blocks last season.

Stacked with seasoned upperclassmen, the Hornets should start the season like a well-oiled machine, with defense integral to their 2020-21 season outcome. Delaware State likes to spread the scoring duties and last season Sharajah Collins (11.7 points) and Lyric Turner (10.6 points) led the way as the only double-digit scorers. To contend this season, their teammates will need to increase their production on offense to get the Hornets beyond an average 61 points per game (to their opponents’ average of 65 points). Meanwhile, Delaware State may be counting on 6-foot-4 freshman forward Christy Ojide of Spain to help in the rebounding department. All other players are 6’1” and shorter, including DeMaurea Moore, who averaged a team-second 4.6 rebounds last season; Tierra Floyd, who averaged a team-high 5.9 boards, was lost to graduation. In addition, the team will look to Collins and Janisia Law (who both recorded 44 steals last season) to maintain their pressure defense.

Now that fiery 5-foot-4 guard Ayanna Williams — who led the Bison with 15.1 points and 2.2 steals per game in 2019-20 — has graduated, it’s on 5-foot-9 senior Jayla Thornton to take command. Thornton averaged a team-second 12.8 points per game and a team-topping 2.9 makes from three. If Krislyn Marsh can sustain her 6.9 rebounds per game and improve upon her 8.6 points per game, with junior guard Gia Thorpe improving upon her two steals per game in the absence of Williams and Sarah Edmonds (graduation), the Bison should thrive in the middle of the MEAC. How quickly the team’s seven freshmen buy into head coach Ty Grace’s system, however, will determine if the Bison can achieve even this.

The Hawks may have pulled off a monster upset in the MEAC Tournament last season, but they will have their work cut out for them in 2020-21 now that team-leading scorer Adrienne Jones has been lost to graduation. Influencing their prospects in the conference is the fact that Jones was the only Hawk to average double-digit scoring (10.1 points per game); the team averaged 56.5 points per game (to opponents’ 64.1). Expect senior forward Bairesha Gill-Miles, who lead the team in rebounding last season, to anchor the defense. Any chance of success on offense goes through the team’s second- and third-leading scorers: junior guard Brooklyn Bailey and senior forward Amanda Carney, respectively.

The loss of leading scorer and rebounder Chance Graham and Oluwadamilola Oloyede — who shot 53.3 percent from the field in 2019-20 — to graduation puts a kink in the Eagles’ plans. Junior guard Aliyah Lawson averaged a team-second 10 points per game, but who else can produce on offense to help the Eagles significantly increase their lowly 49.4 points? And who can help junior center Jalynda Salley, who averaged a team-second 5.3 rebounds per game last season (tied with Oloyede), hold opponents below the 71 points per game the Eagles allowed? Prospects don’t look for Coppin State but if Lawson and Alexandria Hamilton can make plays, perhaps the Eagles can improve upon their three wins.

Bethune-Cookman is the only team from the MEAC that made Swish Appeal’s hypothetical bracket last season and Amaya Scott, then a junior, was a big part of the Wildcats’ success. The university’s cancellation of all sports lowers the level of competition in the conference and denies Scott the chance to demonstrate WNBA readiness, as a senior. Of course, with Bethune-Cookman out of the way, other teams have the potential to dominate the conference so long as the coronavirus doesn’t ruin their seasons, too.

North Carolina A&T clawed for fourth place last season with an 11-5 record in the MEAC (19-10 overall), but struggled against Bethune-Cookman — losing to the Wildcats twice in 2019-20. The North Carolina Central Eagles also gave the Aggies fits, beating them 3-0 in conference play. But Bethune-Cookman is out of the way and now NCAT can strive to contend in the Southern Division and make conference play against the Northern Division teams interesting. But the team’s 59.5 percent shooting from the free-throw line needs to improve or it will be the flaw that thwarts the Aggies’ potential.

The Eagles will miss last season’s leading scorer and rebounder Paulina Afriyie (graduation), but 6-foot-1 forward Anissa Rivera flashed phenomenal potential as a freshman and finished second in scoring and rebounding to Afriyie, with 13 points and 9.1 rebounds per game. Central will rely on Rivera to lead the way, with big things also expected of Kieche White, a 5-foot-4 guard, who scored a team-second-best 14 points per game in 2019-20 and led the team with a ridiculous 50 total steals. With Rivera also big on defense — she recorded 50 total blocks last season — Central is poised to battle for the division title. If the freshmen step into their roles, look for the Eagles to vie for the conference and tournament titles.

The Lady Rattlers were deemed ineligible for tournament and postseason play last season and 2020-21 will be a season of rebuilding and transition. Out at head coach is Kevin Lynum, who was hired as an assistant coach under LeDawn Gibson and became the interim head coach after Gibson was fired in February 2019. The Lady Rattlers went 7-26 under Lynum and his contract was not renewed. After a national search for a new head coach, A&M is hoping Shalon Pillow, who played at Tennessee under the legendary Pat Summitt, can return the Rattlers to a winning season for the first time since 2015-16. “I’m honored and blessed to be the next head coach at Florida A&M,” Pillow said, of her hire. “I’ve been preparing for this opportunity my entire life. I look forward to leading this program to success that will stand long after I retire.”

Pillow and the assistants she subsequently hired will have their work cut out for them to achieve these goals. MEAC Freshman of the Year Alaina Rice transferred to Auburn and 6-foot-4 center Shalaunda Burney-Robinson, who notched Rattler season highs in scoring and rebounding with 26 points and 21 boards during her graduate student season of 2019-20, has signed to play professionally in the Czech Republic for KP BRNO.

The MEAC announced its preseason honors prior to Bethune-Cookman’s announcement that it would cancel all sports for the 2020-21 season.

Teams in the MEAC kick off their 2020-21 season on Nov. 25 and the composite schedule can be found here: