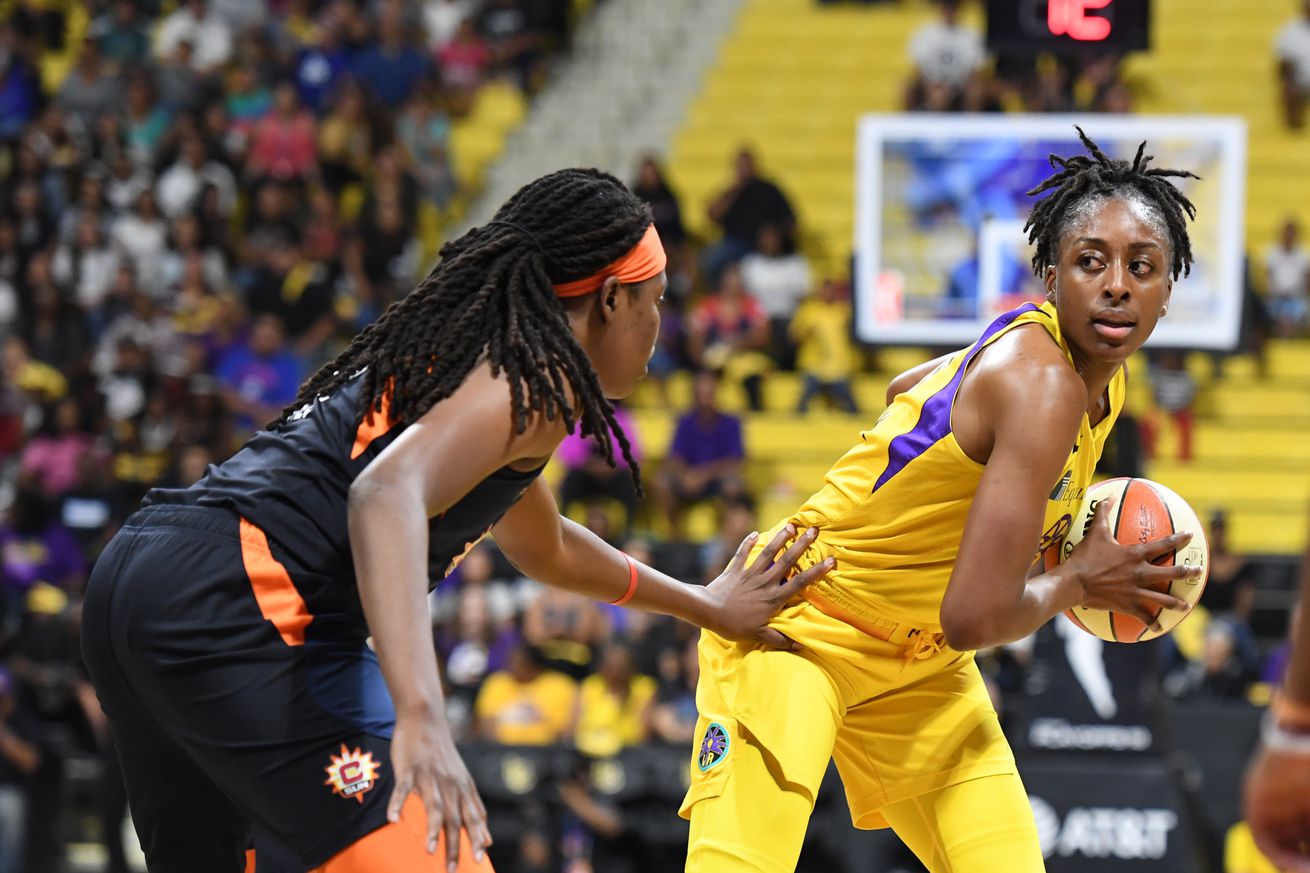 Nneka Ogwumike (right), president of the WNBPA, has been instrumental in making sure WNBA players get what they want in terms of the 2020 season plan. | Photo by Andrew D. Bernstein/NBAE via Getty Images

WNBA commissioner Cathy Engelbert has made public a slew of new details concerning the upcoming 2020 season.

WNBA commissioner Cathy Engelbert last spoke publicly about the upcoming 2020 season on June 22 when she joined a panel on ESPN featuring Ryan Ruocco, Rebecca Lobo, Holly Rowe and LaChina Robinson. At that time, there wasn’t much more to reveal outside of what WNBA fans already knew from Engelbert’s appearance with ESPN’s Mike Greenberg a week earlier. On Thursday, Engelbert revealed a plan that has been fleshed out quite a bit.

New information on the 2020 WNBA season

Before going to IMG Academy in Bradenton, Florida, all WNBA players will be tested for the coronavirus three times, have a cardiac screening and fill out a medical questionnaire.

Testing will continue for two weeks after the players arrive in Bradenton and throughout the season, though less frequently.

If a player tests positive at any point (and the result is confirmed), she will be immediately isolated outside the bubble and the player’s teammates and staff members also will be tested.

The league’s players and staff are scheduled to land in Florida on July 6 after a week-long self-quarantine. Training camps will be held for two weeks starting on July 10 and the season is expected to begin on July 24.

Salaries for players who opted out

Players who have opted out of the season will not receive further payments beyond the two paychecks they already have.

Rosters of up to 12 players will be allowed to enter the bubble along with eight staff members. Some IMG staff members will be on campus as well. Initiatives to combat racial injustice will be as high of a priority inside the bubble as it is outside of it. Games will be played at Feld Entertainment Center, which is 20 minutes away from the IMG campus.