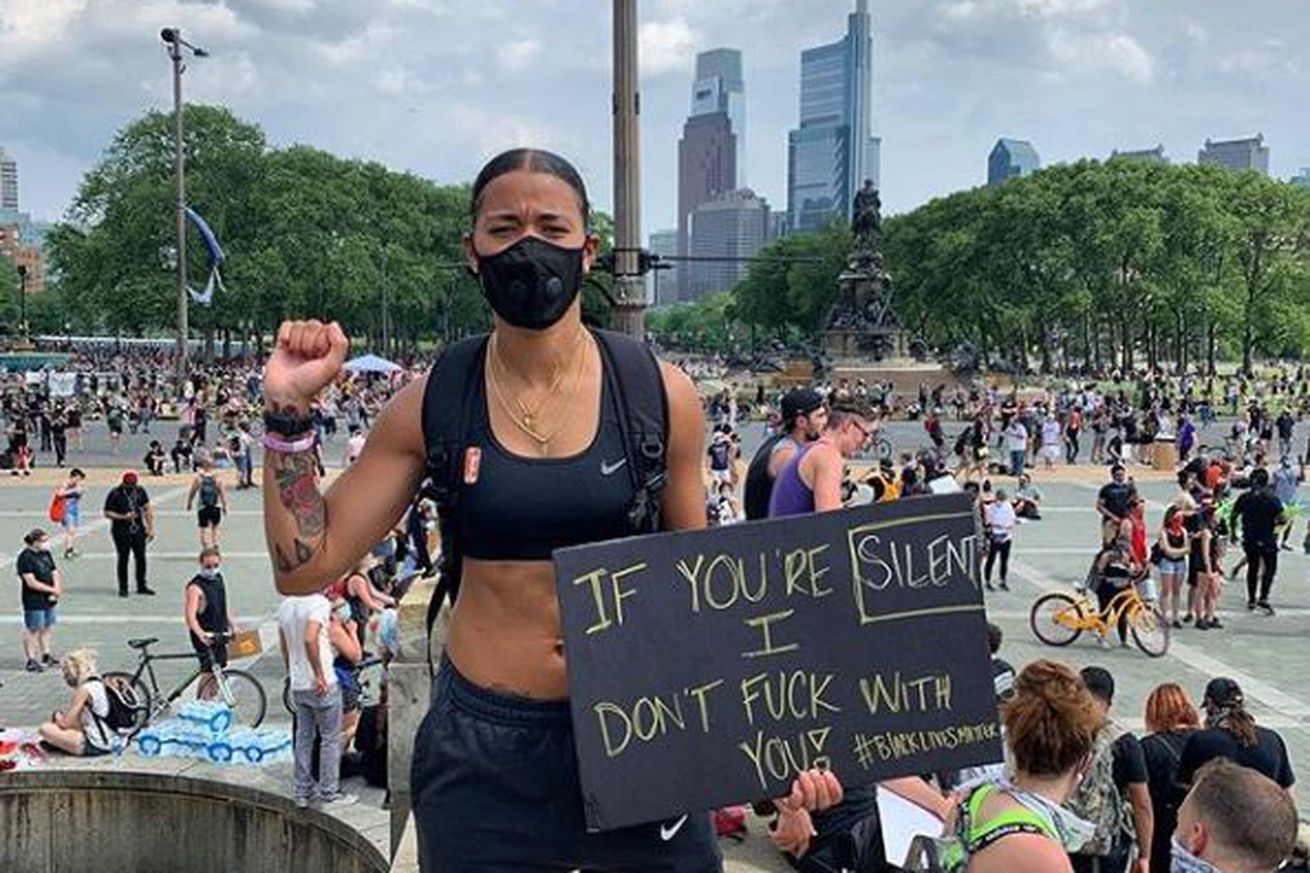 Natasha Cloud of the WNBA champion Washington Mystics has taken on the cause of gun violence in recent years and amplified her activism recently in the wake the murder of George Floyd and other unarmed black citizens.

Natasha Cloud is showing herself to be a winner on and off the court. Already an advocate for gun reform, the 2019 WNBA championship-winning guard of the Washington Mystics has thrown her energy behind a related issue of police killings of unarmed black people.

In a powerful essay published this week in The Players’ Tribune, Cloud noted that her platform may not be the biggest but that she’s using what she’s got. On the important issue of people choosing silence and bowing out when the topic of racism arises, Cloud wrote:

‘[S]eeing both sides’ means having blood on their hands – and ‘opting out’ means leaving innocent people to die.

It’s to tell them that neutrality about black lives might as well be murder.

It’s to tell them that their silence is the knee on George Floyd’s neck.

On Saturday, she joined thousands of protesters in Philadelphia demanding justice over the murder of George Floyd by a white police officer in Minnesota and an end to the institutionalized racism that dehumanizes black people to the point that they are assumed bad and killed with ease by police and armed civilians.

Thousands of people in Philadelphia continue to protest racism and police brutality following the death of George Floyd. Crowds in Center City stretched from the steps of the Art Museum and past the Cathedral Basilica of Saints Peter and Paul. https://t.co/LlmPCHjz7Q pic.twitter.com/6YJT2DvCW7

Cloud brought the vital issue of silence with her to the protest.

A challenge for fans who demand that players, teams and journalists “stick to sports”: Can you see the problem with proclaiming to “love” a player like Cloud but then feeling uncomfortable and growing silent when she speaks out against racial injustices that could cost any black person, including her, their life? What kind of soul searching will you do to love and support the human who faces the anguish of racism daily as much as you claim to love the basketball player?